The Foundry H20 – 2 is a small batch release by Foundry Tobacco Company as a part of their Compounds, Elements and Musings line.  Foundry Tobacco Company is a brand under the General Cigar Company portfolio.  At the 2013 IPCPR Trade Show, it was General Cigar Company who was the leader in terms of new product releases.  The Compounds, Elements and Musings line was perhaps the most ambitious as it introduced 12 new offerings and 18 blends under those offerings.  Six of the offerings would go brick and mortar exclusive, and six would become internet/catalog exclusive.   H20 was one of the brick and mortar offerings.  It would consist of three distinct blends – “H”, “2”, and “O” in one package.  Today we take a closer look at the H20 – “2” blend.  Several weeks ago I was impressed with the H20 – H. While the H20 – 2 is still a good smoke, it does fall short of its H20 – H sibling.

Compounds, Elements, and Musings pays homage to the periodic table of elements.  In the case of the H20, this is the formula for water.  The name is also appropriate because there are three blends packaged together.  Each package contains 12 cigars of the “H”, “2”, and “O” blends respectively.  Foundry has deemed the H20 se as a small batch offering and once the cigars are sold out, they are sold out. 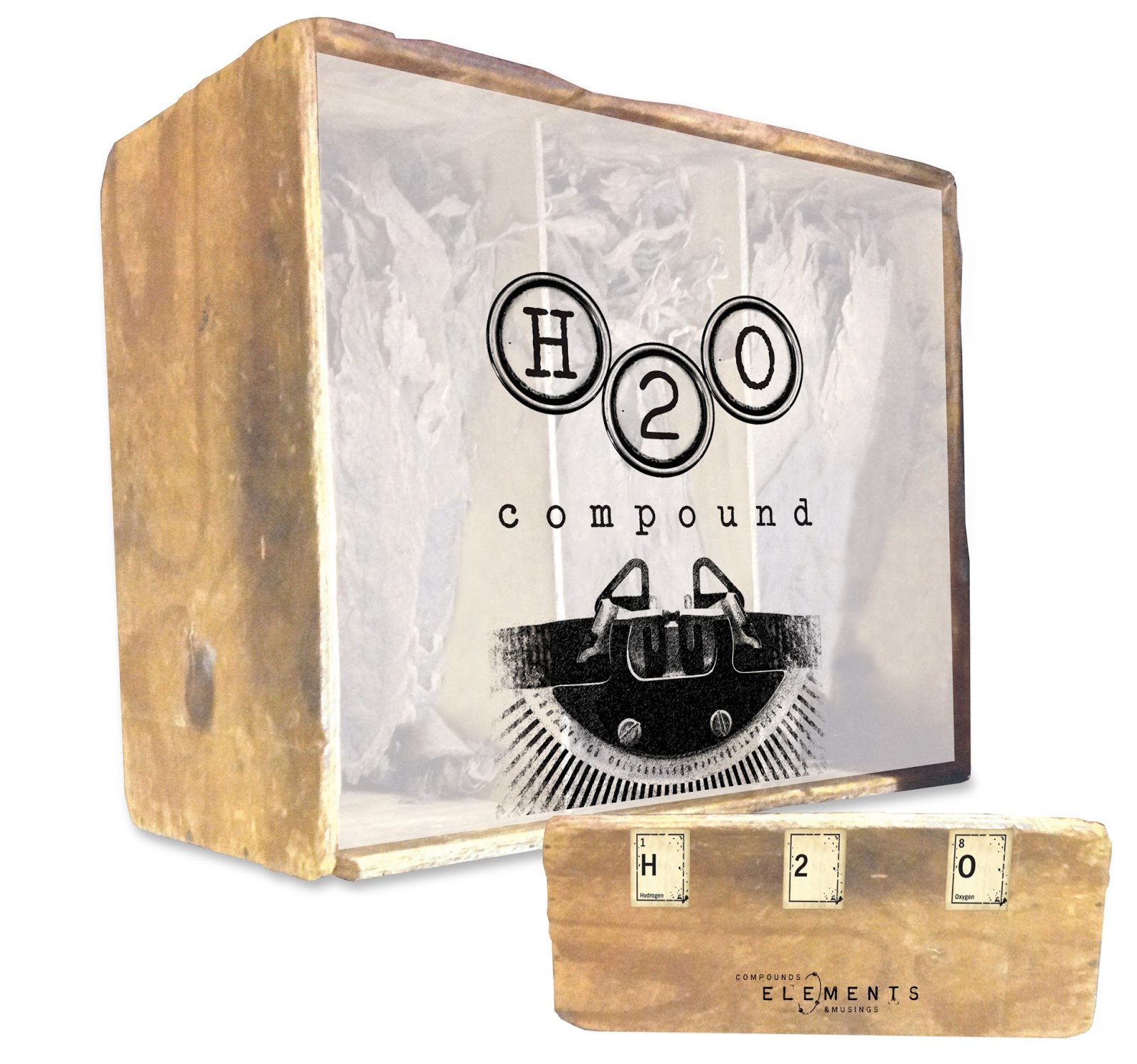 Without further ado, let’s break down the H20 – H and see what this particular cigar brings to the table.

Blend Profile
Foundry is choosing to keep much of the blend details a secret.  They do mention that each of the H20 blends contains Costa Rican and “mysterioso” tobacco.  No specifics on wrapper, binder, and filler have been disclosed.  In general,  Compounds, Elements, and Musings line uses tobaccos that are rare and limited.Wrapper: UnknownBinder: UnknownFiller: UnknownVitolas AvailableEach of the three vitolas measure 4 x 49 x 48.  The cigar is an artesian-designed perfecto with a fuse on the footer.

The wrapper to the H20 – 2 is the darkest in the three blend collection.  It has a roasted espresso coffee bean color with some darker marbling.  The wrapper has a slight oily complexion to it.  The wrapper seams are well hidden and there wasn’t much in the way of visible veins.

Prior to lighting up my H20 – 2, I went with my usual choice of a straight cut.  I kept the cut as thin as possible.  I then moved on to the pre-light draw where I was treated to notes of sweet chocolate and a subtle spice.  Ovreall, I considered the pre-light draw to the H20 – 2 to be excellent.

As I normally do with cigars that have a “fuse-like” footer (including the H20 – H), I toasted the entire footer before smoking.  Once this was completed it was on to see what the smoking experience would deliver.

The H20 – 2 starts out with a moderate blast of white pepper.  The white pepper was also prominent on the retro-hale from start to finish during the smoking experience.  Once the pepper subsided, note of chocolate and earth emerged.  By the five percent point, the white pepper, chocolate, and earth were all on even ground.

In the first half of the H20 – 2 the flavors of white pepper, chocolate, and earth alternated in and out of the forefront.  There was a slight sourness that also came from the tobacco.  By the middle of the H20 – 2, the chocolate notes reached the point where they were the richest.

The second half saw the pepper notes increase and toward the end they would have a slight edge. This is the way the flavor profile held until the end. There still was a little sourness at the end. The resulting nub was firm to the soft to the touch, but cool in temperature.

Normally I am not a huge fan of the way artesian/figuardo/perfectos burn draw.  With the case of the H20- 2 this cigar proved to me one can deliver in this shape.

Like the H20 – H, the H20 -2 burned very nicely.  In fact I thought the burn was relatively low maintenance as it required little in the way of touch-ups to remain straight.  The resulting ash was a classic charcoal gray color with some darker spots mixed in.  The burn rate and burn temperature were ideal.

The draw was nearly identical to the H20 – H.  It had a touch of resistance – something I like on a draw.

From a strength perspective, I did not find the H20 – 2 to be a nicotine bomb.  It delivered just enough strength to satisfy most cigar enthusiasts and I assessed it as falling into the medium range.  As for the flavors, I found there was some nice depth to them.  Overall, I assessed the H20 – 2 as having just enough depth to qualify this as a full-bodied smoke.  When looking at strength versus body,  I definitely gave the edge to the body here.

Final ThoughtsThis is the second of the three H20 – 2 blends I have assessed.  One common thing that impressed me on the H and 2 blends is for an artesian-styled figuardo, this cigar shape performed very well from a construction standpoint.  When I smoked the H20 – H, I was really impressed by that particular blend.  My expectations were now much higher as I smoked the H20 – 2 blend.   While some of the sour notes disappointed me on the flavor profile, overall I just wasn’t wow’d by the smoking experience of the H20 -2.   Normally notes of white pepper, chocolate, and earth work for me – just not in this particular case.  While this is a cigar that did mix with my flavor profile, there is still enough here where I would still encourage you to pick one up and make your decision.  While the H20 blends come packaged together – assuming the H20 – 2 was packaged in its own box, I’d have this as a “Try One”.
Summary
Burn: Excellent