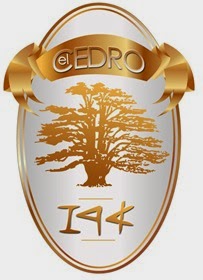 Anwar Elboustani, founder of El Cedro Cigars was our special guest for Episode 94 of Stogie Geeks and announced he is planning on adding a Toro into his El Cedro line of cigars.

According to Elboustani, the size is currently planned to be a 6 x 56 cigar. It will become the third different size offered under the El Cedro line.  The big difference is that this will be a new blend, with most notably a new wrapper.  Elboustani told stogie Geeks they are looking at blends with a Brazilian Cubra and a Brazilian Mata Fina wrapper, but no final decision has been made.

Elboustani mentioned he hopes to have some of the initial samples made available around the time of the 2014 IPCPR Trade Show in Las Vegas, Nevada.  He also said the cigars need to undergo the proper aging process.

El Cedro Cigars was founded by Elboustani last year.  The El Cedro line was the first line launched by the company.  It was launched in a Corona Gorda and Robusto.  It featured a Dominican Havana Criollo wrapper grown exclusively for the Kelner family.  The cigar line is made at Hendrick Kelner Jr.’s Kelner Boutique Factory (KBF) in the Dominican Republic.

The video for our cigar conversation with Elboustani is included below: