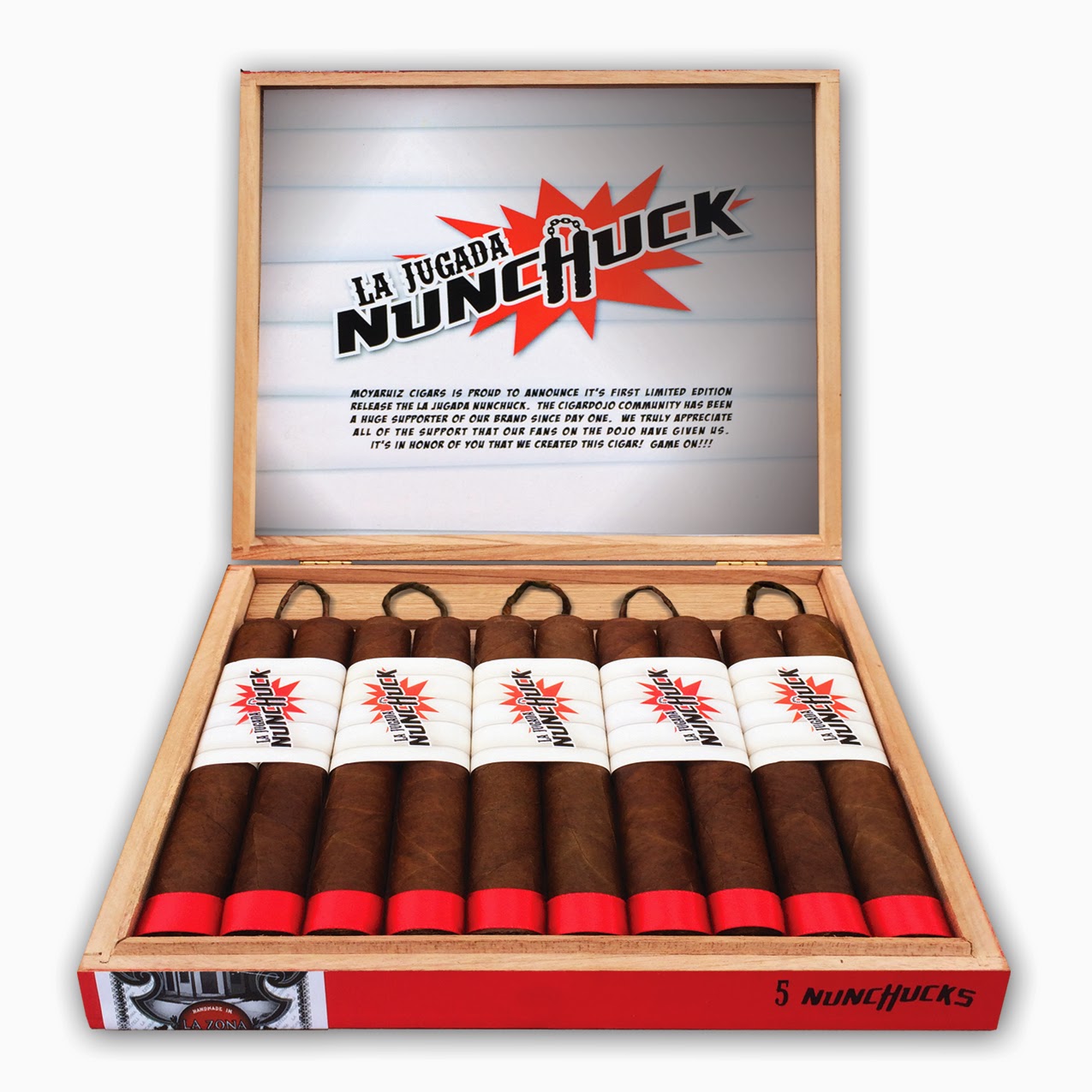 Moya Roya Cigars has announced their third blend, the limited edition La Jugada Nunchuck will make its debut at the 2014 IPCPR Trade Show in Las Vegas.  This release has been talked about for several months as it features cigars paired in the shape of a nunchuck weapon.

The La Jugada Nunchuck is unique features two cigars that are connected by the head by a fuse, thus creating the look of a nunchuck.  The two cigars are designed to be sold as a pair and will be packaged in boxes of ten (five pairs).

The Nunchuck project was inspired as a tribute to the Cigar Dojo social media community.  The design of the cigars was conceived by Moya Ruiz co-founders Danny Moya and Nelson Ruiz.

“Our company was coming up to its one year anniversary so we wanted to create something special, something unique.  We made this limited edition cigar (1000 boxes) in dedication to the members of the Cigar Dojo. This social media community has supported us from day one, and is one of the key reasons for our company’s success,” stated Danny Moya.

As with the company’s first two releases, the La Jugada Prieto and La Jugada Habano, the La Jugada Nunchuck will be made at Erik Espinosa’s La Zona factory in Esteli, Nicaragua.

While the company is launching at IPCPR, there will be several pre-release parties throughout the month of June. 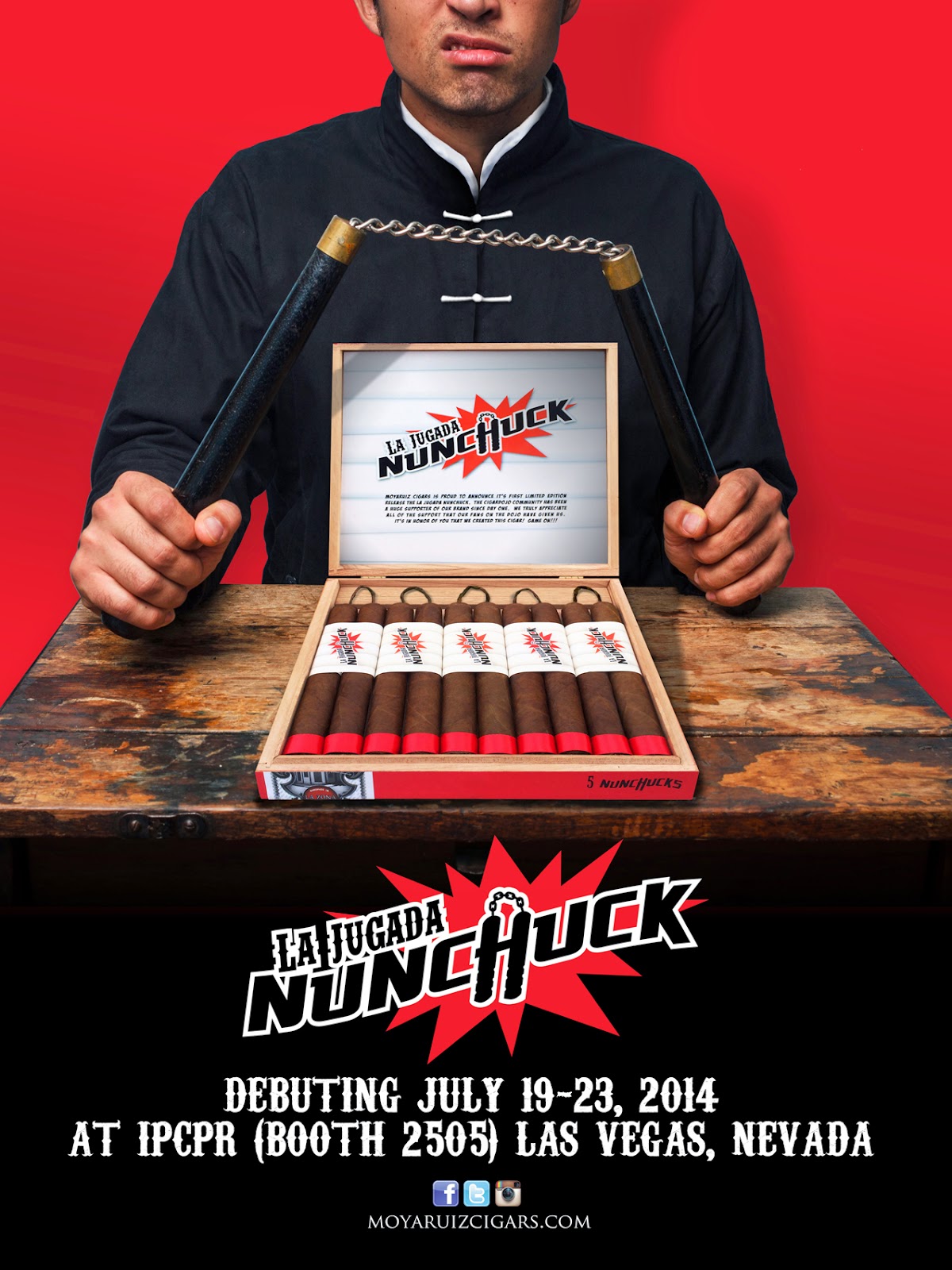