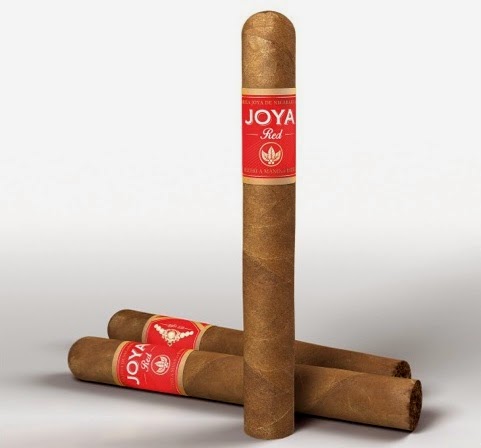 Joya de Nicaragua has announced that the 5 1/2 x 54 vitola in their upcoming Joya Red line will be renamed from Cardinal to Canonazo.  Accoding to the company, the name change was “due to a conflict” with the name.

The Joya Red was announced one week ago, the cigar is a Nicaraguan puro being launched in four sizes.  The other vitola names have renamed unchanged. The Joya Red is being positioned as a more “medium” smoke as opposed to the stronger, more fuller smokes that Joya de Nicaragua is known for.  Plans are for the line to be launched at the 2014 IPCPR Trade Show in Las Vegas.

At a glance, here is a look at the Joya Red line: