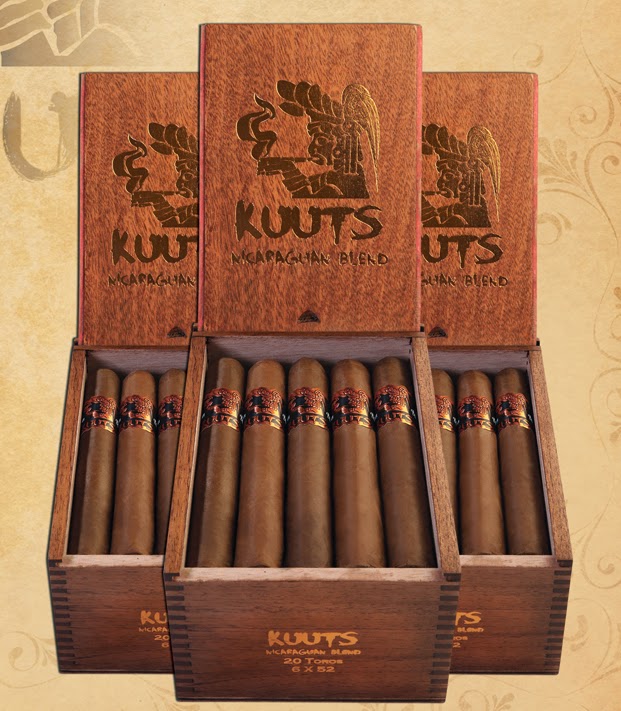 Kuuts LLC is getting ready to introduce its fourth line. The Kuuts Nicaraguan Blend will make its debut at the 2014 IPCPR Trade Show in Las Vegas and will ship in August.   This will be the first cigar to carry the Kuuts name.

It was back in March, when Gabriel Alvarez, Operations Manager for Kuuts LLC was a guest on Stogie Geeks and confirmed the project to us. On that show, Alvarez mentioned while the blend would be Nicaraguan, the cigar would feature an Ecuadorian Habano wrapper.

The Kuuts Nicaraguan Blend will be available in five sizes in twenty count cabinet style boxes.

The name Kuuts is Mayan for cigar.  Last year Kuuts announced its intentions to enter the United States market. The cigars are made by Compania Hondurena de Tabacos and have a strong presence in Europe.  The company recently opened a new factory in Danli, Honduras.

The company describes the Kuuts Nicaraguan Blend as a medium bodied cigar.

At a glance, here is a look at the Kuuts Nicaraguan Blend: