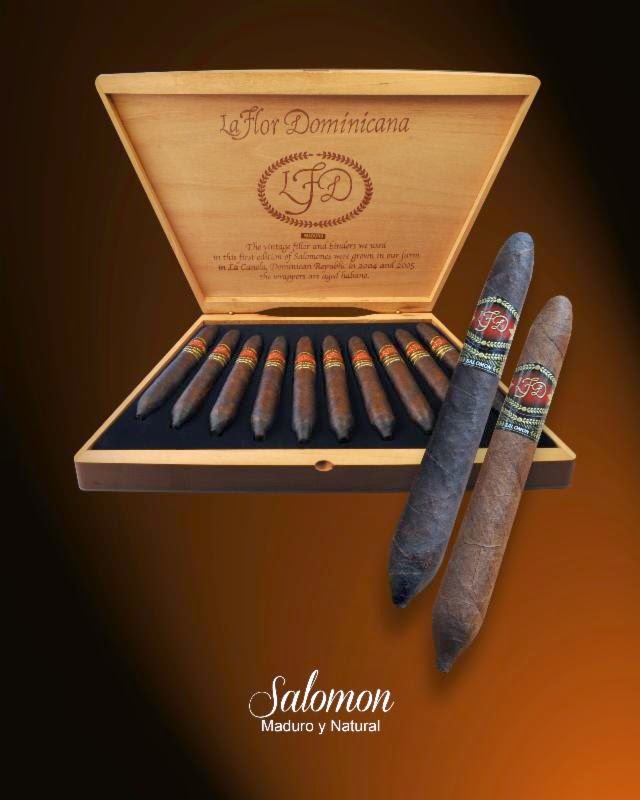 According to a press release by the company, these cigars have been maturing for some time in the company’s aging room.

At a glance, here is a look at the La Flor Dominicana Salomones:

Both the natural and maduro version of the Salomones will be a 7 x 64 vitola. The cigars will retail at $25.20 and each will be packaged in ten count boxes.