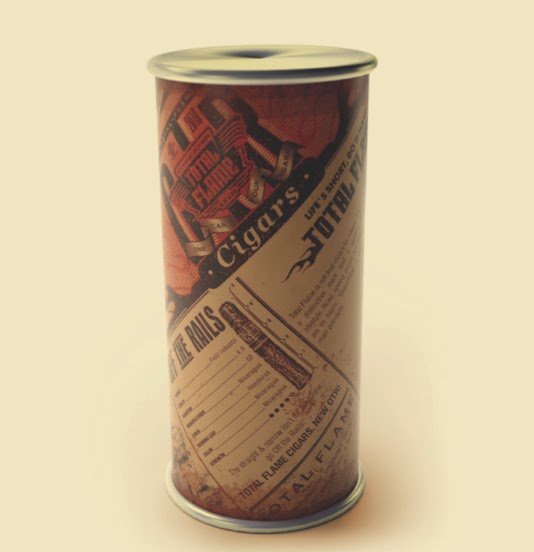 Total Flame Cigars will a petit robusto in canister packaging. The Total Flame OTR (Off the Rails) will be launched at 2014 IPCPR Trade Show in Las Vegas and is targeted for release this November.

The Total Flame OTR features four cigars in a canister. Each cigar measures 4 1/2 x 52 and is designed with portability and a quicker smoke in mind.  The cigar itself is positioned as a medium strength smoke. The OTR is being made at the Plasencia factory in Nicaragua.

The OTR consists of a mix of Honduran and Nicaraguan tobaccos.

As mentioned the OTR is available in one size – a 4 1/2 x 52 petit robusto – packaged four cigars per canister.