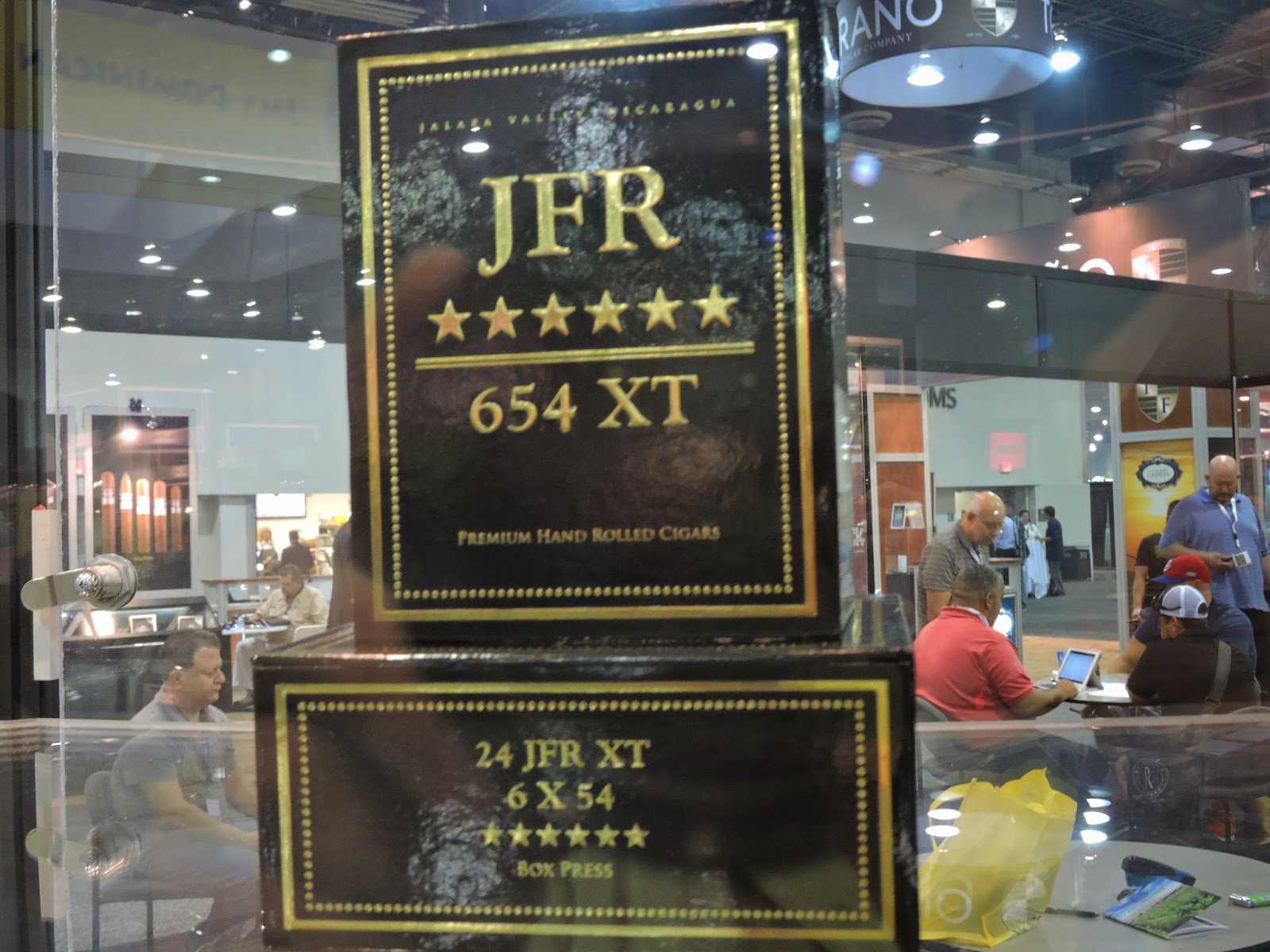 At the 2014 IPCPR Trade Show, Casa Fernandez showcased a new offshoot to its JFR line.  The JFR XT introduces box-press offerings in a Corojo or Maduro wrapper option.

JFR stands for “Just for Retailers” and was introduced as line primarily for brick and mortar stores.  The new XT offerings feature a blend that is stronger in strength and body for both the JFR XT Corojo and the JFR XT Maduro.

Both the JFR XT Corojo and JFR XT Maduro are being launched n three box-press sizes.  One of the sizes is a 7 x 70.  When the original (rounded) JFR line was introduced, the 7 x 70 line was groundbreaking as one of the first 70 ring gauge releases.

The JFR XT joins the Aniversario Serie 2014 – The Ares and Arsenio Serie Oro as IPCPR launches by Casa Fernandez.

At a glance, here is a look at the JFR XT line:

The JFR XT line is being made at Casa Fernandez’s factory in Esteli, Nicaragua:

Both the JFR XT Corojo and JFR XT Maduro are available in three sizes: