Assessment Updates will be posted on this web-site to: 1) Assess “pre-review” cigars that were not given a rating or score (typically pre-release cigars); 2) Provide numeric ratings to cigars previously assessed prior to the implementation of the numeric scoring system; 3) Provide a re-assessment and re-score of a previously assessed/score cigars. Today, we re-assess The Collective by Cigar Federation. This was a cigar we did a pre-release assessment of back in February 2014. 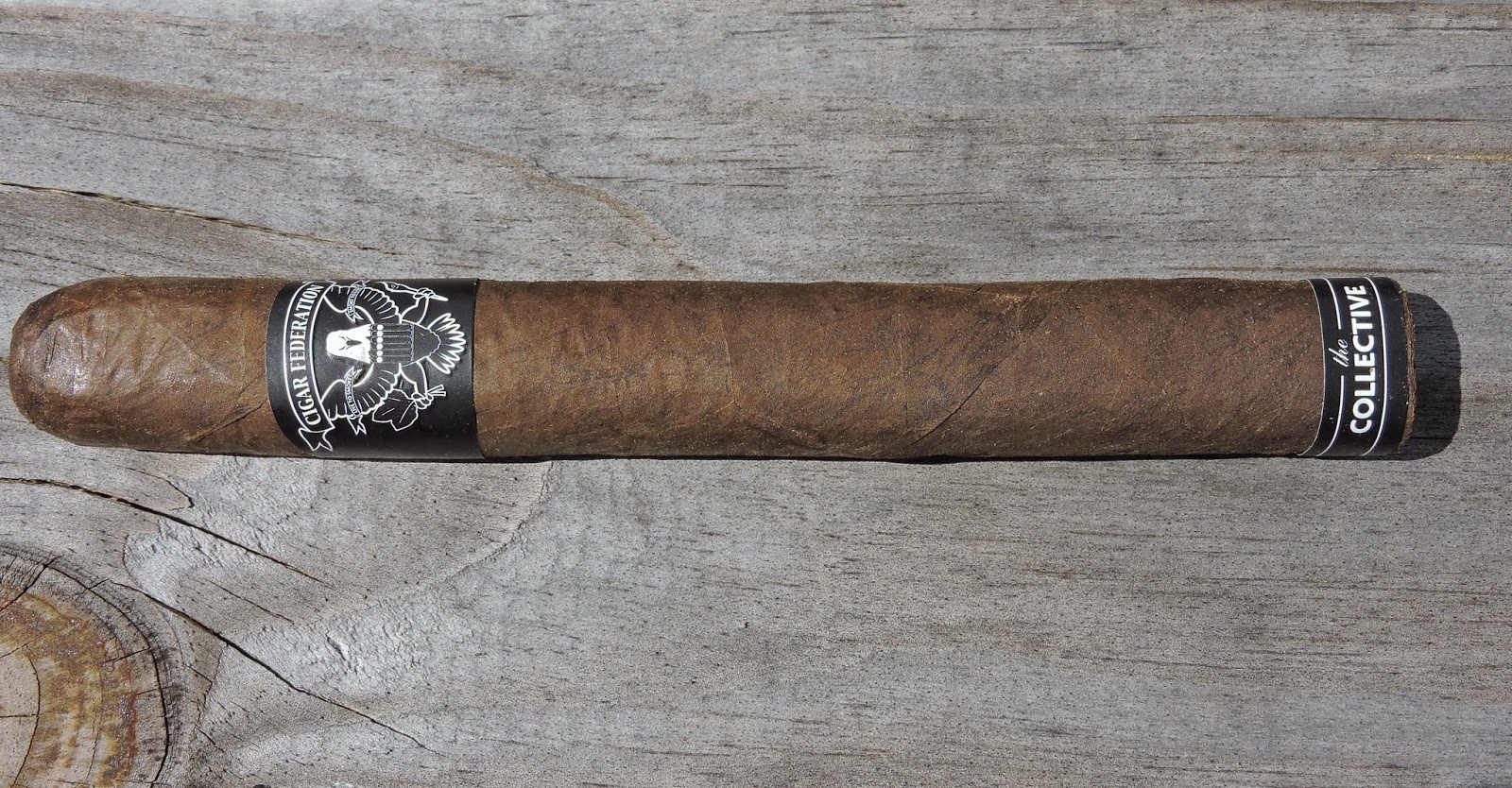 The Collective is a limited production cigar that was dedicated to the Cigar Federation community. The cigar comes from Ezra Zion Cigar Company. It is sold exclusively in the Cigar Federaton Store and can be considered Ezra Zion’s first shop exclusive. This cigar brings something unique to the table for a few reasons. First the cigar uses a San Andres Cafe Claro wrapper – a wrapper that Ezra Zion says has not been used on a cigar before. Secondly, the cigar features a double binder of both Nicaraguan Criollo and Corojo. Finally, the blend incorporates medio tiempo primings in the tobacco. Medio tiempo is a high priming leaf that is found on only a small amount of cigar crops.

The flavor profile has notes of chocolate, tea, earth, and red pepper.  Back when The Collective was announced, it was mentioned that this cigar had notes of chai tea.  While its a fair argument to say the power of suggestion might have been at play here, I’m also confident that there are tea notes.  To me the notes had a smooth chocolately creaminess mixed in as well.  This flavor profile of the Collective had more smoothness in the first two thirds.  The last third had much more spice and did lack some of the smoothness.  I found the strength this time around to remain medium to full throughout the smoking experience.  As for the body, the flavors were actually a little bolder and were full-bodied in my book.

Six months ago, when I originally assessed the pre-release review, I assessed it as follows:

The flavors produced were very good. The one thing I was clear to me is that the best is still yet to come with this cigar. The Collective has an intangible quality where my gut tells me there is still some aging potential over the next few months with this cigar. I think this aging will even mature the flavors some more – and it could quell some of the strength in the second half.

The part about quelling of some of the strength is definitely true. The flavors also matured as well. However, the contribution of the aging wasn’t quite what I expected six months ago. I still think there is long term aging potential with this cigar. However this latest smoke of the Collective was a cigar that smoked quite well. The flavor profile had enough intangibles and in the end it is worthy of a box split in my book.