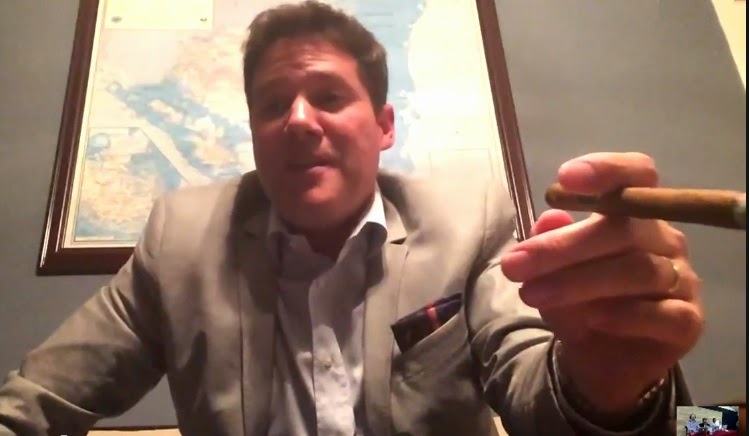 It was exactly two years ago today when an announcement was made that a company called Global Premium Cigars and Gary Griffith’s Emilio Cigars entered into a distribution agreement.  At the time, Global Premium Cigars was an unknown Nicaraguan-based manufacturer.  Headed by its CEO and founder Enrique Sanchez Icaza, Global Premium Cigars was making a line of cigars called 1502.  Now two years later, Sanchez’s 1502 Cigars are grown into company that is very much on the radar of cigar enthusiasts.  Back at the 2014 IPCPR Trade Show, I caught up with Sanchez.  With 1502 Cigars latest release, the 1502 Nicaragua now hitting retailer shelves, this is a good time to recap our conversation we had with Sanchez and get some insights into what is going on.

On how 1502 Nicaragua was received at IPCPR….

“The first day we ran out of samples and we brought a lot of samples. They are flying out, with the price point and the quality control – and besides you cannot get more Nicaraguan than this. It has Jalapa, Condega, Esteli, and Ometepe – all in one cigar. It is incredible!”

On the slightly different packaging and banding of the 1502 Nicaragua…

The noticeable difference in the banding is not just the white color of the band, but some design changes as well. The band has a simpler look as well. According to Sanchez:

“The plan was to make the box simple, the bands simple and keep the price down (the Robusto carries a price point around $6.95)”
Sanchez added, “The Spanish Dubloon was not used on the band because its a pure Nicaraguan.”

The 1502 Nicaragua has been launched in one size. A 5 x 50 Robusto. Sanchez explained the reasons for going with the Robusto, and it sounds clear that he has plans for further extensions that are yet to be announced.

“The only one (Robusto) we we had on the market before the Nicaragua was that Ruby. There were a lot of people asking about Robusto – so we create that only for the Robusto. Maybe later on and that will be a surprise – maybe it will a churchill, maybe it will be a corona, maybe it will be a lancero. We’ll see. For now, we will only have it in a Robusto size.”

The 1502 Nicaragua is in a box-pressed featuring the brand’s signature “cigar lock” in which the wrapper partially folds over on the footer. When I asked Sanchez about that he replied, “It has to be – it’s a 1502”

Earlier this year, 1502 released 7 x 40 box-pressed line extensions for the Emerald, Ruby, and Black Gold. Sanchez told me why he went with the lancero:

“It’s very interesting when I started getting the lanceros out I had people telling me this is a 60 ring or plus market. My answer was very simple, ‘I don’t care. I do what I like.’ A lancero is an outstanding size. It’s the complexity and flavor you get out of those. Besides, have you ever seen a box-press lancero with a perfect draw? You will see it on a 1502 cigars.”

On the planned Corona Line Extensions..

Sanchez reiterated to me at the 2014 IPCPR Trade Show that the corona line extensions are coming later this year for the existing lines. Consistent with the rest of the 1502 cigars, it will be a box-press. The Coronas will measure 5 1/2 x 42. Sanchez acknowledged like the box-press lancero, the box-press corona is not a common size. He looked to that as something that works in his favor.

On how he has grown his lines…

While many cigar manufacturers have taken an approach of releasing many vitolas at the same time, Sanchez has not taken this approach. He has slowly added line extensions over time. Sanchez acknowledged this was a part of his plan:

“You have to think about client. It’s always a big problem with shelf space. If you bring a line with a lot of faces, it will be impossible to have it all. Give them what the need, and little by little you start expanding. We definitely do our homework. We talk to the clients who are our friends and see how we can approach and help them better.”

From an external point of view, an argument can be made that of all of the brands that have been added to the House of Emilio portfolio, 1502 is one that has experienced some incredible growth. From the reception of the 1502 Nicaragua at IPCPR to the constant re-orders of existing 1502 lines by retailers, it is clear this company has grown in the past two years. Sanchez commented: “We are honored. We are very pleased with the results. But you know what the best satisfaction we get out of this year – that smile our clients and consumers have every time they have a 1502.”