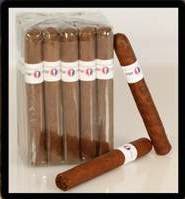 According to a press release, there will be a limited run of 2,000 cigars made.  The cigar will be produced in a single size  – a  5 1/8 ” x 42” corona size.  The cigar is described as a medium-plus smoke. It was designed to be a smoke that is bold and flavorful.  Viva Republica Owner Jason Holly says, “This release features a prototype Nicaraguan wrapper I have been working with. In terms of the blend, it’s a bit different style than the regular production portfolio.”

The cigar is the first special run for both Viva Republica and Operation: Cigars for Warriors, According to the press release the cigar sales are expected to be the largest single cash donation in the history of Cigars for Warriors.

“For Veteran’s Day this year I wanted to do something for an organization that I truly believe in,” said said Holly. “The volunteers of Operation: Cigars for Warriors work tirelessly to get cigars to the men and women fighting for our country.”

“The support of Viva Republica could not have come at a better time,” said Storm Boen, Chairman of the Board for Operation: Cigars for Warriors. “Every month we have more requests from active duty troops than our all-volunteer organization can fill and the donation from the sale of Viva’s cigars will be used to defray our shipping costs when sending cigars to troops overseas.”

Viva Republica is distributed exclusively in the United States by Miami Cigar and Company.  In 2013, Cigar Coop named the company one of our “2013 Five Boutiques to Watch”.  Recently, the company has shipped its latest regular production cigar, Viva Republica Propaganda.  Operation: Cigars for Warriors is a non-profit charity that focuses on collecting and dispersing premium cigars and accessories to American service men and women serving in combat zones.