Assessment Updates will be posted on this web-site to: 1) Assess “pre-review” cigars that were not given a rating or score (typically pre-release cigars); 2) Provide numeric ratings to cigars previously assessed prior to the implementation of the numeric scoring system; 3) Provide a re-assessment and re-score of a previously assessed/score cigars. Today, we re-assess the Avo 25th Anniversary Edition with the version included in the Avo’s Greatest Hits Sampler. This was a cigar we originally assessed back in November, 2012.

The Avo 25th Anniversary Edition was released back in 2012 to commemorate Avo Brand Ambassador Avo Uvezian’s 25 years in the cigar industry.  It was a limited edition cigar where 2,000 boxes of 25 were produced in a humidor designed like a piano.  Each year, the Avo brand has an annual limited edition release timed around Uvezian’s birthday in March.  While there was the Avo Limited Edition 2012 La Trompeta which was the 2012 birthday release, the Avo 25th would add a second limited edition release later that year.  Fast Forward to 2014 and this year, a sampler of all of those birthday limited editions (minus 2005) was released called Avo’s Greatest Hits   The sampler consists of one cigar for each limited edition for a total of 14 cigars. The Avo 25th Anniversary was unique in that it was the one cigar included in that sampler that was not part of the annual birthday releases. 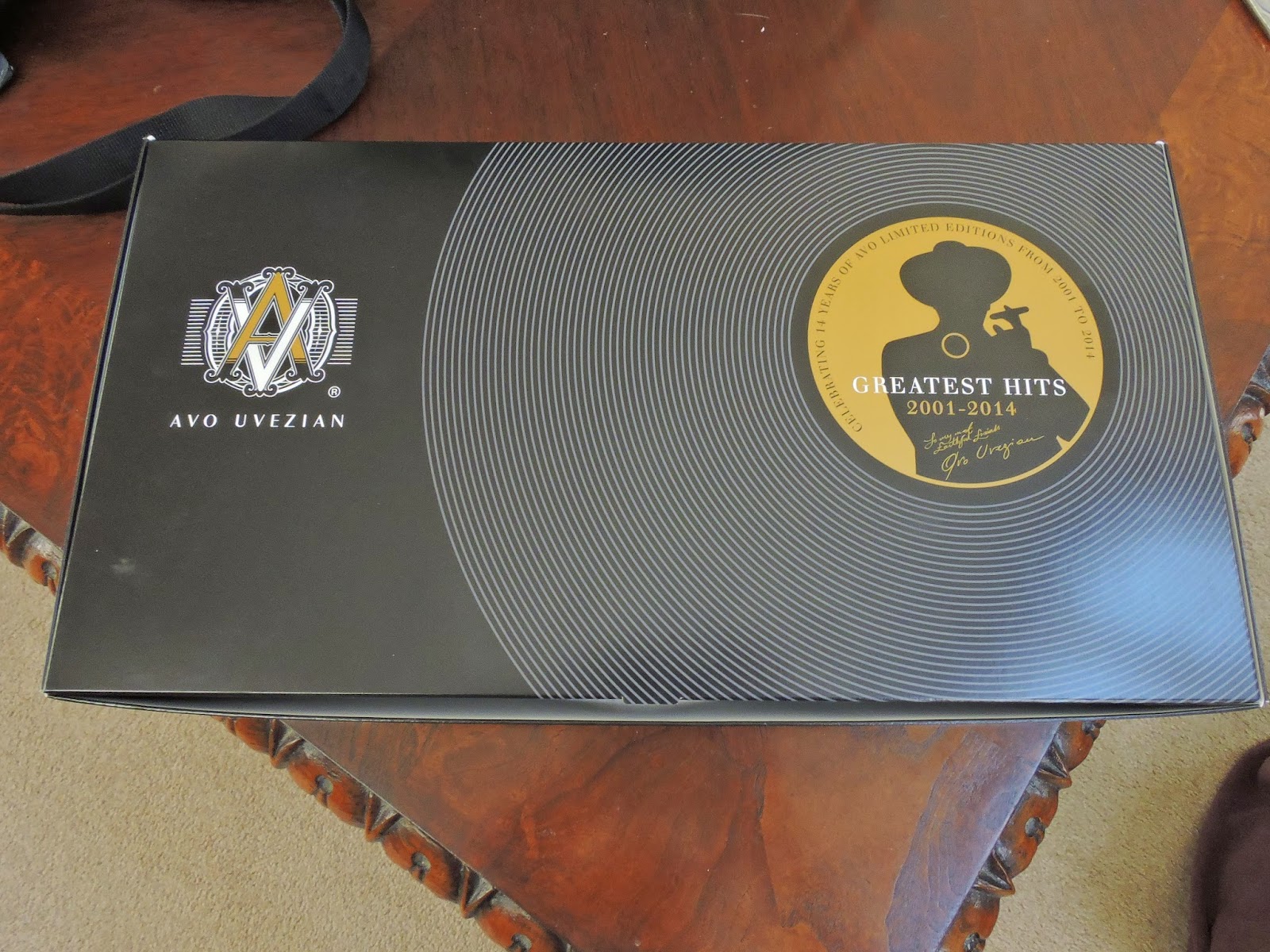 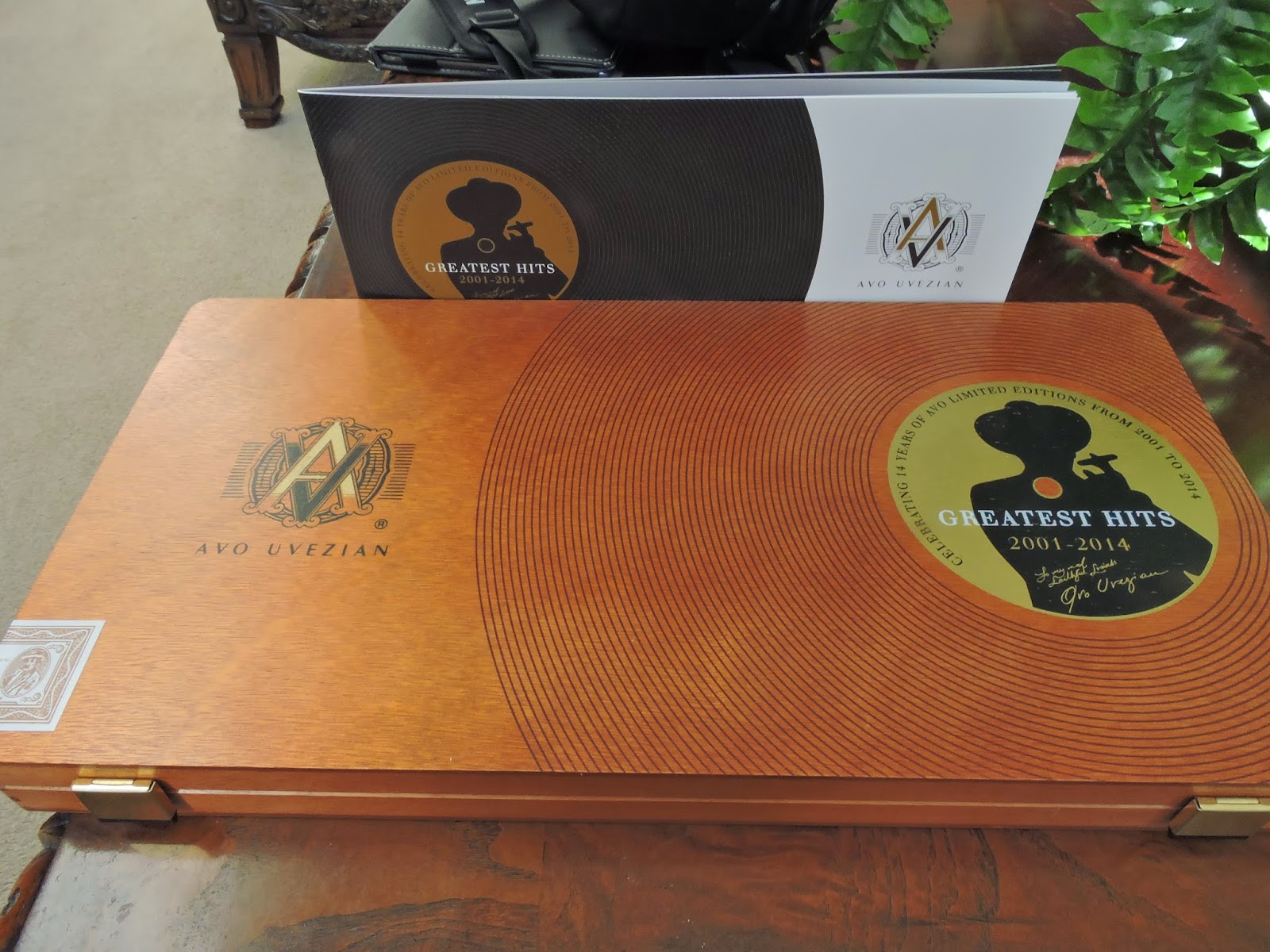 In terms of the cigars included in the package some have had their blends reconstructed using the same tobaccos (The LE05 was not included because this the reconstruction of the blend could not be done to Master Blender Henke Kelner’s satisfaction). It has not been disclosed whether or not the Avo 25th Anniversary is a hold-over from 2012, or if it has been reconstructed. 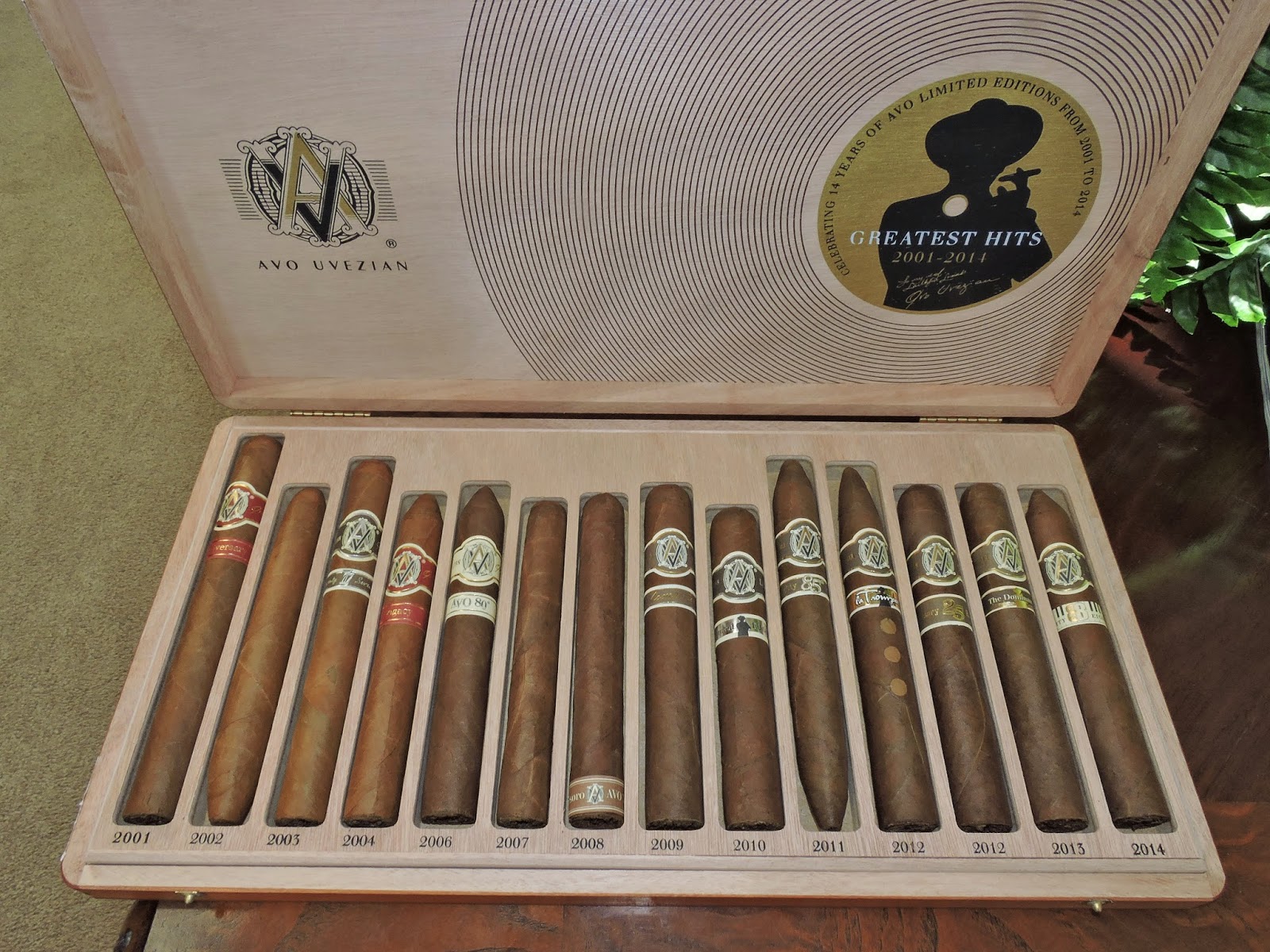 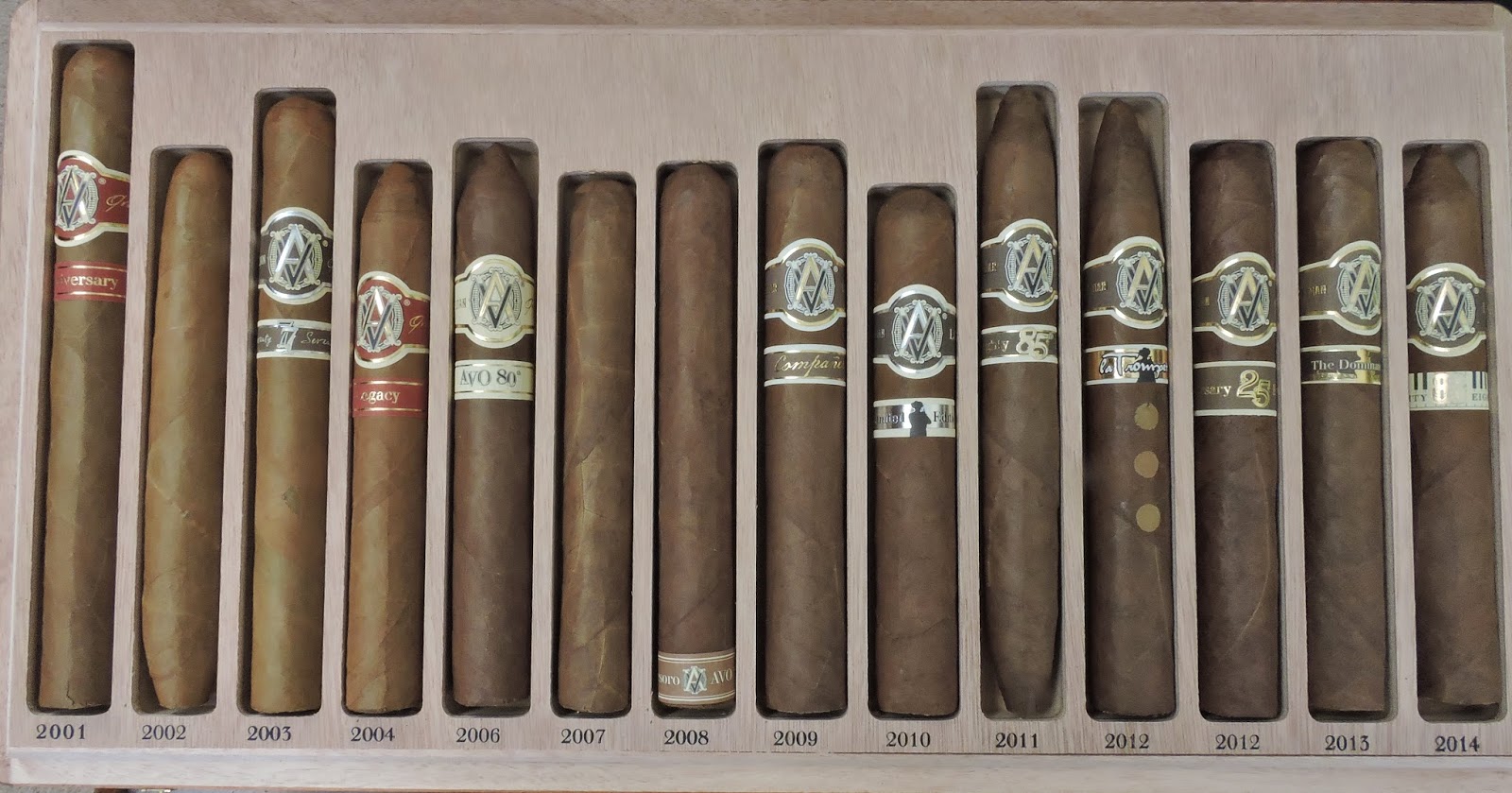 The sampler version of the Avo 25th started out with notes of black pepper.  The pepper subsided early on by what I would call “slightly sweet chocolate” and earth notes. The pepper was still present but now was joined by notes of cedar, grass, and cream.  As the cigar progressed I found the chocolate notes diminished and the earth and grass notes surfaced. On the spice angle, the pepper eventually displaced the cedar.  The latter part of the cigar saw the pepper spice become more dominant. There wasn’t as much harshness at the end of this one as the 2012 version. For this 2014 release in the sampler, I found the flavor profile to be in a similar wheel-house from 2012.

Strength-wise I found this to be a cigar to still smoke medium and the body to be also medium. The body was definitely dialed back in the sampler version compared to the 2012 one.

Like 2012, I could not get the sampler one to have a straight burn.  It required more touch-ups than I preferred.

Overall my assessment of the Avo 25th Anniversary in the sampler is very similar to 2012. It’s a good cigar with decent flavors, but when compared to many of the other Avo limited editions it does fall a little short.  It scores lower this time around given a revamped scoring system, but I’m not sure this cigar aged to the point I would have liked it to. Still, if you are an Avo Cigars fan, I’d encourage you to try one.