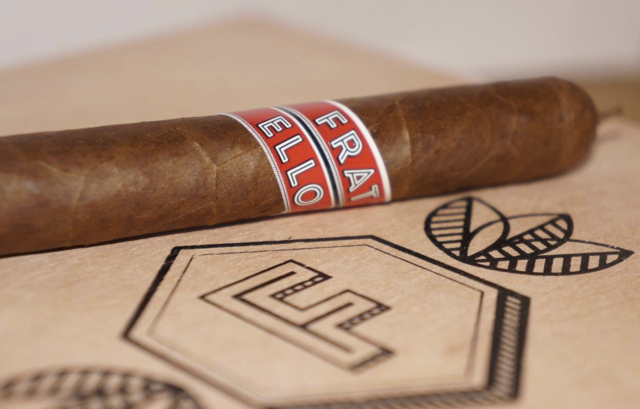 Fratello Cigars has announced its first shop exclusive cigar.  Company owner Omar de Frias announced in a press release that the Fratello Lancero will be heading to Stogies World Class in Houston, Texas.  This becomes the sixth vitola to be made in under the Fratello umbrella.

The Fratello Lancero will be a traditional lancero size – measuring 7 x 38.  It will be packaged in boxes of twenty and a total production of 500 boxes.  The cigar will only be sold at Stogies World Class.  The Fratello blend features a Nicaraguan Habano wrapper and Ecuadorian Sumatra binder over a filler of Peruvian tobaccos. De Frias told us the filler is basically a Peruvian blend which was differs from the original line,

According to de Frias, “When I first met Jorge Ahued from Stogies he was smoking the Fratello Corona and after 10 minutes he said this would be amazing in a Lancero; the rest is history.”

This is the third shop exclusive lancero made for Stogies World Class.  Last year the company was the recipient of the Room 101 Namakubi Ecuador H-Town lancero.  This was followed up earlier this year by the Alec Bradley Nica Puro H-Town lancero.