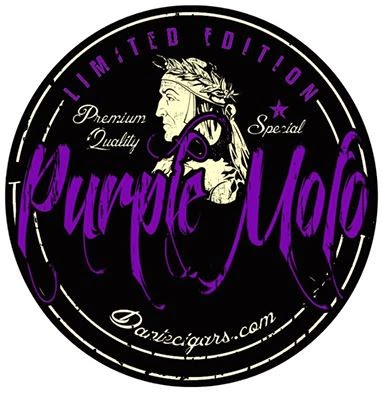 Dante Cigars is getting ready to launch its third release.  This one will be the company’s first limited release and is called the Dante Purple Mofo.  A release date is scheduled for March 20th, 2015.

According to the company, the cigar will be sold in either wet-packed bundles of 20 and 5 packs. A total of 1,500 cigars have been produced divided among 50 bundles and 100 5 packs. The cigar features Casa Fernandez’s Aganrosa tobacco and is rolled at their Miami factory. &The cigar is being produced in one size – a Corona Gorda.

The Purple Mofo is being released to Burns Tobacconist (Chattanooga), Underground Cigar Shop (Fort Worth, Texas), Westside Humidor (Wichita, Kanass), and Cigar Federation. The company is also accepting pre-ordes at 703.294.6363.

Dante Cigars was founded by Virginia-based tobacconists – Mo Fakhro and Michael Huff. The company’s first release was the eponymous-titled Dante Cigar which was a San Andres Maduro. Last year, the company followed up with its Corojo release, the Dante Vita Nova. The name of the brand pays tribute to medieval Italian poet Dante Alighieri. Dante’s epic poems would be read throughout what would become Italy and his written dialect would become the basis of the Italian language.

At a glance, here is look at the Dante Purple Mofo:

As mentioned, the Dante Purple Mofo is blended with Aganorsa tobacco.

As mentioned, the Dante Purple Mofo is being released in one size – a Corona Gorda.