Ortega Premium Cigars and El Primer Mundo Cigars have announced the list of retailers that will carry their collaborative project called Larceny.  A list of 42 retailers have been selected and are being referred as “The Larcenists”.

Two weeks ago, the Larceny project was announced. The concept behind this project is that each brand owner has created a cigar for the other brand owner. Each brand owner will then release the swapped blend to the public under their own name (i.e. the Ortega cigar will be the cigar Primer Mundo owner Sean Williams created while the Primer Mundo cigars will be the cigar Ortega owner Eddie Ortega created. The cigars are being made at Erik Espinosa’s La Zona factory.

Each box will contain 20 cigars with 10 cigars of each blend.  Production numbers for Larceny have not been disclosed.

Availability of the cigars is expected to be announced in the near future.  The following are the list of retailers: 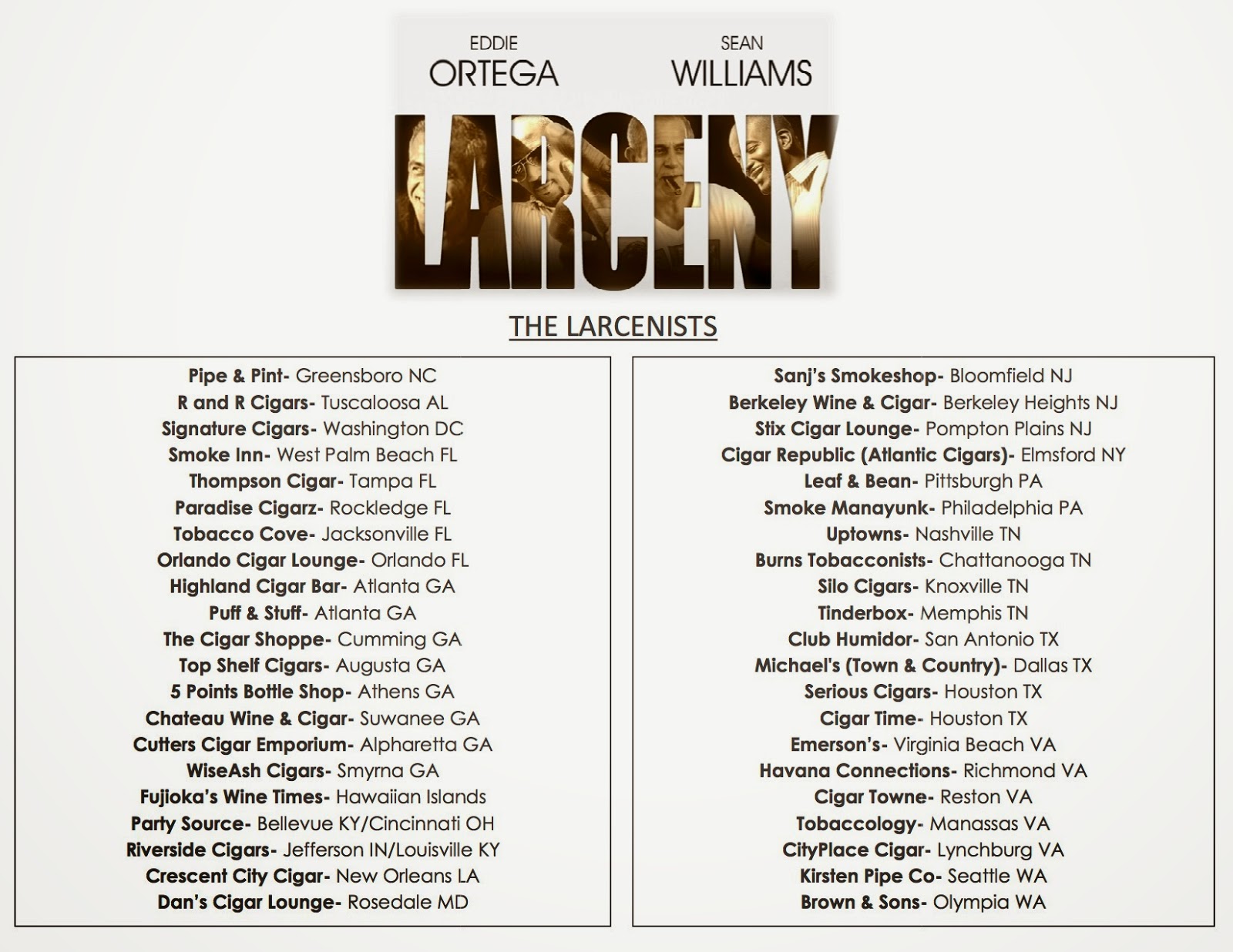