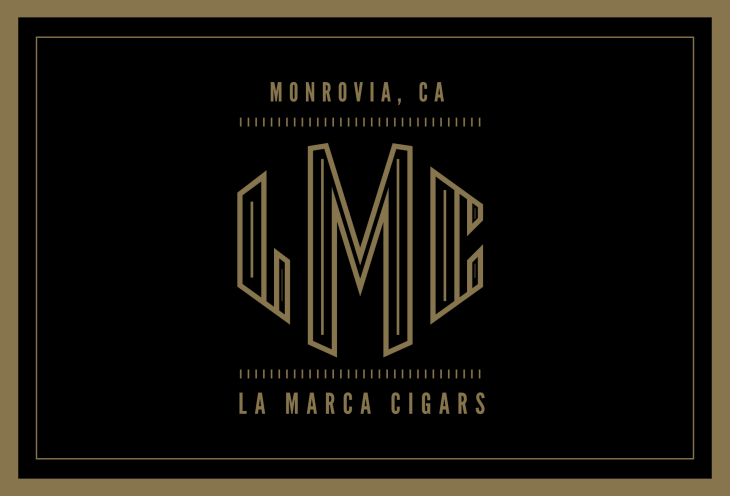 Southern California-based retailer La Marca Cigars will be receiving a shop exclusive cigar from Rodrigo Cigars called the LMC Aniversario.  The cigar will be launched at an April 5th event commemorating the shop’s first anniversary.  Rodrigo Cigars owner and founder George Rodriguez will be in attendance.

The LMC Aniversario will be offered in one size – a 5 7/8 x 46 Corona Gorda.  It will be sold in ten count boxes with each cigar having a suggested retail price of $8.75.   The LMC Aniversario will be made at Rodrigo Cigar’ longtime manufacturing partner Tabacalera William Ventura and consist of a HVA (Habana Vuelta Abajo) wrapper from Ecuador, an HVA binder from the Dominican Republic, and a filler blend consisting of Corojo 2006, Criollo 98, and Piloto Cubano from the Dominican Republic.

In a press release announcing the LMC Aniversario, Ken. C Wu Co-Owner of La Marca Cigars commented: “Last year, George Rodriguez came to our shop and we hit it off. As we hung out, our conversation drifted towards a collaboration with George and the factory who manufactures his Rodrigo Cigars, Tabacalera Ventura. We love Rodrigo Cigars and knew about the Ventura family’s boutique pedigree, so we were extremely excited about the prospect.”`

“Henderson Ventura and I set out to make a cigar that reflected what La Marca Cigars is all about – commitment to craft, camaraderie amongst amigos and an undeniably cool SoCal vibe. The cigar, like the shop, is pure boutique. The appearance of the LMC Aniversario is exquisite. From the first puff the blend gives the smoker a uniquely rich flavor blast which increases in complexity with some great cabinet spice notes. The aroma and retro-hale are fantastic and the finish is clean. The Corona Gorda vitola was an excellent choice made by Ken who is not only a shop owner but a passionate tobacconist who cares about giving his customers the best smoking experience possible. LMC Aniversario is small batch done right – from the design concept by “5in5o” all the way to the nub of the cigar. I’m thrilled and honored to work with my amigos on this project,” commented George Rodriguez.

The band design for the LMC Aniversario has a modern, almost art-deco feel with colors of black and gold throughout. The bands and boxes were designed by Cesar “5in5o” Rubin.

“Cesar is a good friend from NYC who we met through Social Media. He is an amazing artist, which is immediately apparent even when looking through his pictures on instagram. He see’s art everywhere. We shared the same vision for the design of this project and Cesar executed it perfectly,” said Ken C. Wu.

Information on this release was first reported by Cigar Memoir.