Two exclusive new sizes of the Quesada Seleccion Espana blend will be coming to Casa de Montecristo in the Chicago area.   The stores will be receiving a 7 x 40 sized vitola called “Beli-Lance” that combines the length of a lancero with the tip of a belicoso.  In addition, a 7 x 54 fat Churchill called “Fabulosos” will also be heading to their shops. Both sizes will be limited production.  The cigars will be launched at a March 26th dinner event.  Casa de Montecristo is currently accepting pre-orders via phone and their online retail arm, Top Quality Cigars 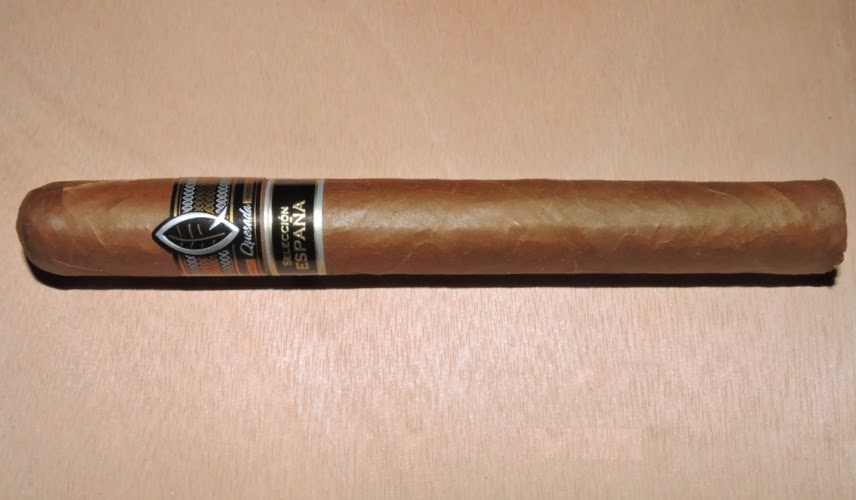 The Quesada Seleccion Espana Beli-Lance and Fabulosos will have a retai price of $11.99.  Both sizes will be packaged in ten count boxes.

Casa de Montecristo gave the following comment to Cigar Coop on the new sizes, “These vitolas were designed to enhance the already great blend that is the Quesada Espana. We believe these sizes highlight the complexity and flavor profile of a truly great cigar.”

Quesada founder Manuel Quesada gave brief run down of the project for Casa de Montecristo in this video:

The additions of these new sizes mark join a Churchill size (being offered to Federal Cigar) and the Petit Belicoso (a monthly limited release) as new frontmarks introduced for the blend in 2015.