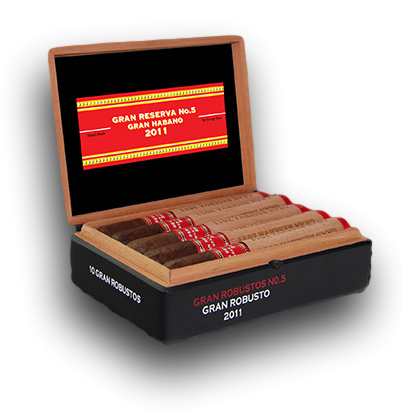 Back in April, we reported on Gran Habano Cigars plans for the Gran Reserva #5 – the fourth installment in Gran Habano’s Gran Reserva series.  Yesterday, the company has announced availability of the cigar.

In terms of the cigar, the final blend has been announced to be a Nicaraguan puro – which differs from the blend that was announced in April which was said to contain Costa Rican tobacco.

The cigar is described as being full-bodied delivering a “smooth, earth, and spicy smoke accompanied by notes of sweet wood and espresso.”