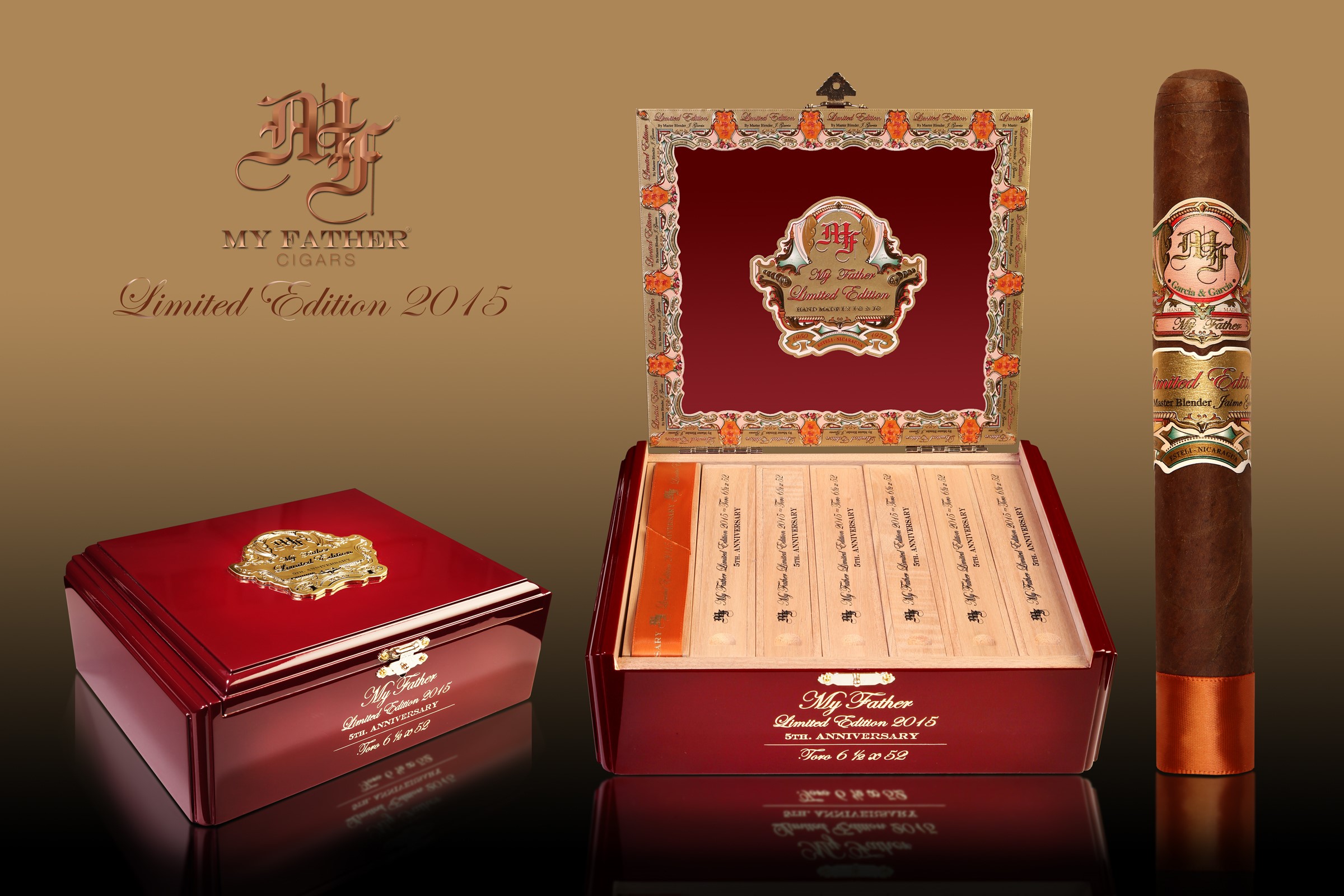 It is anticipated the My Father Limited Edition 2015 will be showcased at the 2015 IPCPR Trade Show.

Following this report, blend information was disclosed in a story to Cigar Aficionado.

As mentioned, the cigar is a 6 1/2 x 52 Toro packaged in an individual coffin.  The follow-up Cigar Aficionado report says there will be 14 coffins per box with a total production of 4,200 boxes with 200 of those boxes going to Europe.