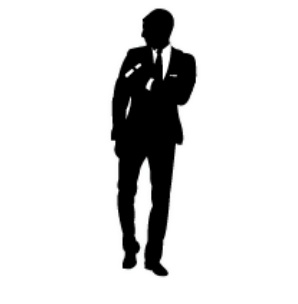 About four weeks ago, Legacy Brands quietly released  a new limited edition offering called “Toxic”.  The cigar introduces a 7 x 70 blend into owner Victor Vitale’s portfolio – a size many would not expect from Vitale’s cigars.

“I’m such a traditionalist, and this is really like going on the edge, ” said Vitale in a phone conversation with Cigar Coop.

“The cigar’s theme is satirical in nature – with the concept of proposed FDA warning labels and regulation in mind. “This isn’t really meant to be a full blown brand.  This is more like a satire approach to the whole FDA thing which quite frankly we are all tired of the doom, gloom, and anticipation of the end of the world, ” said Vitale.

Vitale also told us that from his research and discussions with retailers, the 7 x 70 is a size that attracts a younger crowd, thus he saw an opportunity to address that particular demographic.

Toxic was specifically blended to be a 7 x 70.  At this time Vitale said he has “zero interest” in coming out with size extensions.  It is meant to be a limited production, but he is open to further production runs.

Plans are to have Toxic available at the 2015 IPCPR Trade Show.  Vitale said the focus of his brands will be Tortuga with an emphasis on the Tortuga 215 Connecticut.  While the Connecticut was presented at the trade show, the cigar did not debut until earlier this year.  As a result, many retailers did not get an opportunity to order it.  Therefore, this year’s trade show will present the opportunity.

As for Ora Vivo, the brand being done in collaboration with Armand Assante, this will not be showcased at this year’s IPCPR.  This is because Assante, who has been at the previous two trade shows is not available due to his filming schedule.  As a result, Vitale made the decision to not bring Ora Vivo to the show.

At a glance, here is a look at Toxic by Legacy Brands:

As mentioned the Toxic is a 7 x 70 cigar.  Each cigar features a pig-tail cap.  The cigars are packaged in 100 count trays with each cigar wrapped in cellophane.  Suggested Retail Price is $8.00.