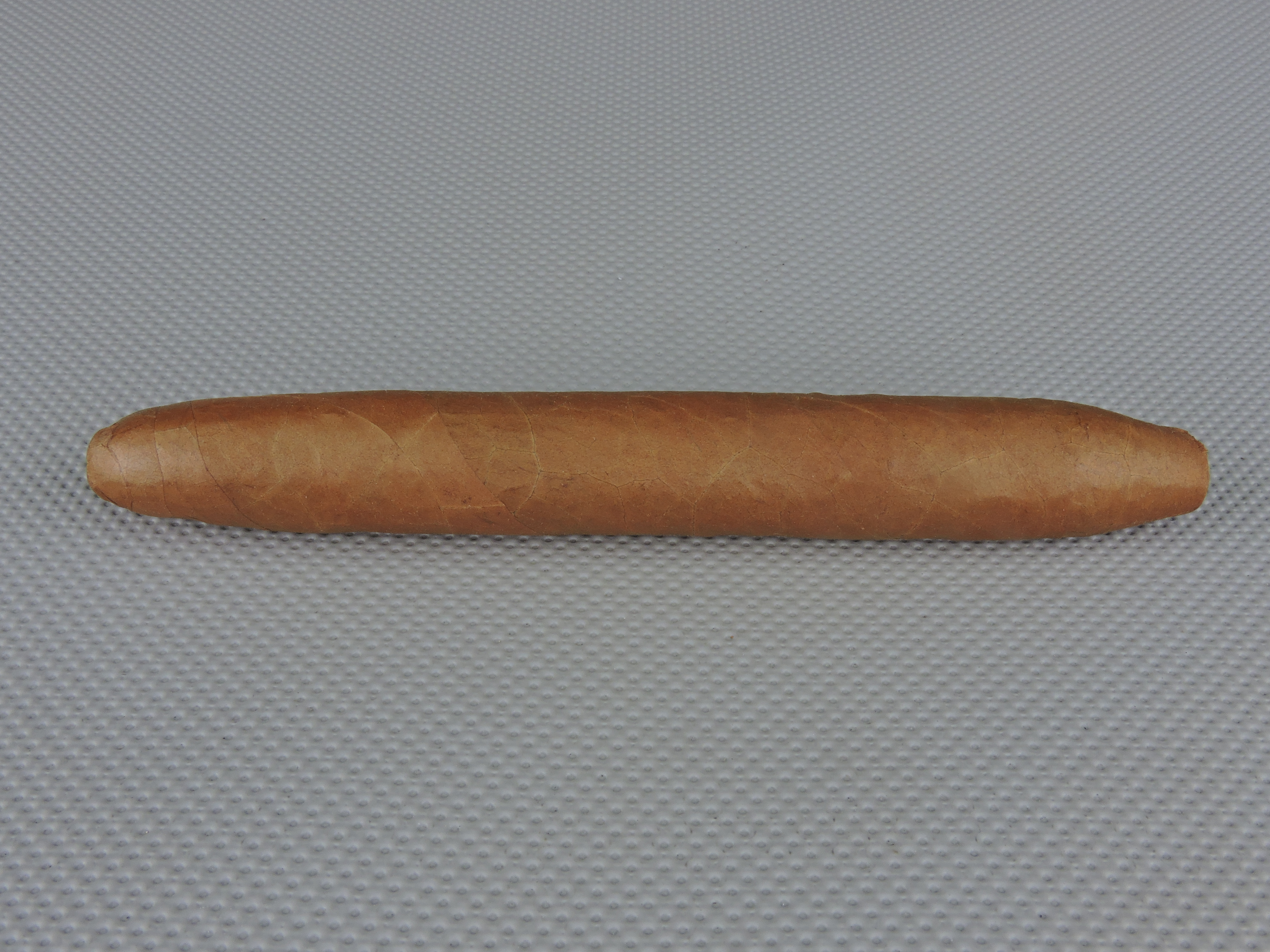 The Avo Limited Edition 2002 (Avo 22) was the second installment in the annual Avo Limited Edition series. Before being released, the cigar itself originated as a personal blend made for Avo Uvezian and Davidoff Master Blender Henke Kelner. From 2001 through 2014, the release of the annual limited edition was timed around the time of Uvezian’s March 22nd birthday (Recently the Avo Limited Edition 2015 was released and in a change of direction, the series is moving away from a “birthday” cigar). Uvezian is known for his passion around numerology.  The number “22” can be tied to his own birthday, his sister’s birthday, the day of the month he left the Middle East, and the day of the month he arrived in the United States. Today we take a look at the Avo 22 that was included in the recently released Avo’s Greatest Hits Sampler. This is a cigar that has achieved iconic status and while I’m not sure the sampler version is quite at that level, it’s still a very good one.

As mentioned, the Avo Limited Edition series was launched in 2001 and has followed each year with a different limited production release is done in a different size and a different blend. The commemorative Avo Greatest Hits sampler was announced just before the 2014 IPCPR Trade Show. This sampler contains 14 of the limited edition cigars between 2001 and 2014.

In terms of the cigars included in the Avo’s Greatest Hits, some are cigars that have been aging in the and some have had their blends reconstructed using the same tobaccos (The LE05 was not included because this the reconstruction of the blend could not be done to Master Blender Henke Kelner’s satisfaction). It has not been disclosed whether or not the Avo 22 is from 2002, or if it has been reconstructed.  For the original Avo 22 release, it is said that Uvezian was involved in all phases of development from seed to packaging.

Over the past several weeks, we have been assessing the cigars included in Avo’s Greatest Hits. Most of the cigars in this series “Assessment Update” (aka Agile Cigar Review) formats. Since the Avo 22 has not been assessed yet, we used the full assessment format here.

The Avo 22 features an Ecuadorian wrapper over Dominican binder and filler.

The Avo 22 is unique in that it is the only installment of the limited edition series to be released in two vitolas.  A 5 7/8 x 50 perfecto was released to the U.S., while a thinner version (43 ring gauge) was released for the European market.  Both releases were packaged in canisters. The U.S. version contained 19 cigars and the European version contained 22 cigars. It is the American version that was included in the Avo’s Greatest Hits sampler.

The Avo 22 has a light brown wrapper. The wrapper itself has an oily sheen. The wrapper seams of the perfecto are actually well hidden, however the cigar has a bit of a rustic look with several visible veins and a somewhat bumpy surface. The perfecto itself has a nozzle-like shape for the footer and a gentle tapering toward the cap.

Prior to lighting up the Avo 22, I went with a straight cut and removed about 1/2 of the tip of the figuardo.  Once the tip was removed, I proceeded to the pre-light draw. The dry draw provided a mix of cedar and generic wood notes. Overall I didn’t consider this to be the most exciting of pre-light draws. Since the pre-light draw is not factored into the assessment rating or score, there was no loss of points here. At this point, I was ready to light up the Avo 22 and see what the smoking phase would deliver.

The start to the Avo 22 delivered a mix of cedar and cream notes. The cedar notes developed what I would describe as a “musty” component. This “musty” component shouldn’t be construed as a negative – in fact it was just the opposite as I found it worked well. Meanwhile the cream moved into the background and was joined by grass and black pepper notes. The black pepper notes were also present on both the after-draw and the retro-hale. At times the pepper on the retro-hale could be quite sharp.

During the first third, a unique sweetness emerged that seemed to be an extension of the musty cedar-component. The pepper, cream and grass continued to be in the background. The pepper did increase on the after-draw.

In the early part of the second third of the Avo 22, the musty component of the cedar diminished and it became more of a traditional cedar sweet-spice with some natural tobacco flavors mixed in. The cream notes now increased and also now were also in the forefront. The pepper and grass remained secondary.

Later in the second third, the cedar / natural tobacco / cream notes continued as the primary flavors.  The pepper notes now increased in intensity. By the end the pepper was pretty close to the forefront. I also could still pick up some grassy notes. This is the way the cigar experience came to a close. The resulting nub was firm to the touch and cool in temperature.

From a burn perspective, I didn’t find this to be a bad one, but not an ideal one either. I found this cigar did need more touch-ups than I prefer to keep the burn line straight. The resulting ash had a silvery gray color. I found the ash to be on the looser side and prone to some flaking. The combustion was excellent on this cigar as it had an ideal burn temperature and ideal burn rate. 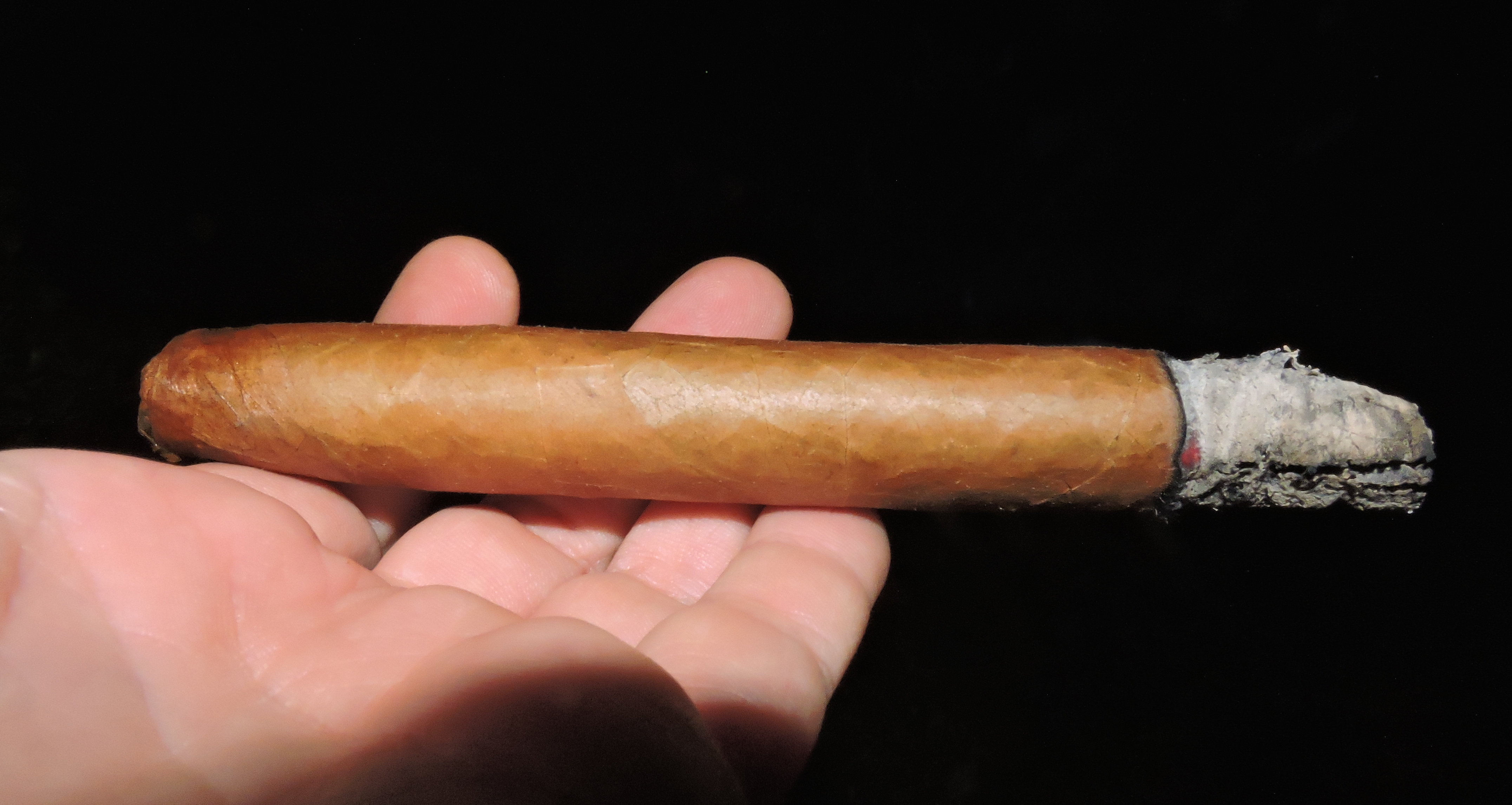 The draw performed quite well. I did find the gentle tapering toward the cap to be ideal. Overall this was a low maintenance cigar to derive flavors from.

While many positioned this cigar as a milder offering, I found the Avo 22 to fall right in the middle of the strength spectrum coming in at a solid medium. As for the flavors, there was some weight on the palate – particularly when factoring in the retro-hale. I assessed the Avo 22 as being a medium to full-bodied smoke. When comparing strength versus body, I gave the edge to the body.

As I have mentioned in previous assessments of cigars from the Avo Greatest Hits sampler, I have enjoyed going through this series because it combines smoking a lot of old favorites with some cigars I have not had before. The Avo 22 was one of those cigars I had not sampled. As a disclaimer, there is no statement whether this is a reconstructed blend or an aged cigar. In general I found the Avo 22 to be a very good cigar, however there were some pretty high expectations with this cigar and I’m not sure the cigar in the sampler met them. It’s still an enjoyable cigar though. It’s one I’d recommend to a novice or experienced cigar enthusiast. As for myself it’s one I would smoke again. It’s worthy of a  box split.