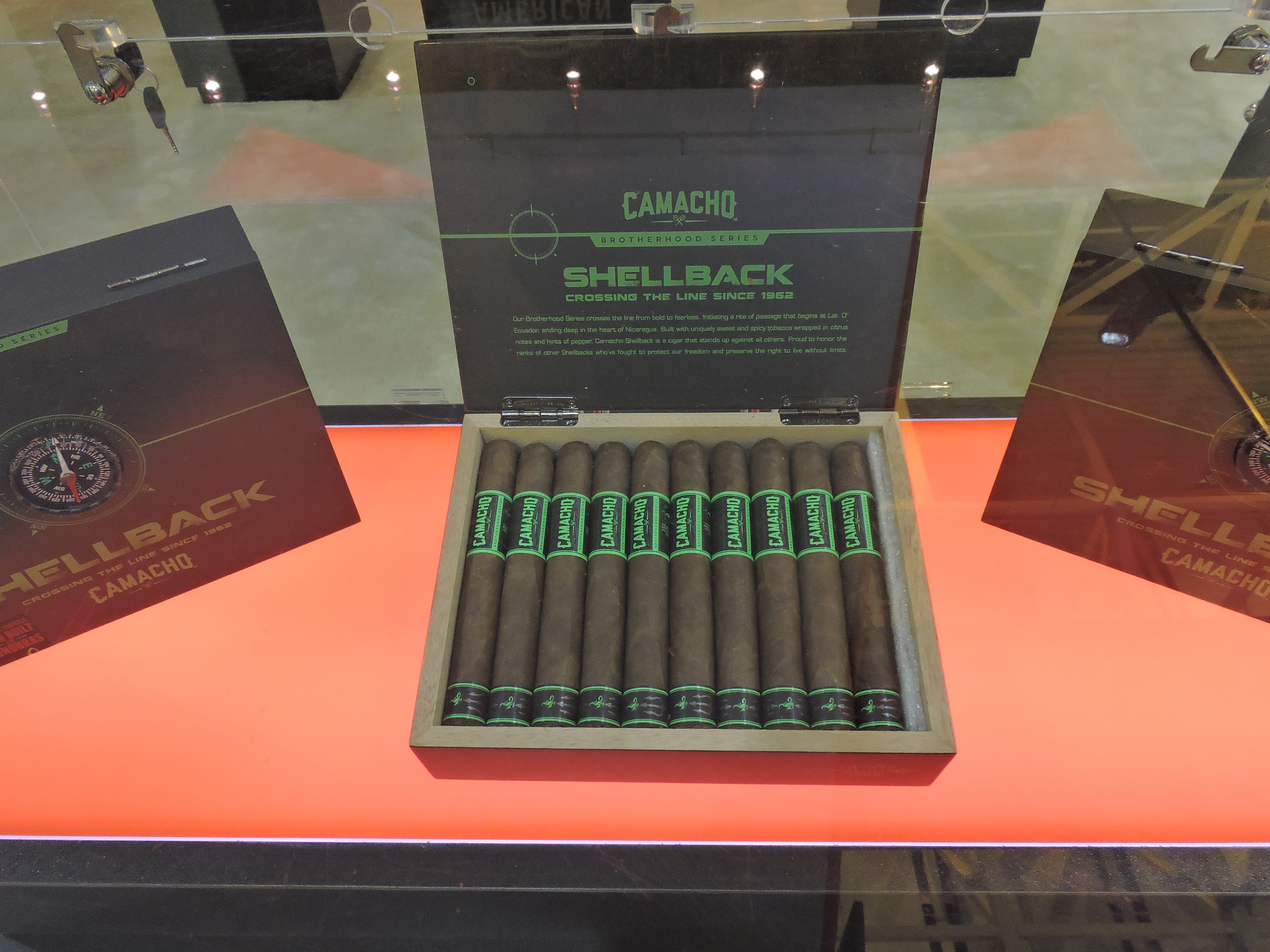 For the third consecutive year, Camacho Cigars has unveiled a new limited edition cigar at IPCPR. The Camacho Shellback is scheduled to make its way to retailers. The cigar is the initial cigar of a new series known as the “Brotherhood Series”.

A shellback refers to a sailor (or Marine) who has crossed the equator for the first time. Typically the milestone is done as a rite of initiation. Given this is something that often goes to an armed forces role, Shellbacks have also served as freedom fighters.

An analogy to Shellback works with the tobacco as the blend features an Ecuadorian wrapper (Ecuador is a country situated on the equator) and Nicaragua (a country north of the equator). The cigar is being released in a 6 x 50 Toro – twenty cigars per box. Production is slated for 4,000 boxes totaling 80,000 cigars.

The Shellback follows the 2013’s Camacho Blackout and 2014’s Double Shock as annual limited releases by the company. 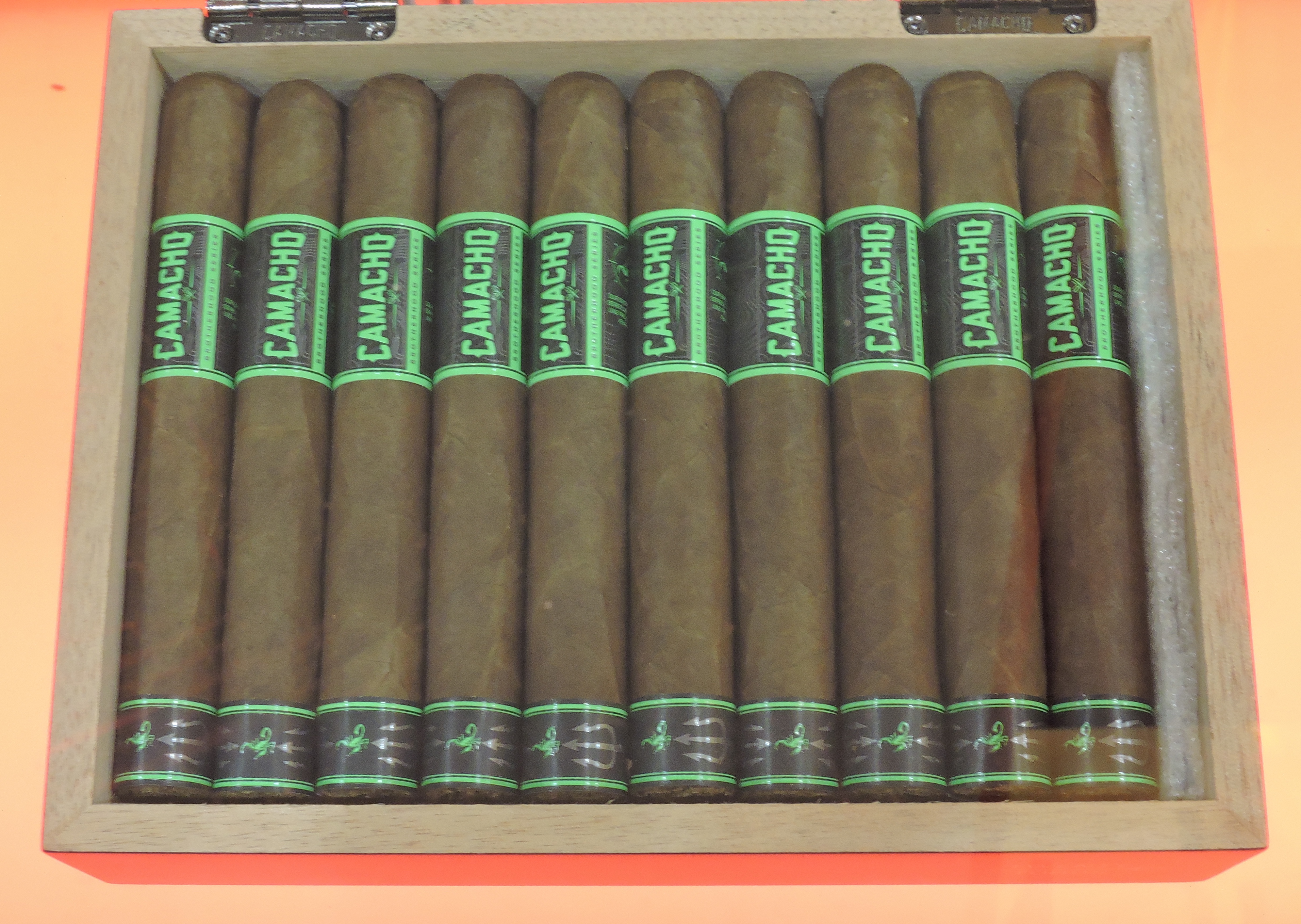 The Camacho Shellback is scheduled to arrive at retailer’s in September.

At a glance, here is a look at the Camacho Shellback:

The Camacho Shellback is being released in a 6 x 50 Toro.