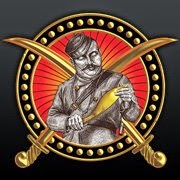 At the 2015 IPCPR Trade Show, Gurkha Cigar Group will introduce the new Gurkha Cask Blend. The company is describing this cigar as a “signature cigar”. Details of the blend itself are not being disclosed, but perhaps the most striking feature is that the cigars are being packaged in 200 count cabinet boxes. 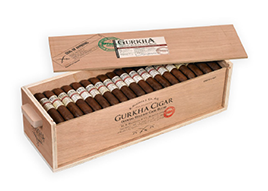 The cigar itself is described as medium-bodied delivering notes of rich cedar and sweet spice.

Gurkha Cask Blend joins the Gurkha Heritage and Gurkha Cellar Reserve Platinum are releases being showcased by Gurkha at the 2015 IPCPR Trade Show.

Gurkha is describing the blend as proprietary and not any disclosing information other than that the cigar is being made in the Dominican Republic.