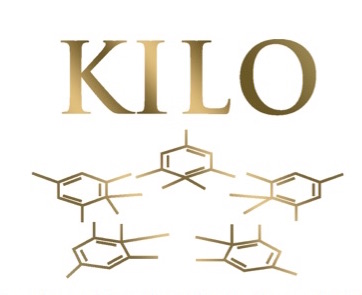 The KILO, a cigar that was originally test blend by Miami Cigar and Company that saw a limited release in New Mexico, Texas, and Arizona is returning.  This time it will feature a new blend and will be marketed on a nationwide release, and will have a new home with United Cigar Group. The new version of KILO will be launched at the 2015 IPCPR Trade Show in Las Vegas

KILO was a project started by Barry Stein, who was the Social Media Director with Miami Cigar and Company. In 2014, Stein parted ways with Miami Cigar and started working for Two Guys Smoke Shop, whose owner David Garofalo also owns United Cigar Group. Stein still sought to keep the project going.  As a parting gift, from Miami Cigars, he was allowed to keep the trademark KILO.

While the original KILO was blended at the La Aurora factory in the Dominican Republic, the new version will be produced in Esteli, Nicaragua at Noel Rojas’ Aromas de Jalapa factory.

In terms of working with Rojas, Stein explained in a press release “I always wanted to work with Noel but my former employers were already locked into a factory in Nicaragua. Noel was one of the first friends I made in Miami and he taught me a lot about tobacco and blending that complimented what I learned at La Aurora from their master blender, Manuel Inoa. When the original KILO came out, Noel and I brainstormed on some tweaks to the blend that take the cigar to the next level and I am happy to bring this to cigar smokers via United Cigar Group.”

The blend has undergone some changes from the original La Aurora blend. KILO features an Ecuadorian Habano wrapper over a Nicaraguan Corojo 2006 binder. The filler features three different variations of ligero from Rojas’ farms in Nicaragua as well as the Aganorsa farms. The cigar will be available in two sizes – a 5 x 50 Robusto and a 6 x 52 Toro. The cigars will be packaged in 18 count boxes.

In a statement by Rojas, “Having known Barry since his days in Miami and playing numerous games of dominoes we discussed KILO many times. I am very happy to finally be working with him and am honored to have my factory play a roll in making his dream come true.”

Stein also talked in more detail about the project on a recent edition of The Cigar Authority.

The two sizes of KILO are available in 18 count boxes: