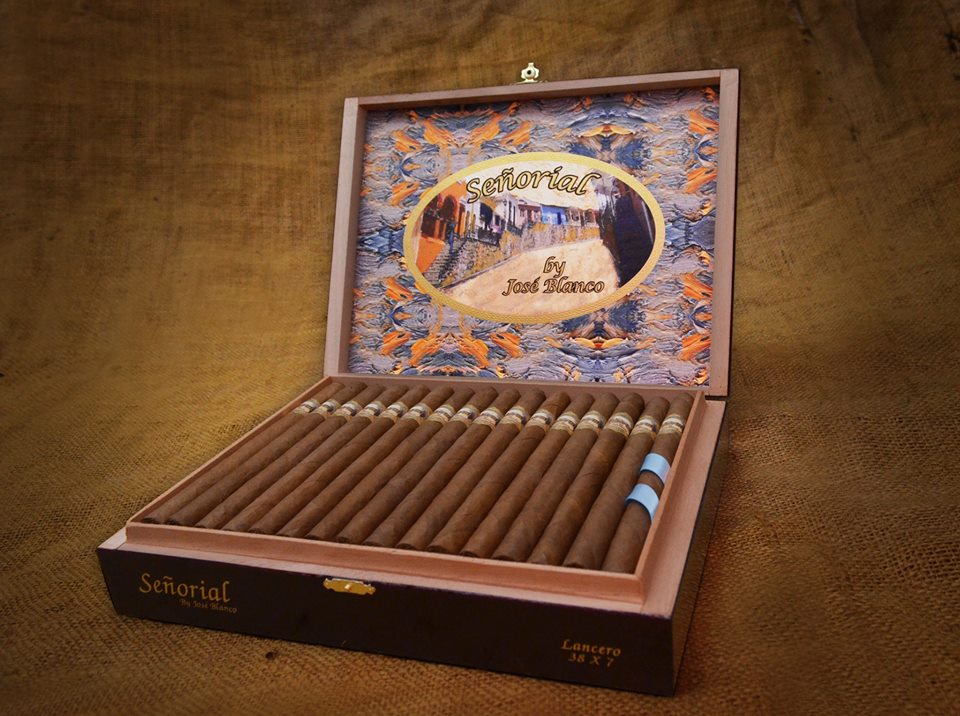 Last year, Jose Blanco and his wife Emma Viktorsson launched their own Las Cumbers Tabaco and their first blend, Senorial by Jose Blanco. Now the first line extension to that blend its coming and it will be in the form of a traditional 7 x 38 lancero. The Senorial Lancero will be become the sixth vitola based on that original blend and the cigar will make its debut at the 2015 IPCPR Trade Show in New Orleans.

Vitkorsson explained the rationale for adding a lancero was based a lot on both her and Blanco’s personal preferences.

“A lancero is one of our favorite sizes. Jose likes to not smoke over a 52-54 ring gauge max, and I like to not even smoke over a 52 max. I love a Lancero up to a Corona Gorda most. And a Lancero of 38 ring gauge like this one is, to us, is absolutely fantastic, rich, flavorlful, complex,when bunched well and is well balanced!”

The Senorial Lancero is based on the original Senorial blend, but optimized to the lancero format. It will be packaged in 48 count boxes packaged in three rows of 16. Pricing will be $9.00 SRP per cigar. As with the other offerings by Las Cumbers Tabaco, the cigar is being made at Tabacalera Palma, the factory owned by Blanco’s cousin Jochi Blanco.

Vitkorrson informed Cigar Coop that the Lancero is ready to ship.

The 2015 IPCPR Trade Show will be a busy one. In addition to the Senorial Lancero, the company will launch the new Senorial Maduro line as well as Vitkorsson’s own blend, Freyja.

At a glance, here is a look at the Senorial by Jose Blanco: