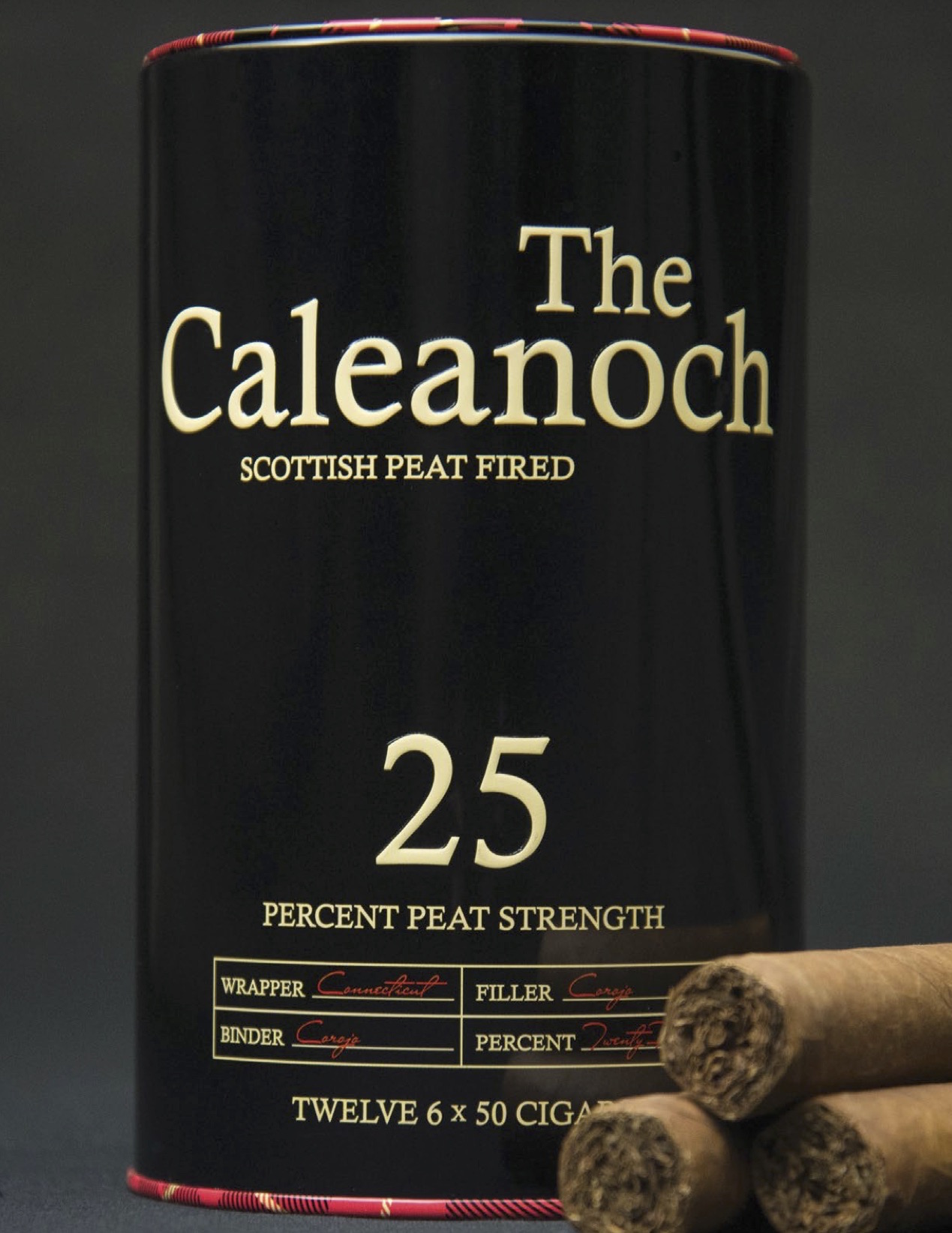 At the 2015 IPCPR Trade Show, Klin Tobacco who is best known as the parent company for Hammer + Sickle Cigars will unveil a new brand called The Caleanoch. The goal of The Caleanoch was to bring together a cigar experience for the Scotch Whiskey enthusiast. As the company soon discovered, it found this easier said than done. After looking at traditional methods, Klin decided it needed to go in a different direction – and literally come up with its own curing process.

Klin Tobacco looked at how Scotch Whiskey gets its smoky, earthy characteristics and decided to marry this process to the tobacco curing process. This involved implementing a process called peat firing. Peat firing involves roasting an organic substance called Peat. Peat is a part of the earth that is comprised of grass, moss, tree roots, and soil. Over long periods of time it becomes tightly compacted. It is found throughout Scotland. 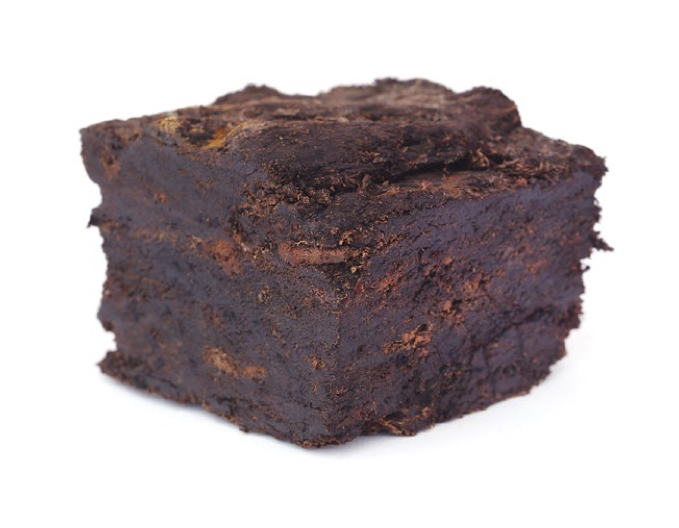 It is then harvested and dried for about two weeks, where it becomes a part of the distilling process. The peat is roasted as a part of the dry malted barley for Scotch Whiskey. During the roasting process the smoke from the peat produces a chemical called phenol. The smoke is absorbed into the barley and it is the phenols that produce the earthy flavors found in Scotch Whiskey. 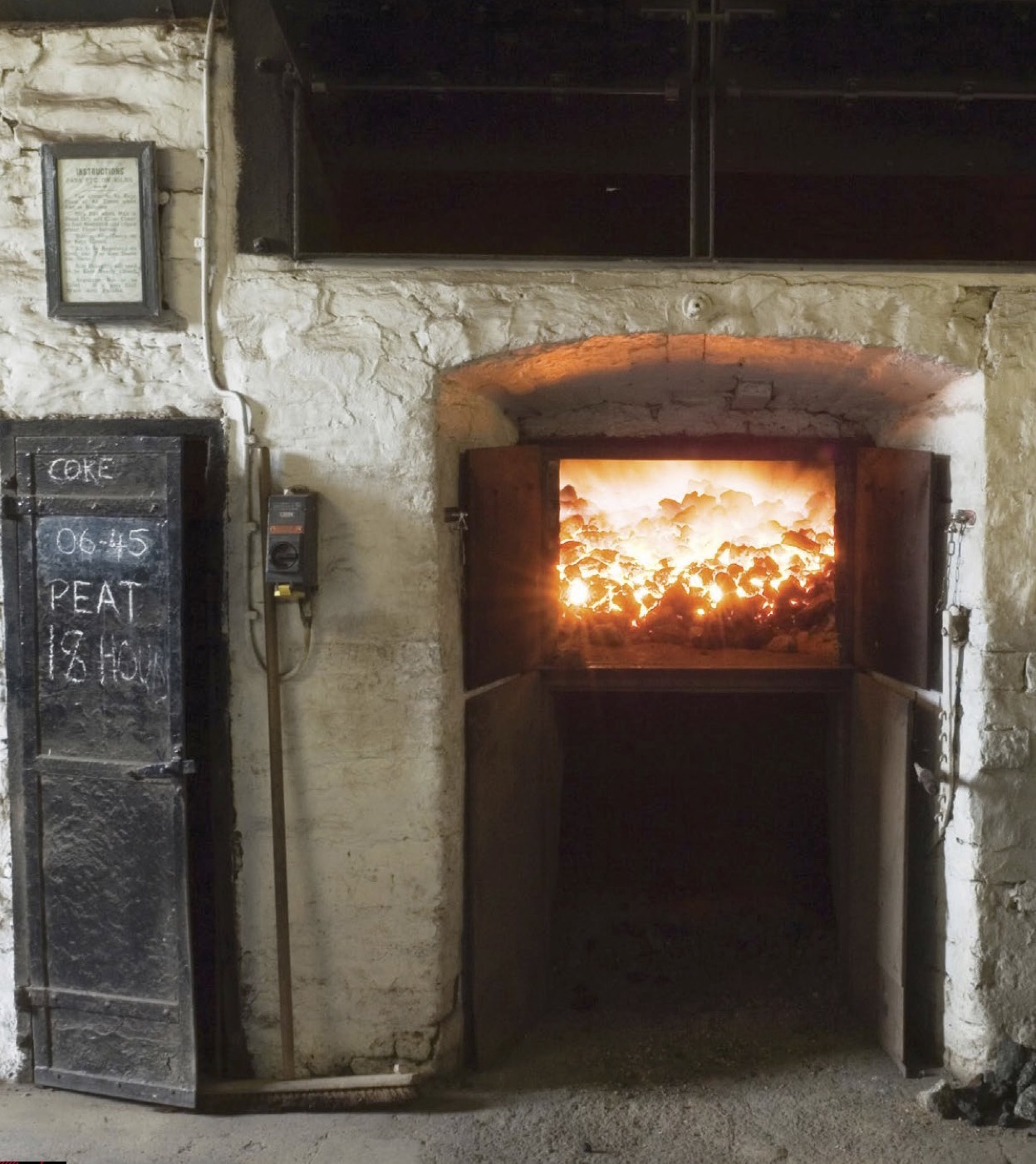 Most cigars utilize air curing for tobacco. With air curing, the tobacco is hung in a barn for several weeks to remove moisture from the leaf. Sometimes charcoal is used as a part of the process to control the humidity. With Fire Cured tobacco, hardwoods are kept on continuous, low smoldering flames to remove the moisture. The idea of the fire cured releases is to also produce a smokey, camp-fire like flavor in the final product. This also is used to reduce the cycle time of the curing process. While fire cured tobacco is traditionally used for pipe and chewing tobacco, in 2013 we saw a few cigar releases incorporate fire cured tobacco.

For The Caleanoch, the peat firing of tobacco played a key role on this project. Klin Tobacco is essentially replacing the hardwood in the fire curing process with peat. Like what happens with when pear firing is used to dry malted barley, the same concept is applied to drying tobacco. The phenols are absorbed into the tobacco leaf – imparting the smoky and earthy flavors. 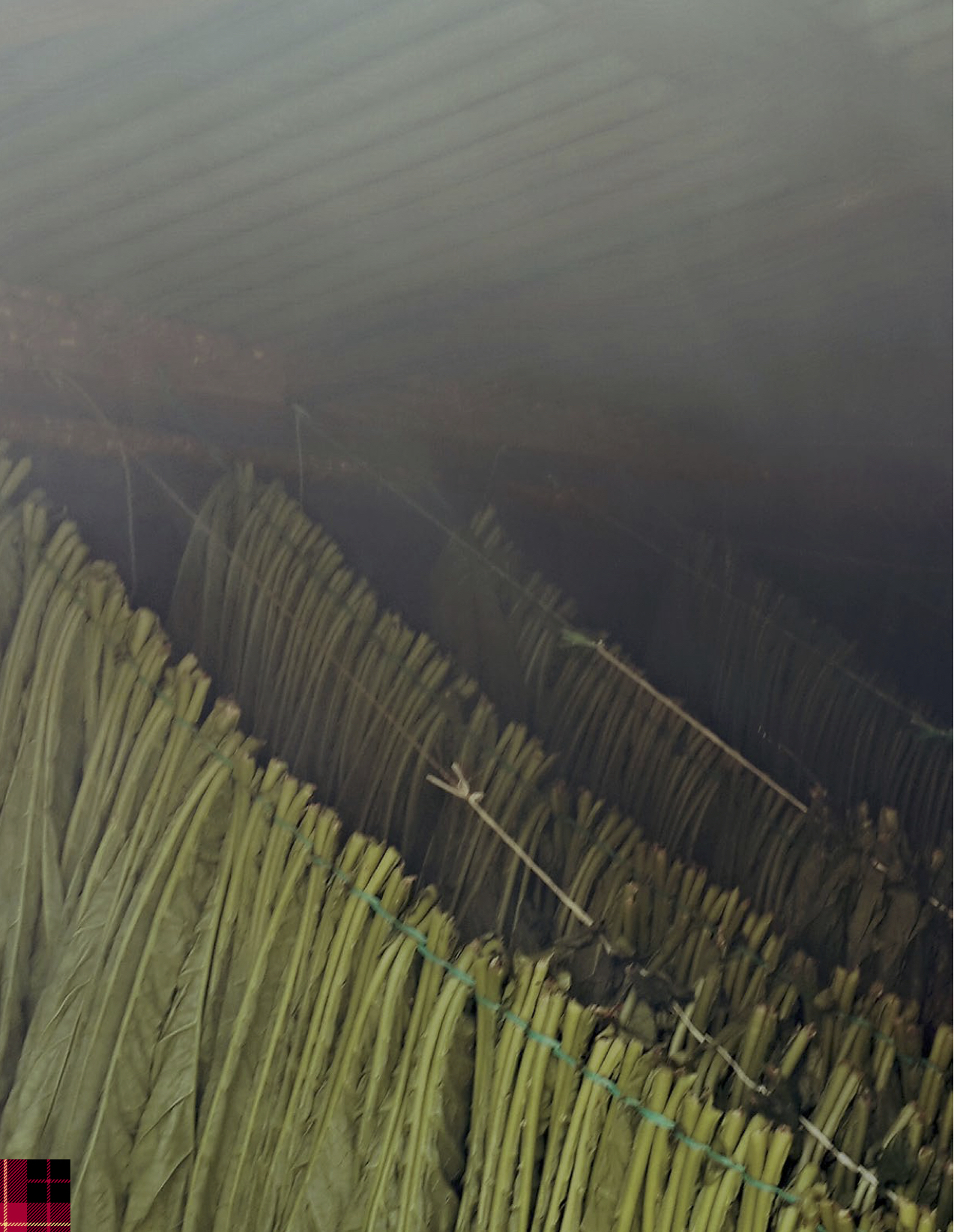 The peat firing process was experimented on several types of tobacco leaves. It was determined the best results were achieved with corojo leaves.

Once it was determined corojo was the best choice, the blend was assembled and the first release for the brand was creed called The Caleanoch 25. This is because the filler blend consisted of 25 percent peat fired corojo and 75 percent air cured corojo. A corojo binder from a different priming was used and the cigar was wrapped with an Ecuadorian Connecticut wrapper.

A single size – a 6 x 50 Toro was used for the vitola. The cigars are packaged in twelve count canisters.