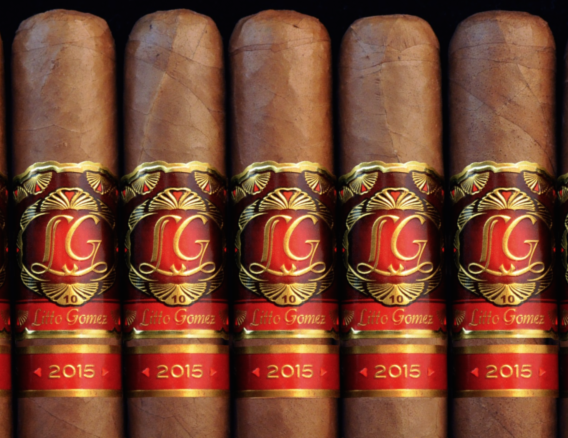 After a one year hiatus, La Flor Dominicana has announced the return of the Litto Gomez LG line. This is a tobacco comprised of tobacco from a single vintage year and a single farm (in this case La Canela). It is also the eponymous cigar for company founder Litto Gomez. Plans are for the Litto Gomez Diez LG 2015 to be showcased at the 2015 IPCPR Trade Show.

The Litto Gomez Diez LG line first made its appearance in 2003. While specifics of the vintage were not mentioned for the 2015 edition, typically the LG line has drawn from tobaccos that are four years old from the date of the LG edition. By using the different vintages, each cigar is unique from the previous edition.

Band-wise it features a slightly modified primary band and now includes a secondary band for the year of the edition.

Over the years, the line has expanded to up to ten offerings. For the Litto Gomez Diez LG 2015, the frontmarks have been streamlined to five.

Here are the five vitolas being released of the Litto Gomez Diez LG 2015: