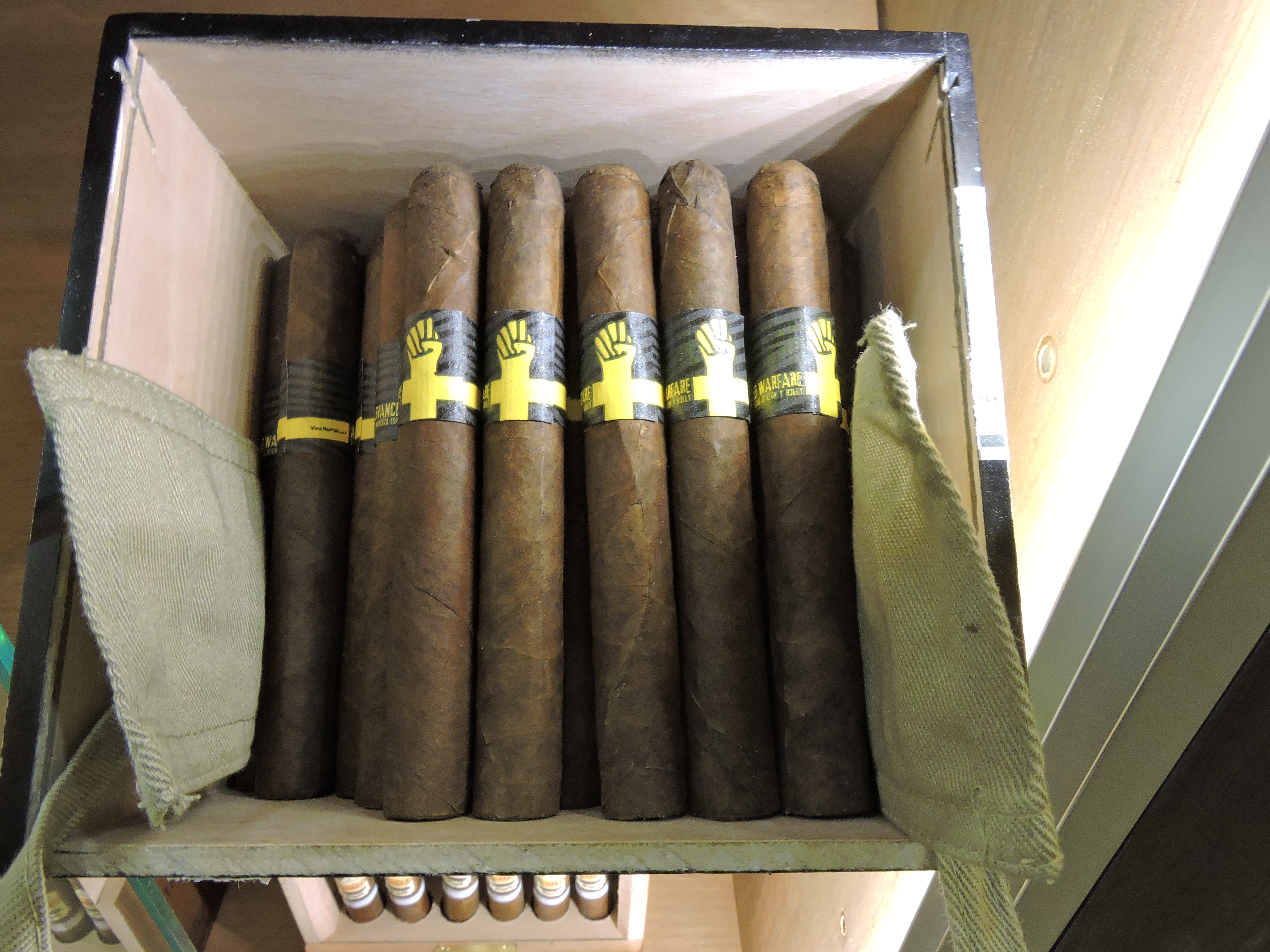 In the cigar industry, many times a cigar line is extended by offering a new wrapper option.  With Advanced Warfare, Holly goes in a different direction. For Advanced Warfare, Holly keeps the same Ecuadorian Sumatra wrapper, but changes up the rest of the blend going for a Connecticut Broadleaf binder and a combination of Dominican, Nicaraguan, and Pennsylvania tobacco for the filler. It will be available in the same two sizes: Petit Corona (4 x 41) and Corona (5 1/4 x 43)

Advanced Warfare is described as a more potent and fuller-bodied smoke than the original Guerrilla Warfare.

Viva Republica is distributed by Miami Cigar and Company. Production occurs at the La Aurora factory in the Dominican Republic.

At a glance, here is a look at the Viva Republica Advanced Warfare: