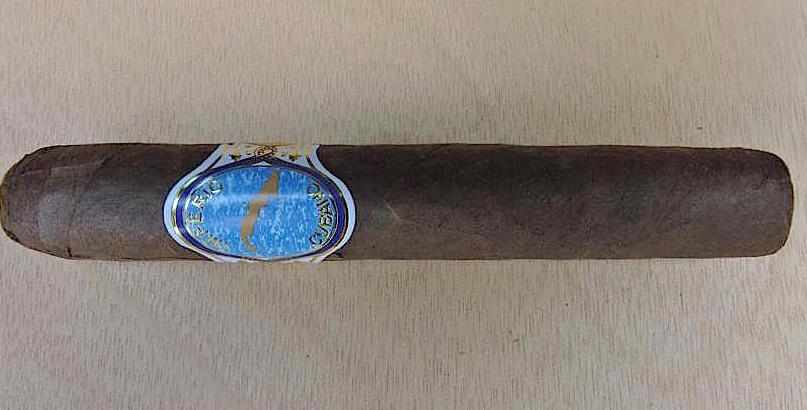 Last month, Antillian Cigar Corporation – the parent company of Sosa Cigars announced it was bringing back a line called Imperio Cubano. With Sosa Cigars celebrating their 50 years in the cigar business. parent company Antillian Cigar Company has decided to use this occasion to pay tribute to its past.  As a part of that initiative, the company has announced that it is relaunching and reblending its Imperio Cubano line with both a natural and a maduro offering. As a part of this re-launch, production of the Imperio Cubano is being moved (back) to Miami, Florida. The line is now known as Imperio Cubano Miami. Recently I’ve had an opportunity to smoke the Imperio Cubano Maduro blend in the Robusto size. Overall, I found this to be an excellent cigar and definitely a cigar to keep an eye out for.

For the new Imperio Cubano Miami line, Arby Sosa who is running the day to day operations of Antillian Cigar Corporation has teamed up with master blender Santiago Cabana. Sosa and Cabana spent about six months working to re-create the blends for the Imperio Cubano.

In terms of the original Imperio Cubano, it was originally launched in Miami back in the 1990s. When Arby’s father Juan B. Sosa went to work for Arturo Fuente, production moved to the Dominican Republic. By 2000, production of the Imperio Cubano line became small batch for select retailers. Antillian Cigar Corp has said that production of the Cameroon blend from that line will continue in the Dominican Republic. That cigar is being rebranded Imperio Cubano Cameroon and will be made exclusively for McLean Cigars in Virginia.

Turning our attention back to the Imperio Cubano Maduro, let’s take a closer look at this cigar and see what it brings to the table.

The Imperio Cubano Miami Maduro is offered in three sizes:

The San Andres Capa Negra wrapper of the Imperio Cubano Miami Maduro Robusto has a chocolate brown color. Upon closer examination, some darker marbling can be seen on the surface. There is a some oil on the surface the wrapper. There are some thin visible veins, but most of the wrapper seams are well-hidden. The wrapper’s surface is slightly bumpy, but I would not consider this to be as rugged as some San Andres wrappers can be.

Prior to lighting up the Imperio Cubano Miami Maduro, I went with my usual choice of a straight cut.  Once the cap was removed, I proceeded with the pre-light draw. The dry draw had mostly notes of coffee and earth. There was a slight tingly spice present as well – but I really couldn’t put my finger on a flavor analogy for that spice. Overall I considered the pre-light draw experience of this cigar to be excellent. At this point, I was ready to light up the Imperio Cubano Miami Maduro and see what the smoking experience would have in store.

The Imperio Cubano Miami Maduro Robusto started out with spurt of black pepper. The pepper subsided and was joined by notes of mocha and wood. The mocha notes became primary early on with the wood and pepper settling into the background. Meanwhile I still detected notes of black pepper on the retro-hale.

By the last third, the mocha notes had transitioned to more of a classic coffee note. The pepper notes were a close secondary and the wood notes remained quite distant.  This is the way the flavor profile held on until the end. The resulting nub was firm to the touch and cool in temperature.

Overall I found the burn of the Imperio Cubano Miami Maduro Robusto to score quite well. In fact, it scored well enough to earn our “exceptional” rating.  The burn path remained straight from start to finish.  The burn line was also on the sharp side.  The resulting ash was tight and firm with a very light gray (almost white) color. 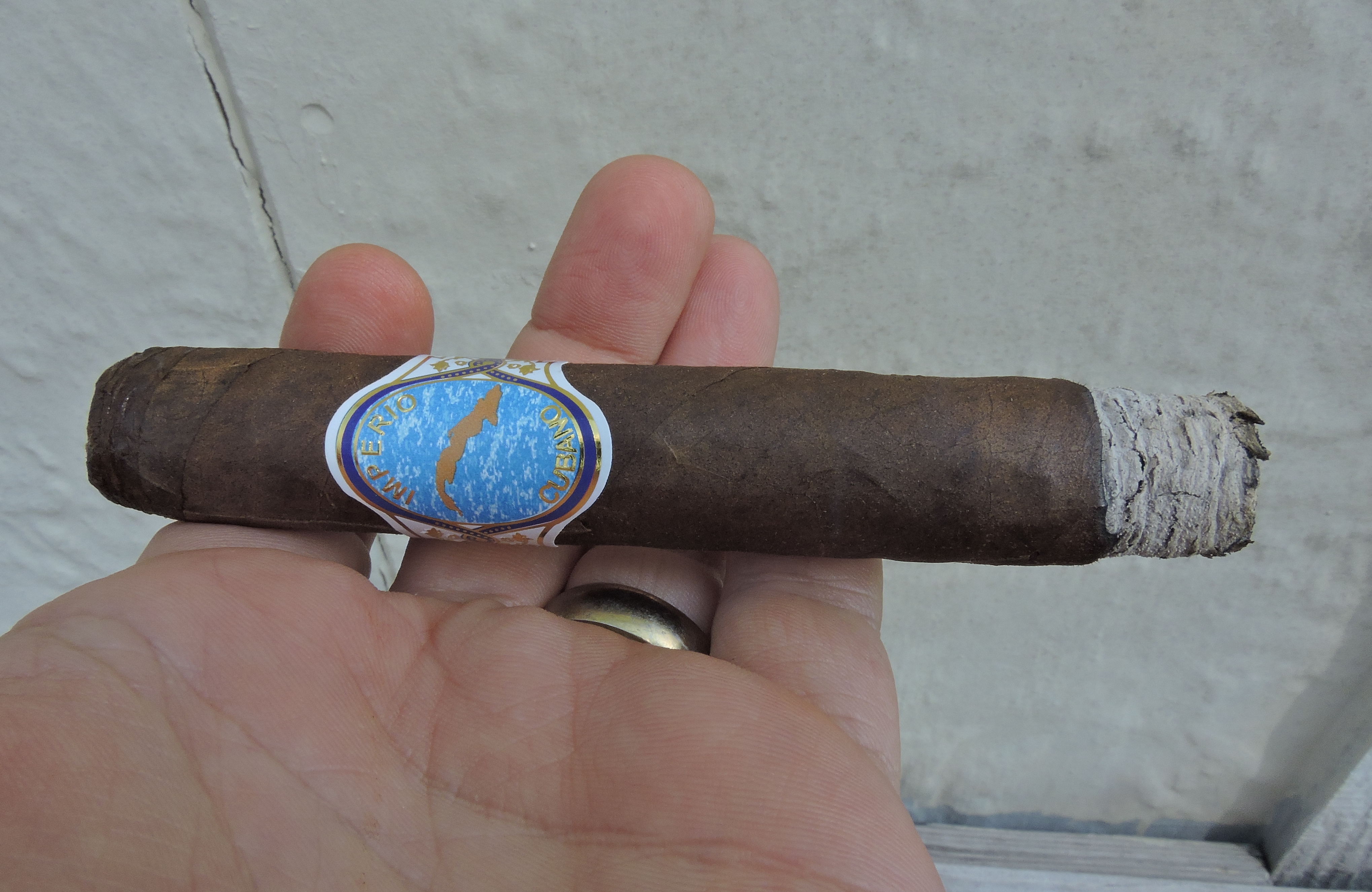 The draw to the Imperio Cubano Miami Maduro Robusto also performed quite well.  It had a touch of resistance – which is something I like.  This made the cigar a most enjoyable cigar.

From both a strength and body perspective, I found the Imperio Cubano Miami Maduro Robusto to fall right in the middle of the spectrum for both attributes.  Overall, I found this cigar to be a medium strength, medium-bodied cigar from start to finish.  When comparing both attributes, I found each balanced each other throughout the smoking experience with neither overpowering the other.

One of my complaints about the San Andres wrapper is that it often overpowers the blend.  Lately I’ve been seeing more cigars that seem to be working better with this wrapper.  The Imperio Cubano Miami Maduro is one such cigar where I liked the way the San Andres wrapper worked well with the blend.  This wasn’t a cigar that underwent radical flavor transitions throughout the smoking experience, but it did offer up some great flavor throughout the smoking experience.  This is a cigar I’d recommend to either a novice or experienced cigar enthusiast.  As for myself, this is worthy of a box split and a cigar I’d smoke again.