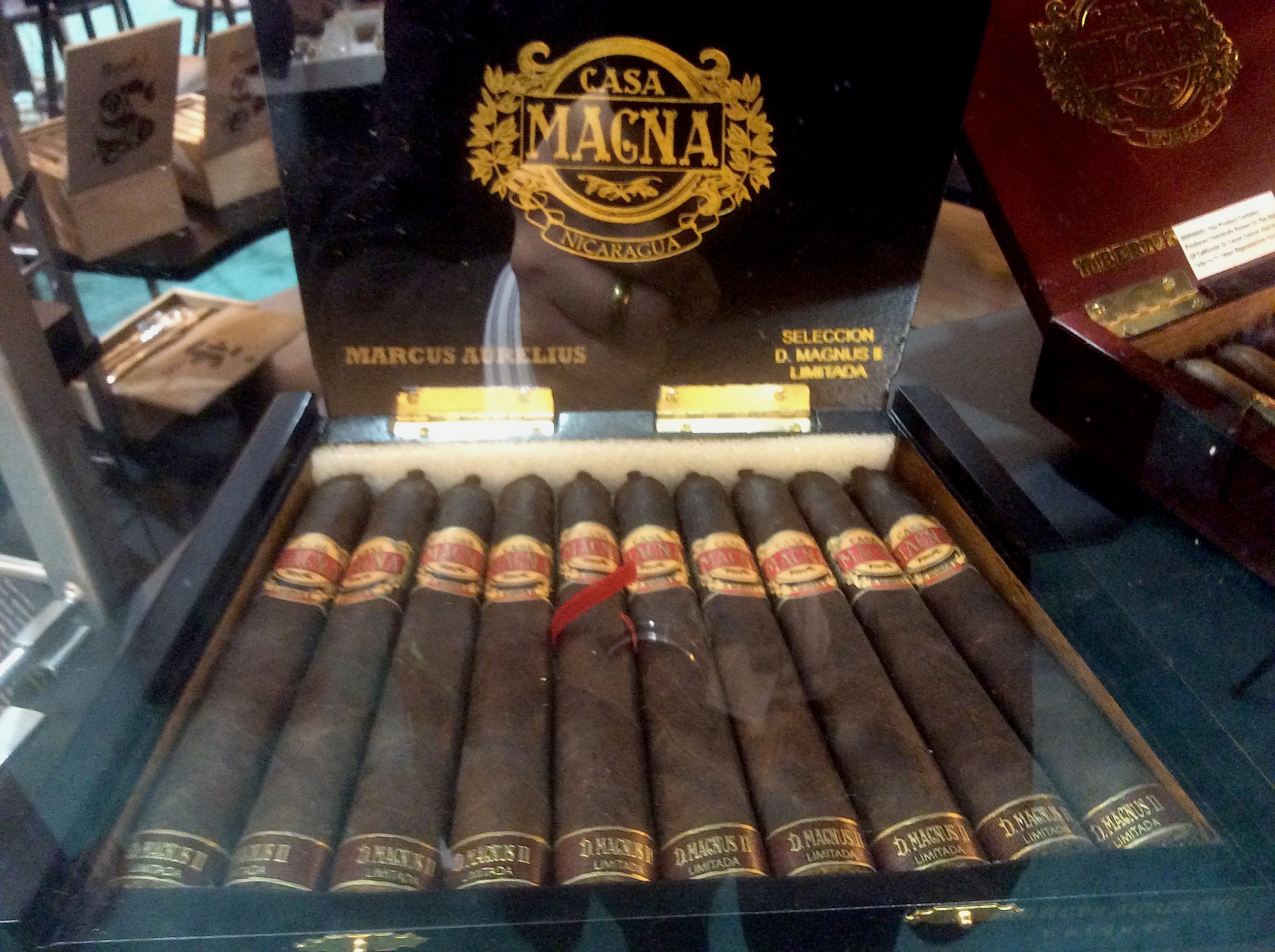 Late last year, the first installment of “The Three Good Emperors”, the Trajan was announced – a size that was a unique “D-shaped” cigar.  Earlier this year, the second installment, the Hadrian was released – which was a variant of Quesada’s Salomon-Press.  The Hadrian is rounded in the middle and box-pressed at the ends (which is the opposite of the Salomon-Press which is rounded at the ends and box-pressed in the middle).  The Hadrian was only offrered to members to the Tobacconist Association of America (TAA).

At a glance, here is a look at the Casa Magna D. Magnus II line:

A total of seven vitolas have now been made in the Casa Magna D. Magnus II line.

The Remainder of the line: