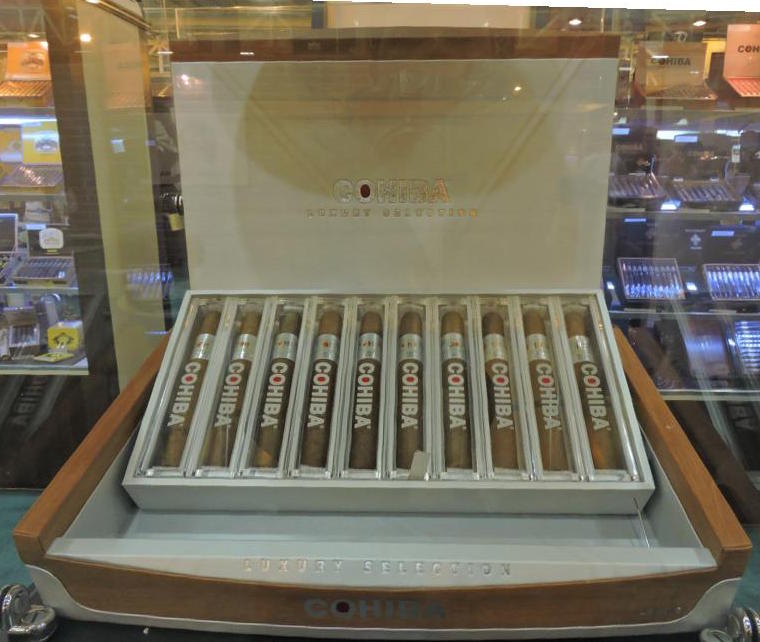 The LS No. 2 is the same blend as the LS No. 1. It features a special Cameroon wrapper grown by the Meerapfel family. The Meerapfels have been growing tobacco in Africa for over five generations. The Cohiba Luxury selection features a rare tobacco varietal for the wrapper known as Merrapfel African gold. This wrapper is grown in the African forest of Kadei (which is the second most densely populated forest in the world). The tobacco is then aged five years.In addition, each leaf in the Cohiba Luxury Selection is fermented in rum barrels for a minimum of six months.

At a glance, here is a look at the Cohiba Luxury Selection line: