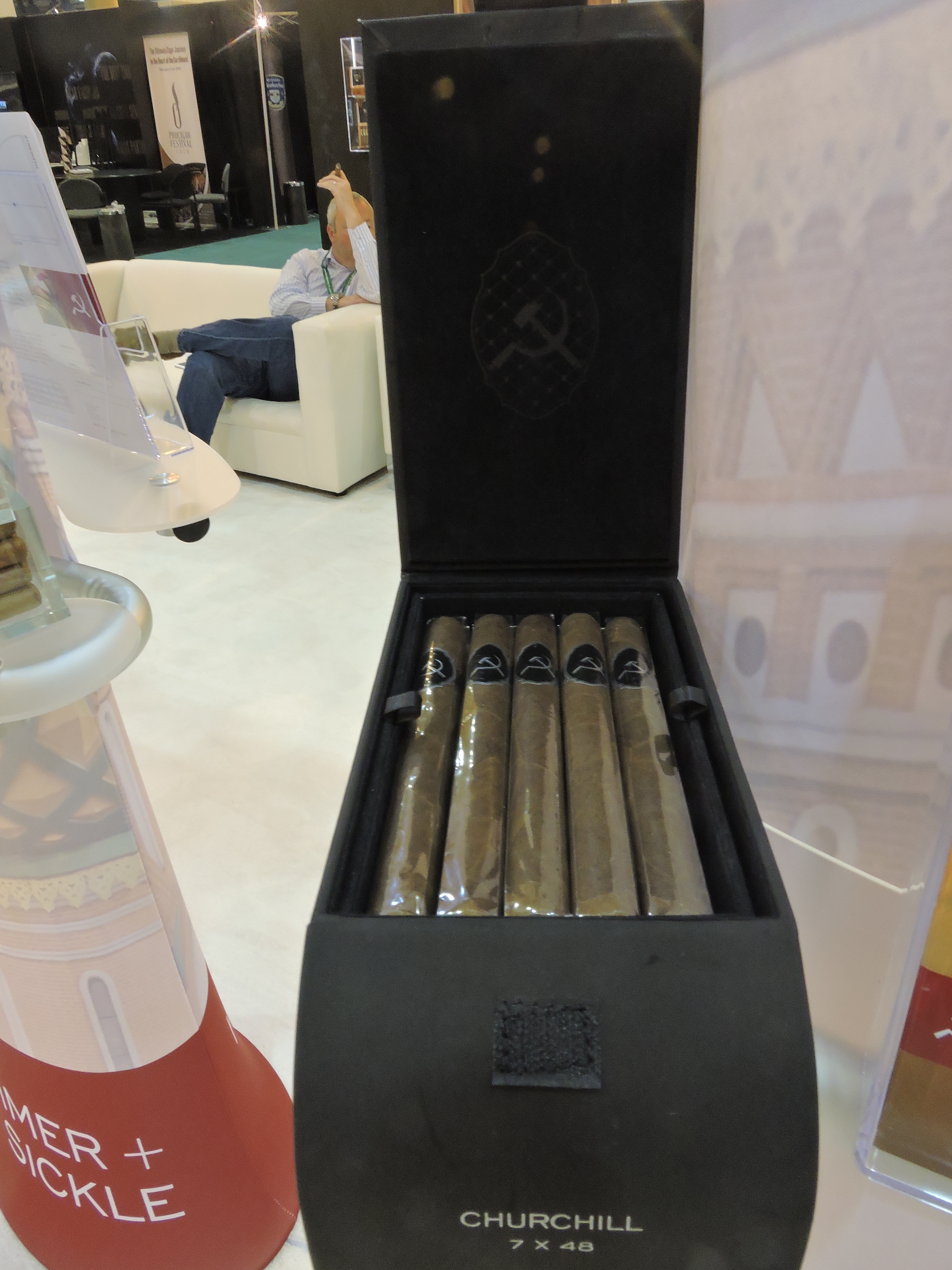 Also significant is the use of a San Andres Maduro wrapper.  This is the first on a regular Hammer + Sickle line.

It was a busy year for Hammer + Sickle at this year’s trade show.  Klin Tobacco, the parent company of Hammer + Sickle also announced a new line called The Caleanoch, which is a unique peat-fired cigar.

At a glance, here is a look at the Hammer + Sickle Trademark Maduro:

The Trademark Series Maduro comes in the same three sizes as the Connecticut Shade. The cigars are packaged in 20 count boxes.