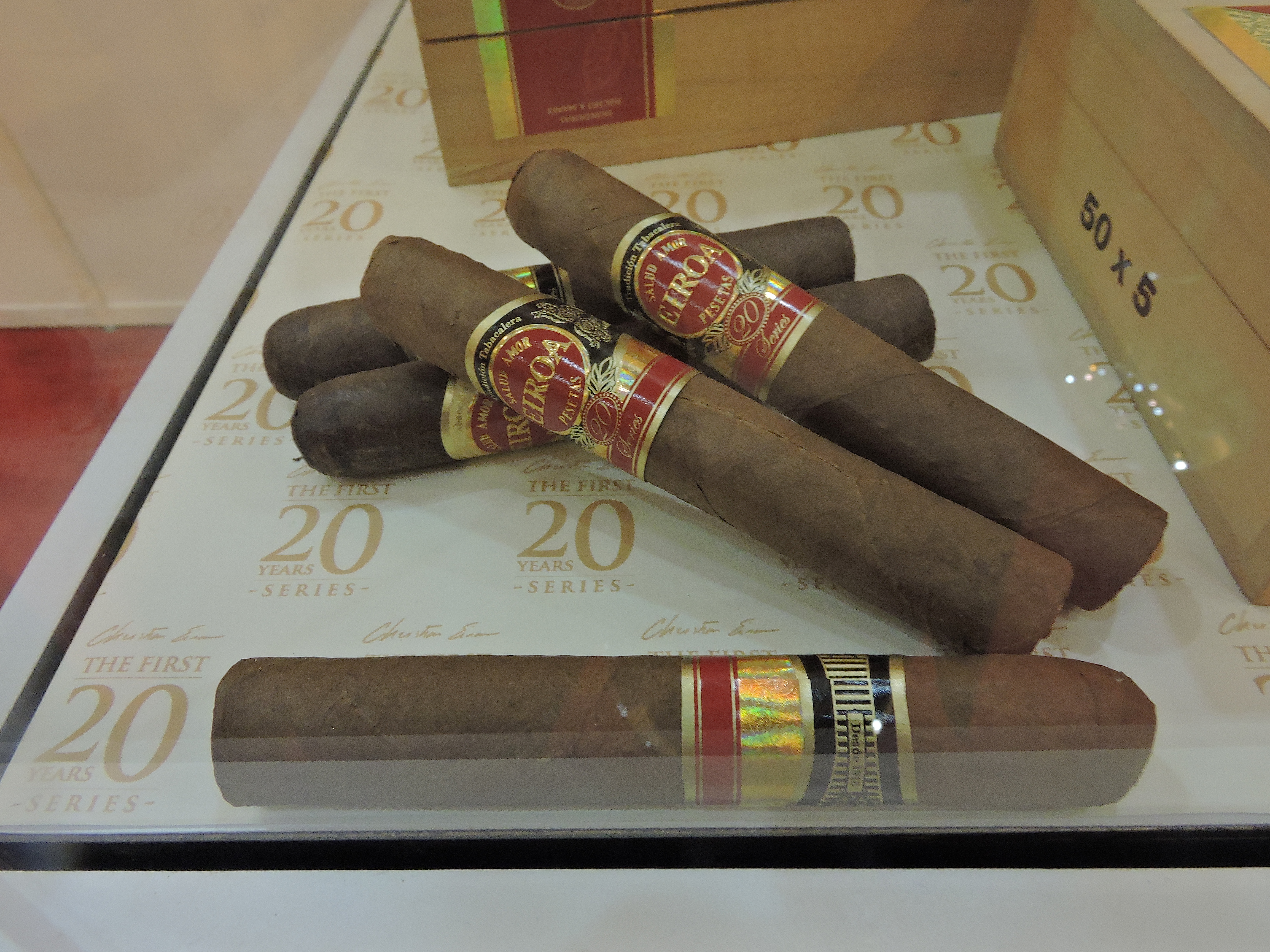 Prior to the 2015 IPCPR Trade Show, CLE announced a new cigar to commemorate 20 years in the cigar business of company founder Christian Eiroa. The cigar is being released under the Eiroa brand and is appropriately titled “Eiroa – The First 20 Years”. At the trade show, the cigar itself was showcased, however cigar enthusiasts might have to wait a little bit more as this cigar is now being pushed for release potentially into the first quarter of 2016.

Eiroa – The First 20 Years is a cigar that was blended by Christian’s father Julio Eiroa to commemorate his son’s milestone.  It is also being produced at Julio’s Las Lomas factory in Honduras.  It represents one of several projects Julio has been involved with as he has been spearheading the new Aladino, Tarascan, and Rancho Luna lines.