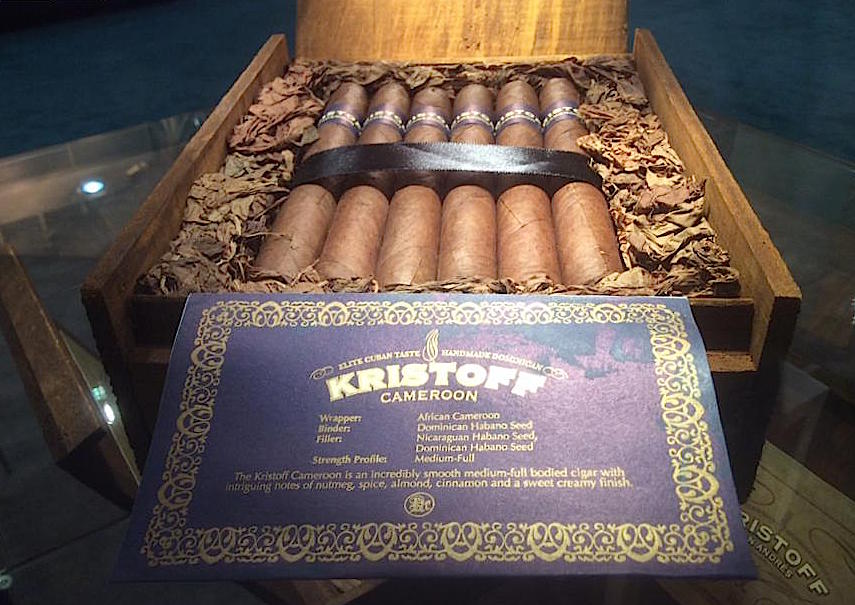 Back in February, we noted that Kristoff Cigars had plans to release a Cameroon wrapped cigar. At the 2015 IPCPR Trade, the company officially showcased the cigar – appropriately titled Kristoff Cameroon. .

The Kristoff Cameroon  is available in three sizes: Robusto, Churchill, and a 6 1/2 x 56 Matador. The cigar features an African Cameroon wrapper that has been aged seven years.  The blend also features a Dominican Habano wrapper and a combination of Habano seed filler from both Nicaragua and the Dominican Republic.

Similar to how the Kristoff San Andres, another line that was released at the 2015 Trade Show, the packaging to Kristoff Cameroon is a throwback to many of the older Kristoff lines. It features the rugged style boxes and banding Kristoff has become known for. Over the past couple of years, the company has gone to more sleeker packaging with the Galerones series and the recently released Kristoff Classic Reserva.

At a glance, here is a look at the Kristoff Cameroon: