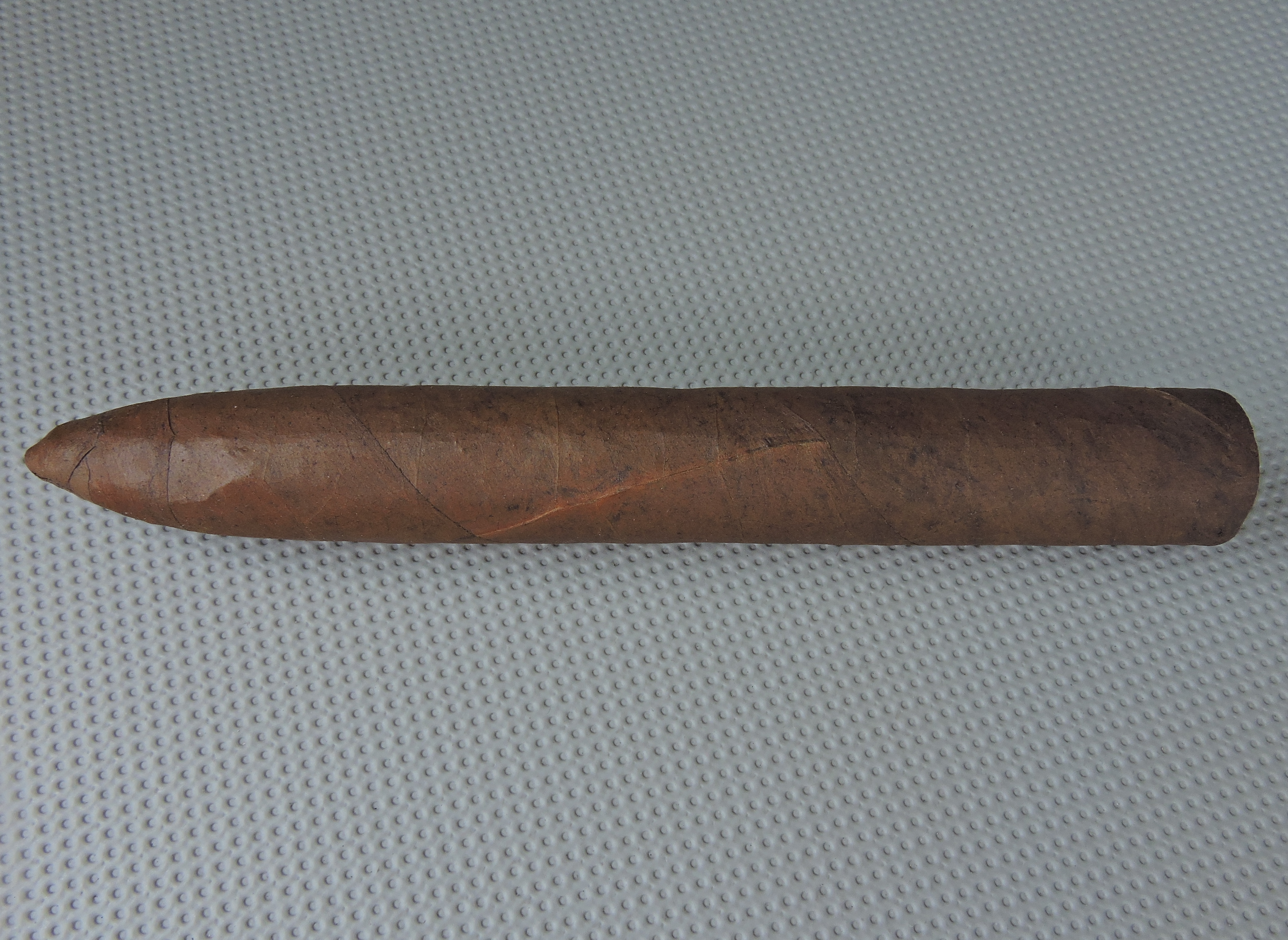 Tatuaje – The W is a shop exclusive cigar that will be available at Nice Ash Cigars, a retailer with shops in Depew, New York and Warren, Pennsylvania. Tatuaje is a company that has a long track record of successful shop exclusive releases. 2015 might be one of the strongest years for Tatuaje shop exclusives to date. In addition to the W, this year has included the following releases: Drinking Age (Anthony’s Cigar Emporium), Tatuaje – The Rumbo (Club Humidor), a re-release of the Tatuaje Anarchy (Smoke Inn), a re-release of the Tatuaje M80 (Two Guys Smoke Shop), and Tatuaje – The Jackal (Casa de Montecristo). Recently I’ve had an opportunity to smoke Tatuaje – The W. Recently I’ve had an opportunity to smoke a pre-release of “The W”.  Overall I found this to be a solid addition and one that Tatuaje fans will want to seek out.

The “W” is derived from the name “Whore”. The name “Whore” stems from an insider joke between Tatuaje Cigars owner Pete Johnson and Nice Ash Cigars Rob Roth.  A slow rollout announcing the project ensured. On Monday June 8th, a website called wcigar.com was setup with just the letter “W” on it. Each day another letter was added. “H” on June 9th, “O” on June 10th, “R” on June 11th, and “E” on June 12th. When the “O” was revealed it contained the Tatuaje logo inside of it. Once the word “WHORE” was spelled out, there was a message indicating the launch of the www.whorecigar.com web-site dedicated to the cigar. When the cigar was officially announced by Nice Ash Cigars, it was unveiled as Tatuaje – The Whore. Eventually the final name was settled on “The W”.

At this time, we will dive into Tatuaje – the W and see what this cigar brings to the table. Since this was a pre-release, we will default to our “pre-review” format to share out thoughts and perspectives. Once the cigar is released, we will revisit this cigar and provide an assessment rating and score.  As a disclaimer, this assessment was based on a single cigar smoking experience.

Tatuaje The W features a Sumatra wrapper over Nicaraguan binder and filler.

Tatuaje The W will be available in one size – a 6 x 52 belicoso. The cigars are packaged in ten count boxes. A total of 10,000 cigars has been produced.

The Sumatra wrapper of Tatuaje The W has a medium brown color with some darker marbling mixed in.  There is a colorado red tint to the wrapper that is much more prominent depending on how the light shines on it. I found the W’s Sumatra wrapper to have an oily sheen on the surface.  The wrapper was slightly bumpy.  There were also some visible veins and visible wrapper seams.

The pre-release sample we received was unbanded.  When Tatuaje The W was announced, we showcased the final banded product. 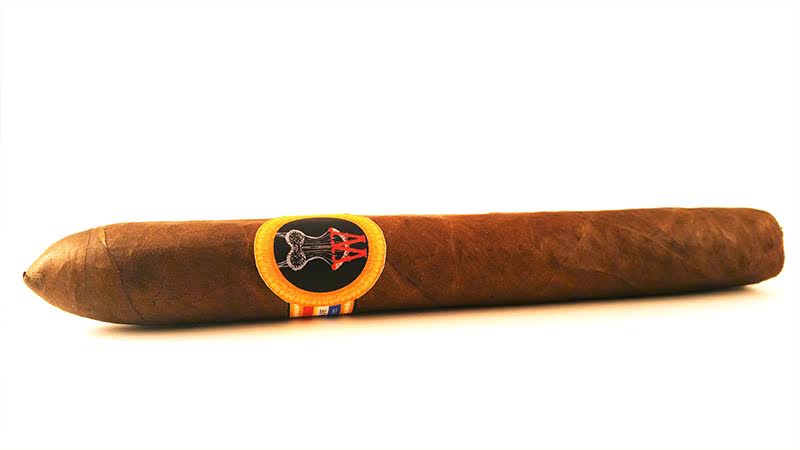 Prior to lighting up  Tatuaje – The W, I went with a straight cut. In particular,  I used my Credo Special T cutter with the 36 ring gauge hole to get an ideal cut for this belicoso. After I clipped the tip, I moved on to the pre-light draw.  The dry draw provided notes of natural tobacco, wood, and a mild cedar spice. Overall I considered this to be a satisfactory pre-light draw. At this point I was ready to light up The W and see what the smoking experience would have in store.

The start to Tatuaje The W provided a nice dose of black pepper and wood to start.  There was also a slight natural tobacco sweetness in the background. As the cigar moved through the early stages, the wood notes became primary.  The pepper receded into the background joining the natural tobacco.  In addition to the wood notes in the forefront, I also detected a slight cedar sweetness in the background. Meanwhile the black pepper was also prominent on the retro-hale.

During the second half, I found the profile remained similar.  I did notice the pepper notes increase and by the last third, the pepper spices had moved close to the forefront.  The last third had more spice than the first two thirds, but the spice never became overpowering.  The resulting nub was cool in temperature and slight soft to the touch.

Overall I found the burn of Tatuaje The W performed quite well.  The burn path remained straight from start to finish. The burn line itself also remained relatively straight requiring only occasional touch-ups.  The resulting ash was a silvery-gray color.  I found the ash to be on the firm side and one that was not prone to flaking or flowering.  The burn rate and burn temperature were ideal. 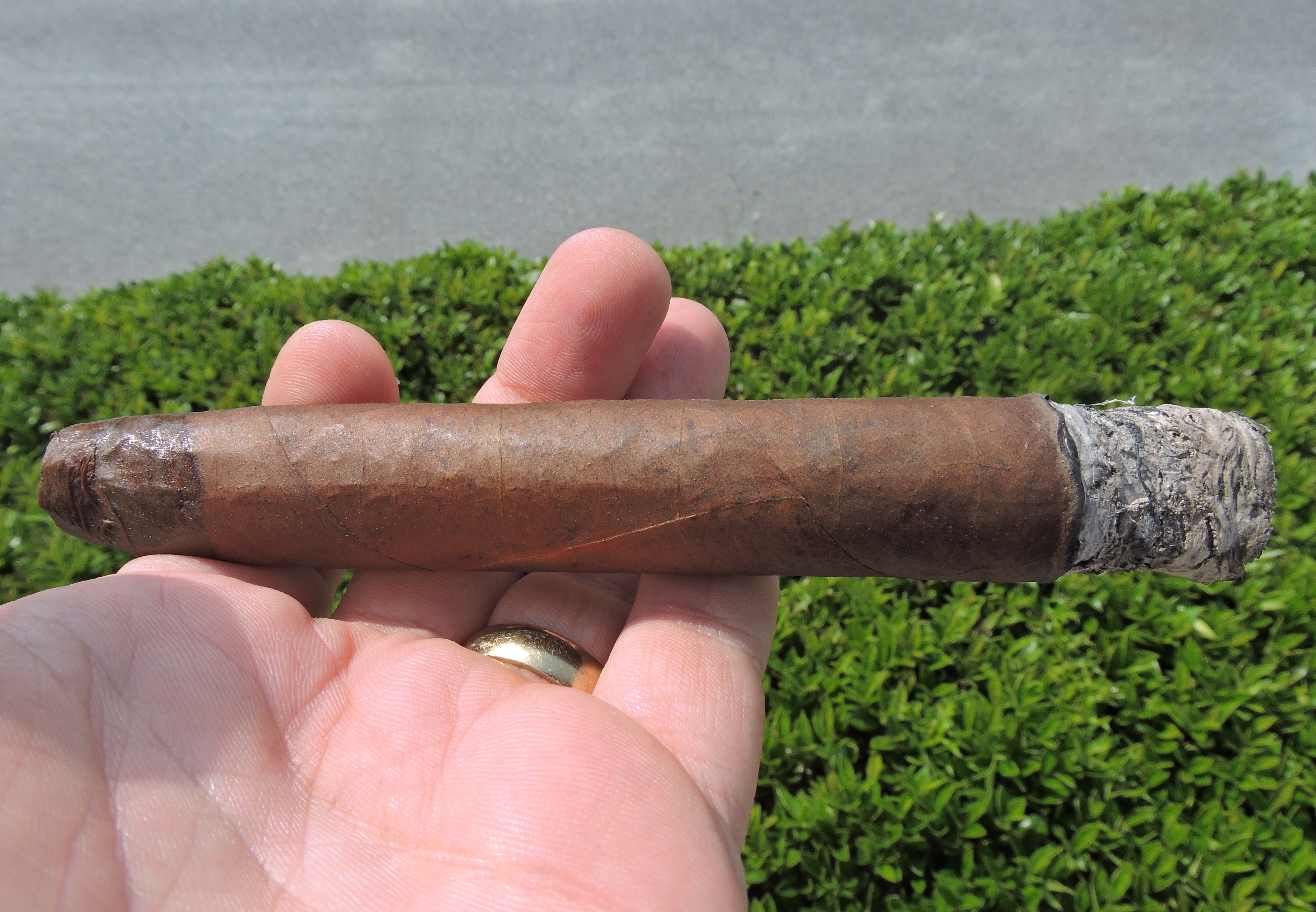 Burn of Tatuaje the W

Overall I found the draw of Tatuaje the W to be outstanding.  I found this to be an open draw that was not too tight, nor too loose.  The tip of the cigar held firm and did not get soft.

Overall I found Tatuaje the W to be a very satisfying smoke.  There isn’t going to be anything revolutionary or radical in terms of this flavor profile, but the W is going to be one of those cigars that delivers very nice flavors.  The flavors also complemented each other very nicely. This is going to be a Sumatra cigar with more of a woody and cedary profile and I would say if you like a cigar with this profile, you would like this particular cigar.  One final note is I found the belicoso format to work very nicely with this blend.  This is a cigar I’d probably steer to a more experienced cigar enthusiast.  As for myself, this is a cigar I would definitely smoke again and look forward to it in the near future.