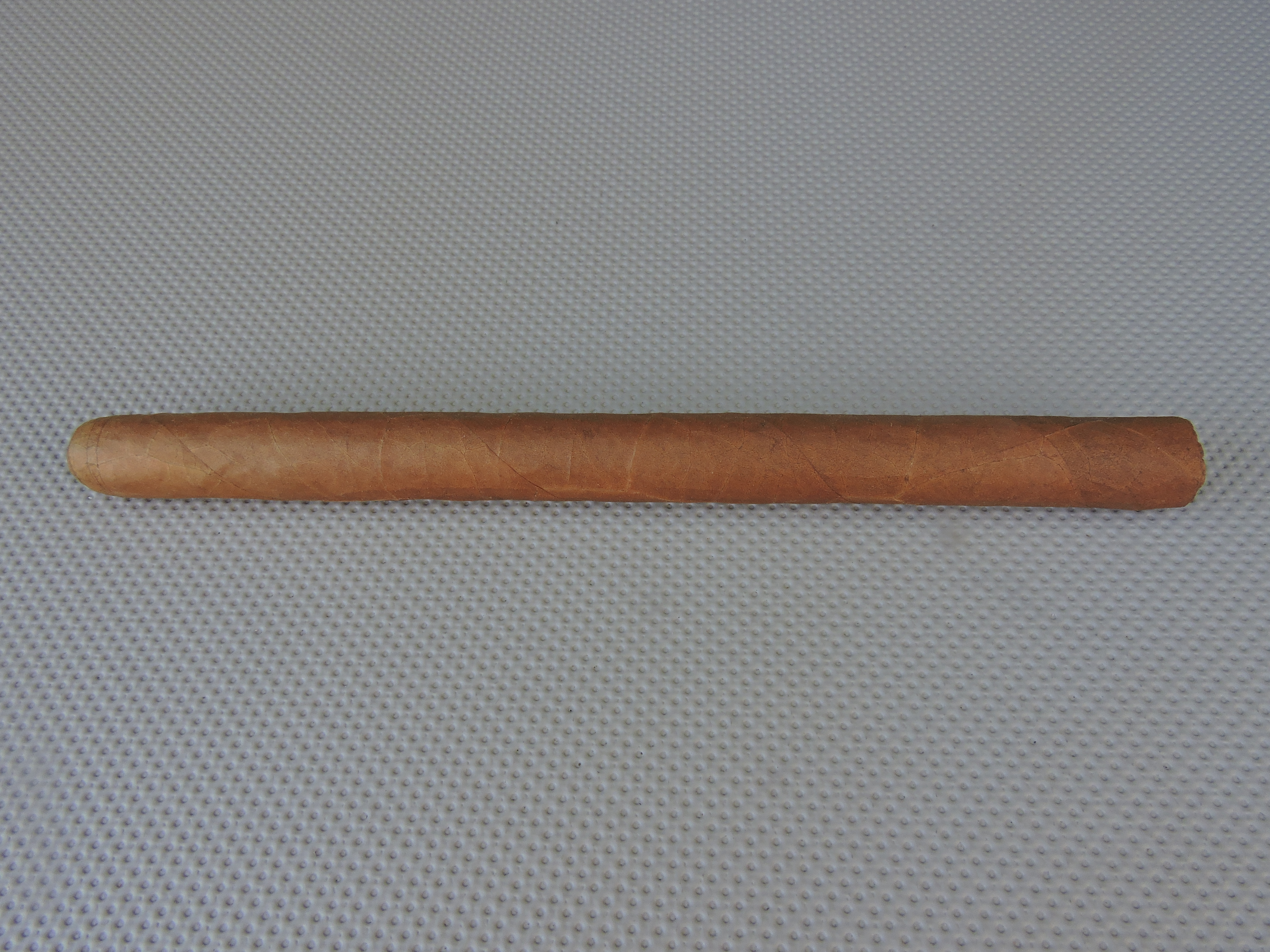 While Maya Selva Cigars might be line new to many cigar enthusiasts in the American market, it is a company that has been well established in the European market for quite some time. Therefore to many, it might have come as somewhat a surprise that the company is celebrating its 20th anniversary in 2015. It was 20 years ago when the company launched Flor de Selva – a line that is still a prominent part of the Maya Selva Cigars portfolio. To commemorate the occasion, the company has created a special cigar – the Flor de Selva No. 20. This cigar features an all-new blend that is under the Flor de Selva brand in a 7 x 38 lancero. Recently I’ve had an opportunity to smoke a pre-release of this cigar. Overall I found this to be an excellent cigar – telling its own story while remaining true to the qualities the Flor de Selva line has become known for.

Maya Selca Cigar is named for the owner and founder Maya Selva.  The company currently has there brands – Flor de Selva, Cumpay, and Villa Zamarano.  As mentioned the company has been in Europe for sometime and over the past year, there has been a considerable focus on the U.S. market.

We now take a closer look at the Flor de Selva No. 20.  Since the cigar smoked was a pre-release, we will default to our “pre-review” format to share our thoughts and perspectives.  Once the cigar is released, we will revisit it and provide an assessment rating and score.  As a disclaimer, this write-up is based on a single cigar smoking experience.

The Flor de Selva No. 20  is available in one size – a 7 x 38 vitola. The lancero is not finished with a pig-tail cap.  The cigars are packaged in ten count boxes. Production is being limited to 500 boxes total for a total of 5,000 cigars.

The Flor de Selva No. 20 lancero has a medium brown color to it. The wrapper has almost a brown bag color but the light coating of oil gives the cigar a nice sheen. Overall this is quite a smooth looking lancero. There are minimal veins that are visible and most of the wrapper seams are well hidden.

The pre-release sample was unbanded.  The final product will feature the classic Flor de Selva band as well as the classic Maya Selva Cigars footer band. 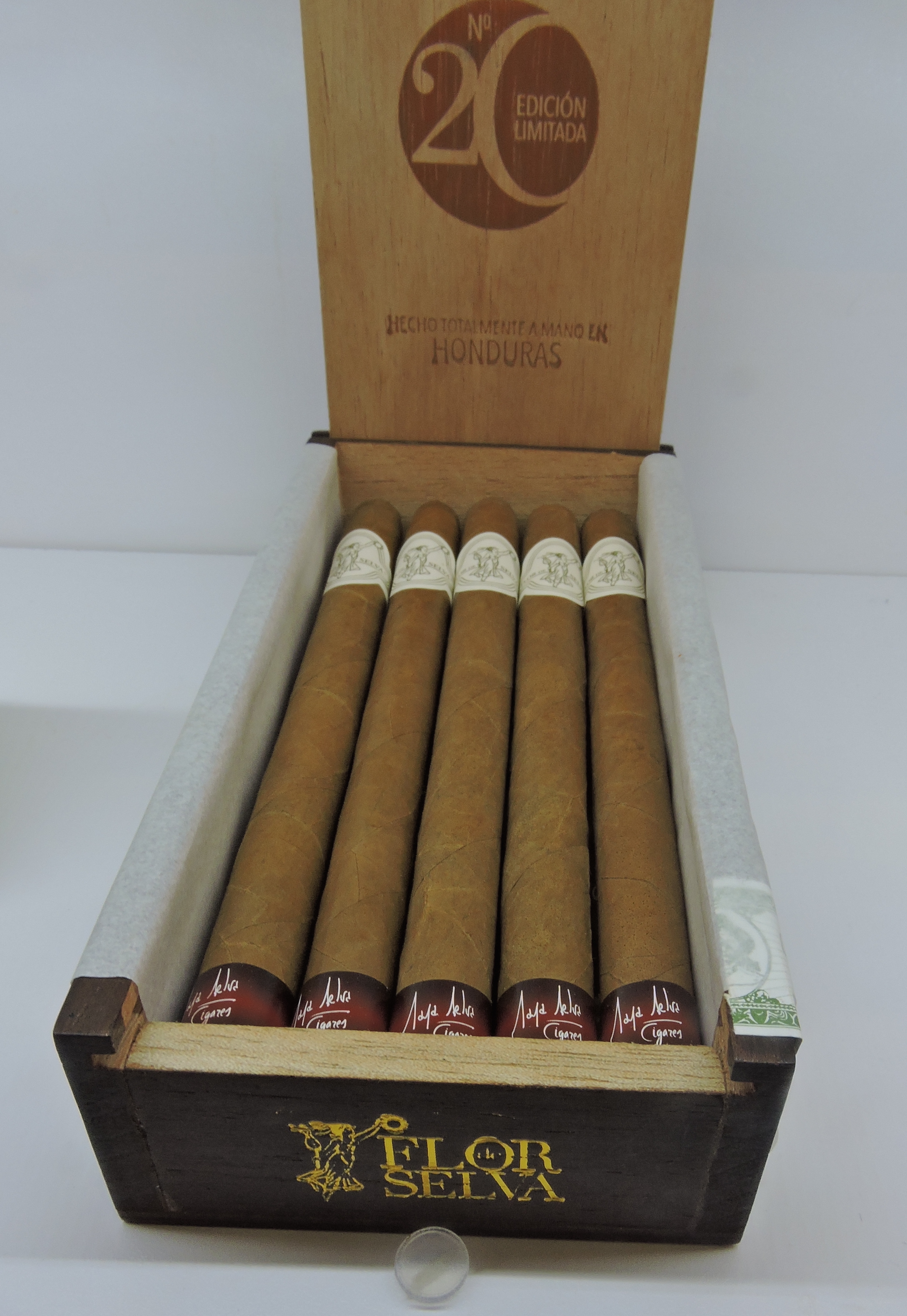 Preparation for the Cigar Experience.

The second half of the Flor de Selva No. 20, saw the emergence of a nut flavor. The nut flavor displaced the cedar in the forefront. I also saw the coffee notes make their way back to the forefront. The marshmallow-like sweetness was now a secondary note.

During the last third of the Flor de Selva No. 20, the flavor profile remained the same but now there was more in the way of spice coming from the cedar. This is the way the smoking experience came to a close. The resulting nub was soft to the touch and cool in temperature.

From a burn perspective, I found the Flor de Selva No. 20 to score very well. The burn path remained straight from start to finish. The burn line itself had a slight jaggedness to it, but this was cosmetic in nature and was easily remedied by some touch-ups. The resulting ash was tight and firm. It was mostly light gray with some dark spots mixed in. The burn rate and burn temperature were both ideal. 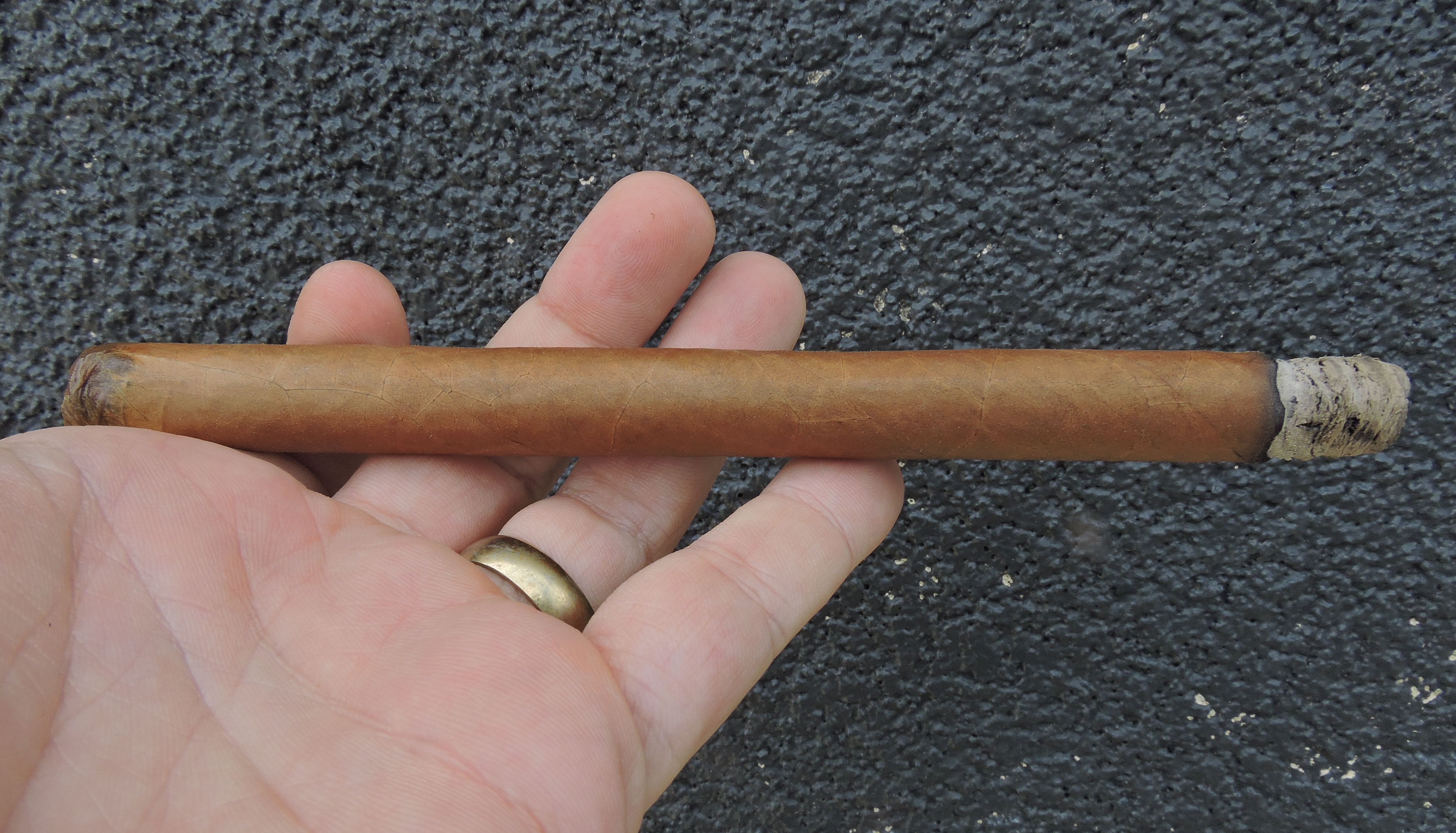 As for the draw on the Flor de Selva No. 20, I found a little more openness on it – especially for a lancero. This wasn’t a loose draw by any means. The end result was a low maintenance smoke to derive flavors from.

From a strength perspective, I found the Flor de Selva No. 20 to fall right in the middle of the spectrum.  I assessed this cigar as a medium strength cigar from start to finish. As for the flavors, I found they also started out medium-bodied. Toward the last third, I did notice the weight of these flavors increased on the palate – and felt the cigar made a transition to medium to full-bodied.

When looking at strength versus body on the Flor de Selva No. 20, I gave a slight edge to the body.

At the start of this assessment, I mentioned how this cigar had many of the qualities from the Flor de Selva line and how it told its own story. The marshmallow sweetness was definitely something reminiscent from the Flor de Selva Connecticut line. Yet, the coffee and nut notes I got from this cigar were very different from much of the other Flor de Selva lines. It was also one of the more unique Honduran puros I have had.  This is a cigar that I could recommend to an experienced or novice cigar enthusiast. If one is a lancero enthusiast, this is a cigar that is a must try. As for myself, this is a cigar I definitely look forward to when it hits the shelves.