Kafie 1901 Cigars has announced the addition of its long awaited Sumatra line. The Kafie 1901 Sumatra becomes the company’s third regular production blend joining the Kafie 1901 Maduro and Kafie 1901 Connecticut blends. The new Sumatra blend is slated to be released on November 1, 2015.

In a press release company owner Dr. Gaby Kafie said, ““We are getting set to offer connoisseurs three all time popular blends with this addition”. With the addition of the new Sumatra line, Kafie feels, “we will be able to offer a solid and versatile line of boutique cigars”. 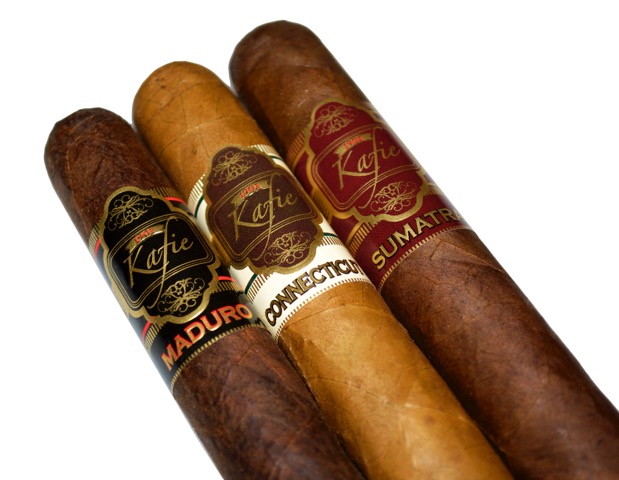 The Kafie 1901 Sumatra is highlighted by a Colorado shade grown Sumatra wrapper from Ecuador. The binder is Honduran coming from the Reyes Family farms in Danli. The filler is a blend of tobaccos from both the Dominican Republic and Honduras.

Kafie Cigars are made at Tabacalera Puros Aliados, the factory of the late Rolando Reyes Sr. which is located in Danli Honduras. The company prides itself on being geared to Brick and Mortar Establishments. “The Kafie’s have always owned family businesses, and we believe in supporting similar establishments”, stated Dr. Kafie.