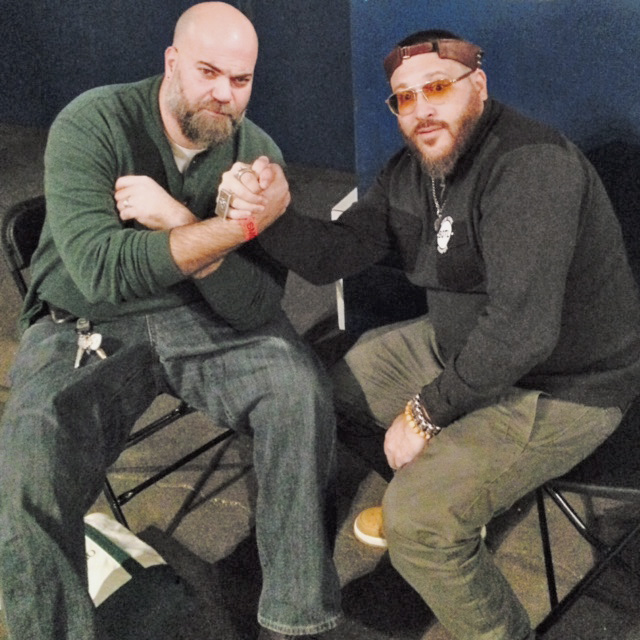 Drew Estate is planning a new cigar called Shady Southpaw.  The cigar is another collaboration between Drew Estate and Shady Records.  It follows up the Undercrown Shady XV, which was released in November 2014.  While the Shady XV, was a regional limited release of 500 bundles to the Detroit, Michigan area, the new Shady Southpaw have what the company describes as a more “broader”  release.  Drew Estate is planning an early 2016 release.

Details of the new cigar have not been disclosed.  A press release stated that Drew Estate Master Master Blender Willy Herrera is current working on a blend to fit Shady Records co-founder Paul Rosenberg’s palate. Herrera was quoted as saying the blend is “a very different and distinct full bodied cigar, very different from anything that has come out of DE.”  The original Shady XV was a 5 x 50 box-pressed belicoso that was a line extension  Undercrown using the Corona ¡Viva! blend.

The release of Shady Southpaw will commemorate the release of Southpaw, a film where Rosenberg is serving as co-producer.  The motion picture soundtrack is being released under the Shady Records label and will feature various Shady Records artists including Eminem, Slaughterhouse, and Bad Meets Evil.

Jonathan Drew, co-founder of Drew Estate commented on the partnership with Rosenberg and Shady Records: “Paul Rosenberg is a trusted friend, who I enjoy collaborating with.  He delivers a robust conceptual flavor throughout all of his projects, whether it is music with Eminem, film with the Weinstein brothers, or premium cigars with JD. There is an unusual strength in the man’s character, with an authentic, homegrown style to match. Paul and Willy Herrera have been doing mad scientist creatin’ in Nicaragua, coming up with something big and bold for y’all to smoke, but the sh*t ain’t ready just yet. At a combined height of almost 14 feet, I ain’t pushing them to speed things up. Hahahaha. As you know, tobacco blending takes time, so we aren’t going to rush the cigar, but we wanted to let you all know that it’s coming.”

When asked about the project, Rosenberg commented, “the opportunity to go another round, so to speak, with Drew Estate is something I am very excited about.  I’ve been an avid cigar smoker and enthusiast for years. Knowing that JD is a huge music fan, he and his DE team are a great fit for me to be able to enter into the cigar world. They know how to bring well-crafted products to market with the right punch – the same thing that we try to do in the music business.  The Shady Southpaw cigar will definitely be a contender.”