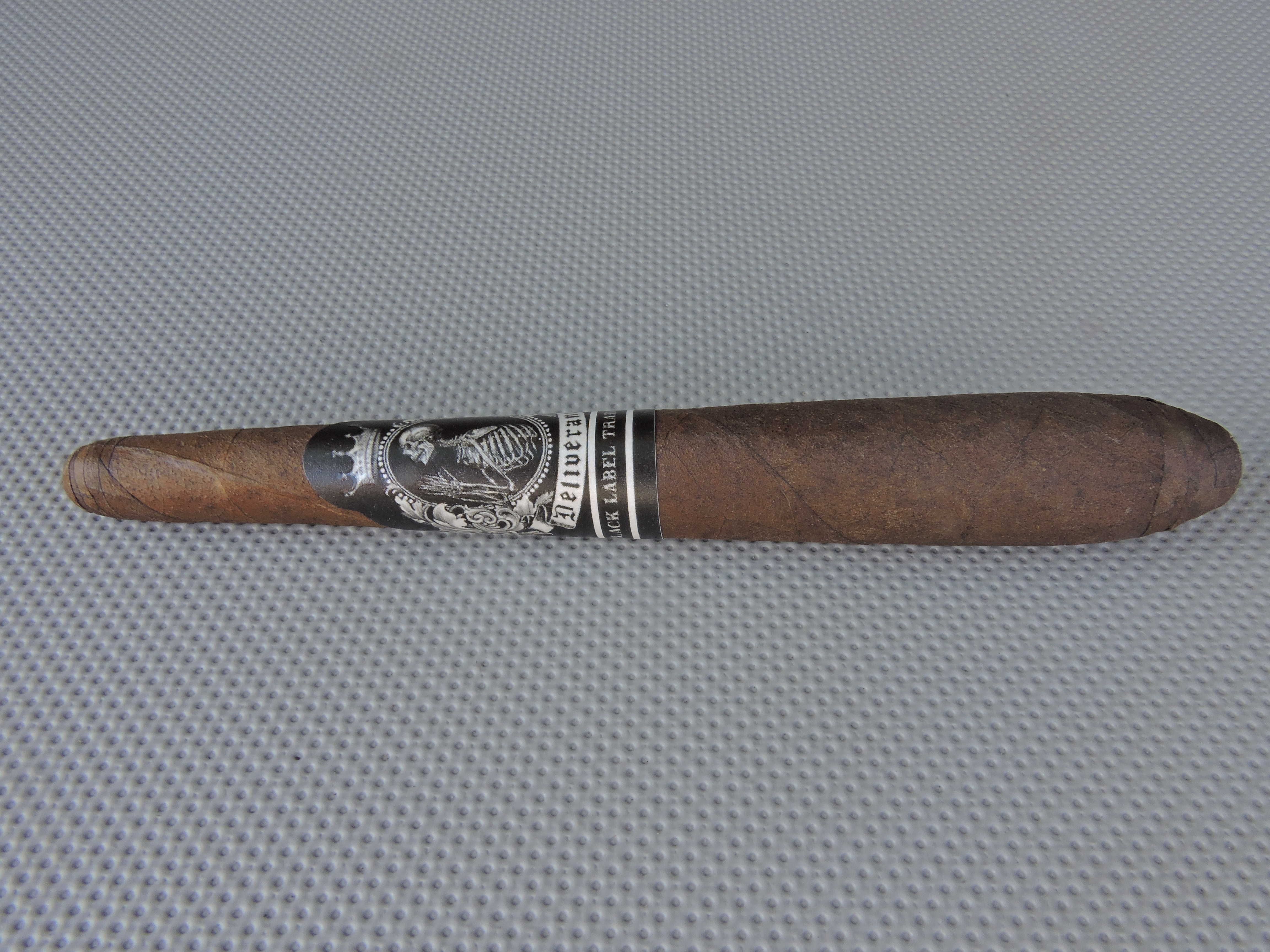 BLTC was founded by James Brown. When the company launched in 2013, they ambitiously launched six blends. In 2014, the company added two limited production lines (Deliverance and Morphine) and also released a shop exclusive to Underground Cigar Shop (Catacomb). Throughout these releases, the company has kept true to its philosophy of small batch cigar making. They articulate this philosophy on the web-site:

“Our philosophy is Less is More; Small is Big; Small is Elite; and finally, Fine Tobacco making is Fine Art. Much like when we experience fine art, the Black Label Experience involves slowing down, taking in, being in the moment and letting expectation be replaced by surprise, and ultimately, total satisfaction.”

Without further ado, let’s break down the Black Label Trading Company Deliverance Nocturne in the Salomon Snub Nose size and see what this cigar brings to the table.

The Deliverance Nocturne is available in two salomon sizes.

The vitola to the Salomon Snub Nose is unique. It starts off at a 36 ring gauge and has almost a baseball bat type design with a blunt foot. It gets widest about 1/2 an inch from the footer at a 56, There is a slight taper for the last 1/2 inch and the footer is open.

The Petit Salomon Snub Nose has a similar design, but it starts out with a 40 ring gauge and is shorter in length. 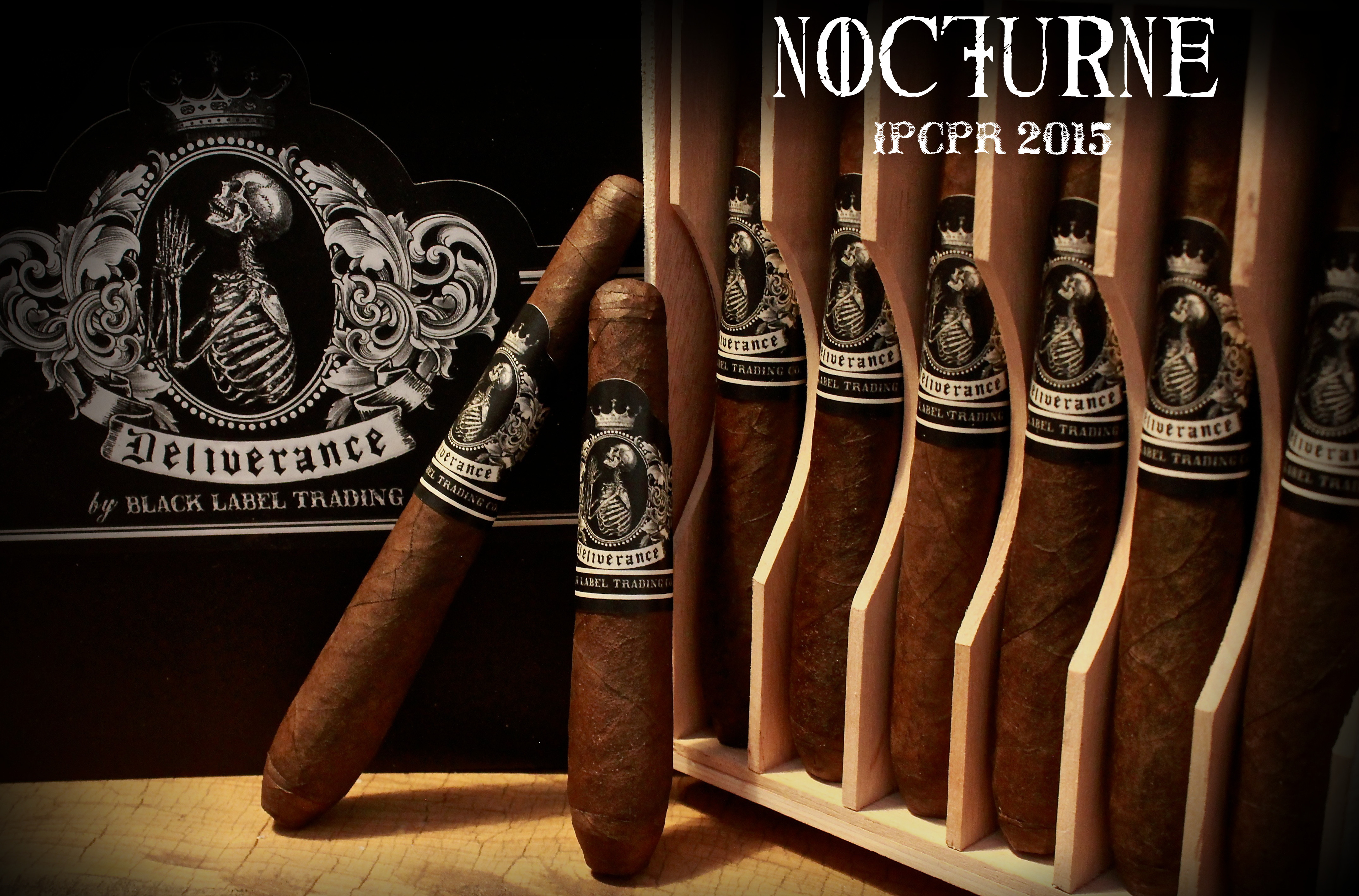 The band on both vitolas of the Deliverance Nocturne is the same as on the San Andres Deliverance. The band is black in color. On the band is a portrait-style image of white skeleton facing to the left. Above the portrait is a black and white crown. Below the portrait is a white ribbon with the text “DELIVERANCE” in black font. On the bottom of the band is “BLACK LABEL TRADING COMPANY” in white font. There is a white stripe above and below that text.

Prior to lighting up the Deliverance Nocturne Salomon Snub Nose, I went with a straight cut. To accomplish opted to use my Credo Special T cutter using the 36 ring gauge hole to get an ideal cut for this salomon. Once the cap was removed, I moved on to the pre-light draw phase. There was plenty of flavor on the dry draw as I detected notes of chocolate, earth, a slight fruit note, and some floral spice. Overall I was quite pleased with the pre-light draw of the Nocturne Salomon Snub Nose. At this point I was ready to light up the cigar and see what smoking phase would have in store.

During the last third, the earth and chocolate remained in the forefront. The pepper notes had now moved closer to the forefront. There was still a touch of cream, but the fruit sweetness was just about gone. This is the way the cigar experience came to a close. The resulting nub was firm to the touch and cool in temperature.

Overall the burn of the Deliverance Nocturne Salomon Snub Nose performed quite well. I found this to be a cigar that had a straight burn path from start to finish. The burn line itself was jagged, but overall this is a cigar that required more cosmetic touch-ups with the lighter than anything. The resulting ash was light gray. I found the ash started out firm, but along the way there was some minor flaking. The burn rate and burn temperature were ideal. 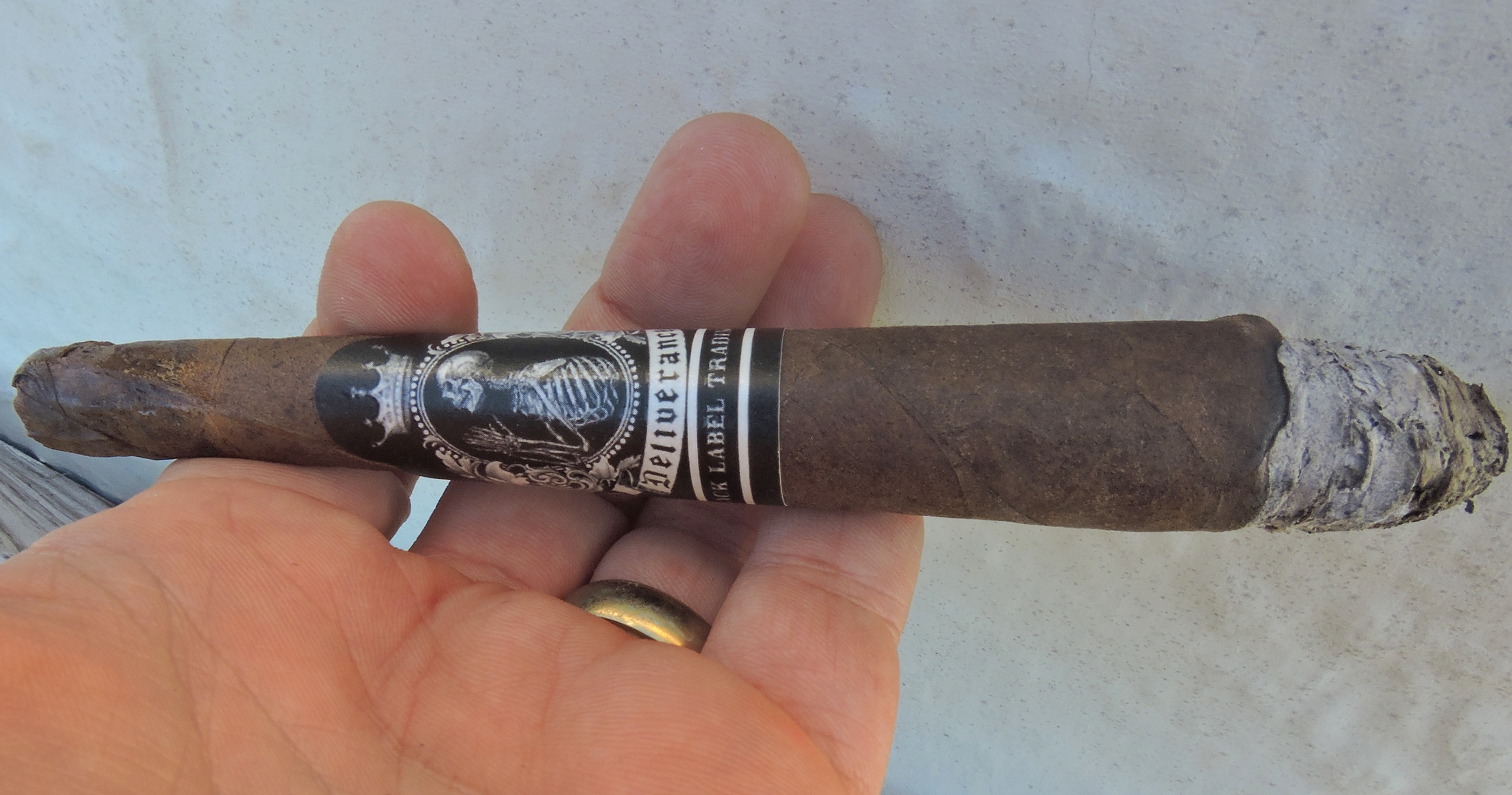 I smoked three samples of this cigar. Two of the samples had a snug draw. While I do like some resistance on the draw, I did find this a little tighter than I like. If you are a cigar enthusiast who gets the tip of the cigar wet, I would advise trying to smoke this cigar as dry as you can.

I found the Deliverance Nocturne Salomon Snub Node to be a cigar with some fire power. This is a cigar that started out as medium to full in both strength and body. Both the strength and body increased along the way, and both came close to moving into what I consider full strength, full-bodied. Throughout the smoking experience, I found both the strength and body balanced each other nicely with neither attribute overshadowing the other.

Overall I found the Black Label Trading Company Deliverance Nocturne Salomon Snub Nose to be a very good cigar.  This was my first BLTC cigar out of Fabrica Oveja Negra and overall I was quite impressed. In particular, I feel Brown and BLTC really nailed down a blend that brings out the best of that Pennsylvania Broadleaf wrapper. I do wish I had a little less snugness on the draw, but this is a case of a cigar where the positives easily outweighed any shortcomings. Because this is a little stronger and fuller cigar, it’s probably one I’d steer to an experienced cigar enthusiast. As for myself, this is not only a cigar I would smoke again, but it’s one with nice aging potential.  It’s easily a box split my book.