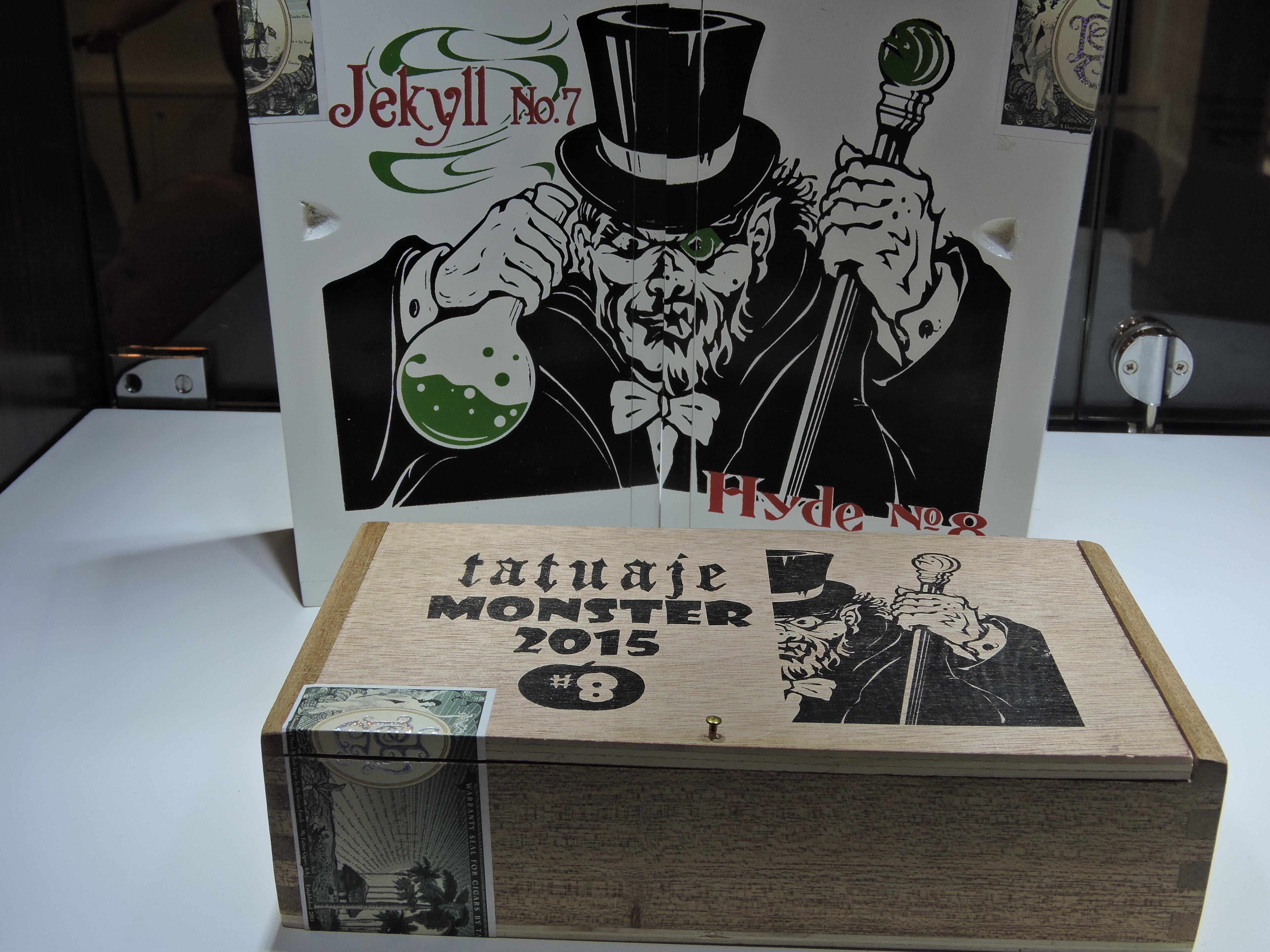 Tatuaje Cigars owner Pete Johnson announced on social media the list of the thirteen “Unlucky Retailers” who were chosen to receive dress boxes of the Tatuaje Hyde. The Hyde is the eighth installment in Tatuaje’s annual Monster Series. The thirteen retailers on the list will able to acquire the custom-designed boxes with the 2015 Monster theme to sell. It is expected that authorized Tatuaje retailers will be able to acquire plain boxes containing the Hyde.

Hyde represents one of the two main characters in Robert Louis Stevenson’s “The Strange Case of Dr. Jekyll and Mr Hyde”. Last year, the other character in that work, the Tatuaje Jekyll was released.  The Hyde release has been on the radar for since 2014 – namely when Johnson showed off the pair of cigars just prior to the 2014 IPCPR.

The dress boxes are designed to complement each other much like the characters of Jekyll and Hyde. When the boxes placed together, the two images form a single image.

Tatuaje Hyde will use an Ecuadorian Sumatra wrapper. This is the second Monsters installment to use this wrapper. The other one being the Tatuaje Wolfman. The Tatuaje Jekyll featured the Santi Spiritus wrapper.

Over the past few years, this has typically become one of the most anticipated cigar releases of the year by many cigar enthusiasts. As in the past, a pre-announcement of these retailers was made to the Tatuaje Saints and Sinners clubwas made prior to the public announcement. 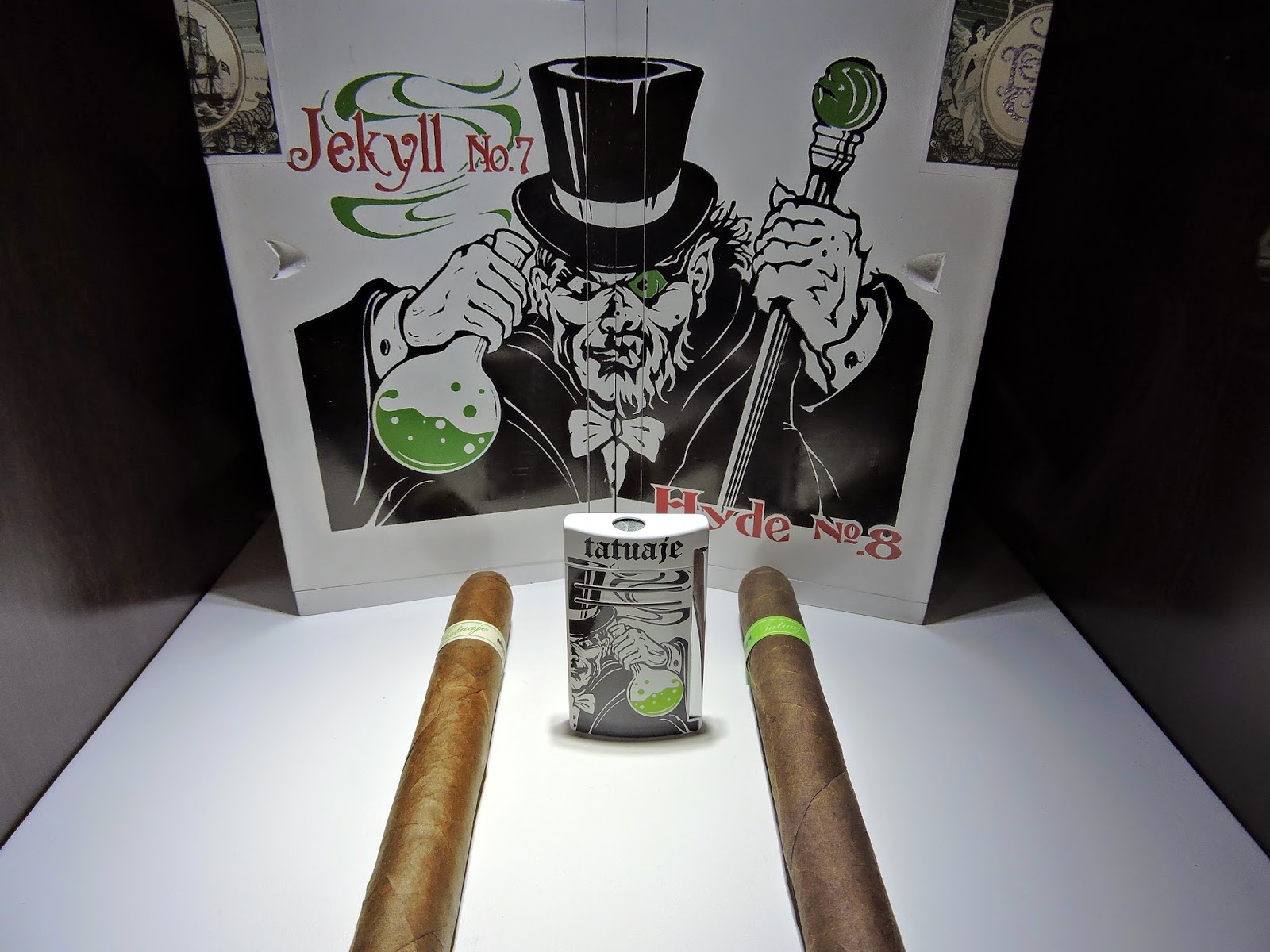