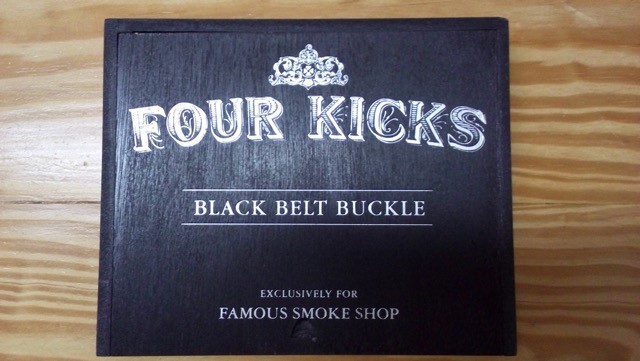 Easton, Pennsylvania-based retailer Famous Smoke Shop has announced its third major shop exclusive project in the past two weeks. This time the retailer is teaming up with Crowned Heads cigars to produce a special line extension to the Four Kicks line called, the Four Kicks Black Belt Buckle.  The cigar is expected to be available on December 3rd with pre-orders being taken now.

The Black Belt Buckle uses the same Nicaraguan binder and filler that was found on the original Four Kicks, but replaces the Habano Ecuador wrapper with a Connecticut Broadleaf wrapper.  The cigar will be made in one size – a 5 5/8 x 46 Corona Gorda. It will be packaged in ten count boxes with each cigar carrying an SRP of $7.96 per cigar. Production is being limited to 1,000 boxes (10,000 cigars). 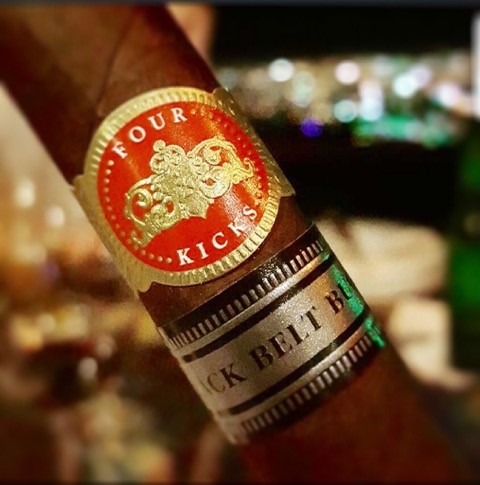 The name Four Kicks was taken from a song by the band Kings of Leon. The reference to Black Belt Buckle refers to lyrics in that song:

Huff men don’t take no nonsense
He’s here to rectify
He’s got his black belt buckle
And the red man’s fire in his eyes.

Crowned Heads joins Padron Cigars and Alec Bradley as companies that have recently partnered with Famous on Shop Exclusive Cigars.

At a glance, here is a look at the Crowned Heads Four Kicks Black Belt Buckle: