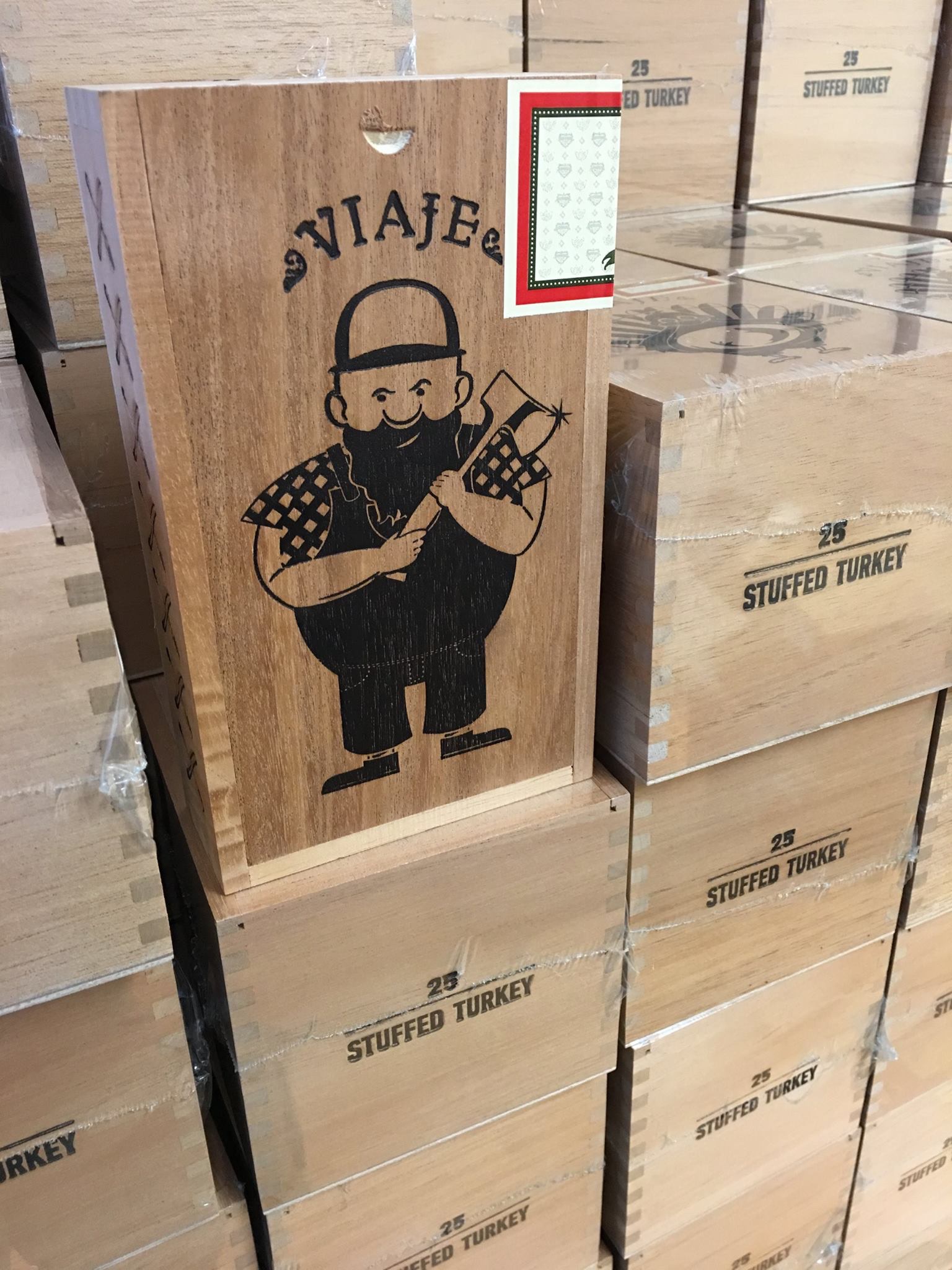 The Viaje Stuffed Turkey White Meat and Dark Meat editions once again return as 5 x 58 vitolas, the same size that has been seen on the line since 2013. The White Meat feature all Aganorsa farm tobacco from Nicaragua highlighted by a Criollo wrapper. The Dark Meat features a San Andres Maduro wrapper with Aganorsa tobaccos for the binder and filler.  Last year, after three years as a part of the White Label Project releases; Viaje moved Stuffed Turkey into its own line.

Once again, Farmer Bill Hatchet makes a return. This cigar was introduced as a part of the Thanksgiving Seasonal release back in 2014.  The concept behind this release was stated by Viaje on its Facebook page: “How does Stuffed Turkey get to your table for Thanksgiving? Call in the hatchet man“.

Farmer Bill Hatchet returns in a 7 x52 box-press. The 2015 edition features an Aganorsa-grown Corojo wrapper over Aganorsa tobaccos for the binder and filler.