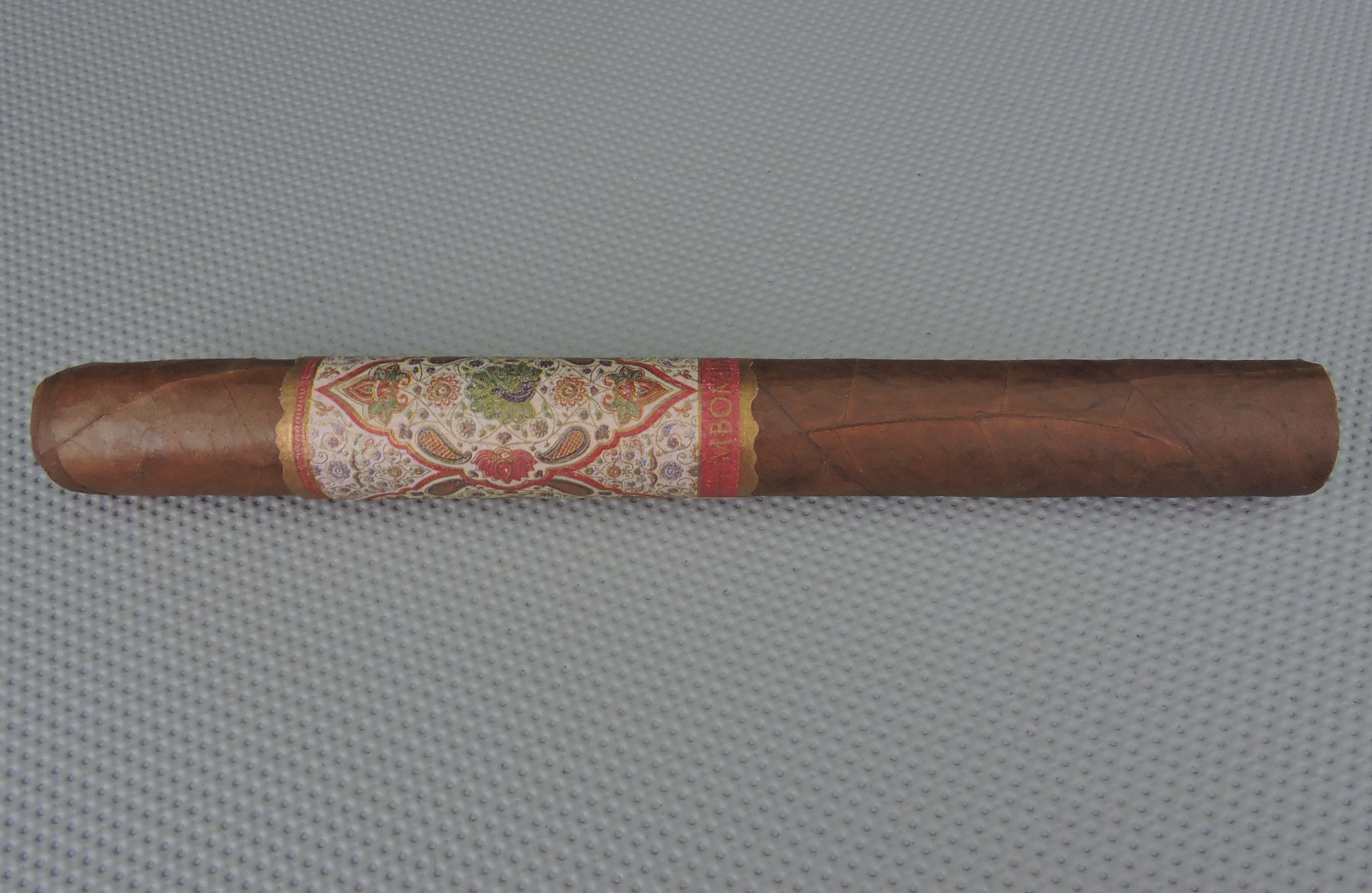 Just prior to the 2015 IPCPR Trade Show, Bombay Tobak launched its fifth regular production line, the MBombay Habano. As indicated by the name, the line would introduce a Habano wrapper offering into the portfolio. Bombay Tobak is owned by Mel Shah. Shah is retailer who owns Fame Wine and Cigars in Palm Springs, California. After retiring from the IT industry in 2001, Shah opened his shop and last year entered the manufacturing side. For his brand, Shah produces his cigars out of Costa Rica. Recently I’ve had an opportunity to smoke the MBombay Habano the Churchill size vitola. Overall I found this to be one of the most unique Habano blends out there, and one that delivered a very satisfying and enjoyable smoking experience.

Without further ado, let’s take a closer look at the MBombay Habano Churchill and see what this cigar brings to the table.

The Habano wrapper on the MBombay Habano comes from Ecuador. The cigar also features an Ecuadorian Criollo binder and fillers from Nicaragua and Peru. Peruvian tobacco is a common denominator across each of MBombay’s blends. When Shah was a guest on Stogie Geeks, he discussed how Peruvian tobacco is the “X” factor across his brand.

The MBombay Habano is available in five sizes – each in 20 box counts. 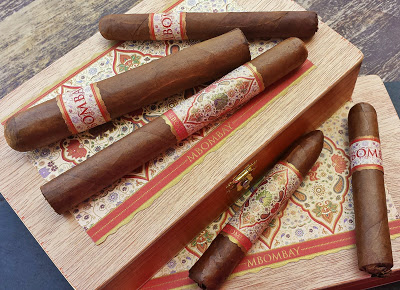 The Ecuadorian Habano wrapper of the MBombay Habano Churchill has a medium brown color with a dark cinnamon color tint to it. Upon closer examination, some darker marbling can be seen on the surface. There is some oil on the surface of the wrapper. The wrapper was on the smooth side as with only some thin visible veins and thin visible wrapper seams present.

The cigar has a large band covering the middle section. It has an Indian-mosaic design consisting of a red, rose, and olive color scheme. There is a red stripe toward the lower part of the band with the text “MBOMBAY” in gold font. 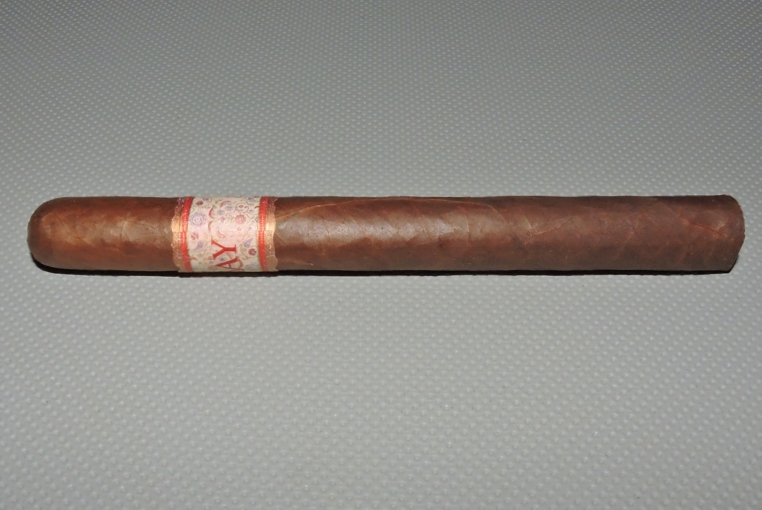 Out of the gate, the MBombay Habano Churchill delivered herbal, white pepper and nut flavors. There also was a distant cherry flavor in the background that remained there throughout most of the cigar experience. As the flavor profile evolved, the nut and herbal flavors went primary. The white pepper notes receded into the background and were joined by some cream notes. Meanwhile, the retro-hale produced an herbal spice.

As the Mbombay Habano Churchill moved through the first third, I found the herbal and nut flavors continued to dominate in the forefront. The herbal notes seemed to have a slight edge over the nut flavors. The background notes saw the white pepper, cream, and cherry notes still present.

By the second third, I found the nut flavors on par with the herbal notes. During this stage of the cigar experience, I found the herbal notes developed more in the way of sweetness. Meanwhile the cream, white pepper, and cherry still were still present in the background.

By the last third, the white pepper joined the sweet herbal notes in the forefront.  The nut flavors receded to a secondary note joining the cream notes. By this point the subtle cherry flavor that had been present had dissipated. This is the way the MBombay Habano Churchill came to a close. The resulting nub was cool in temperature – and slightly soft to the touch.

Overall I found the MBombay Habano Churchill to be a well-constructed cigar and this reflected nicely on the burn and draw.  The burn took a straight path from start to finish. There was a slight amount of jaggedness on the burn early on, but after some touch-ups, this straightened out as the cigar experience progressed. I found the resulting ash to have a salt and pepper color scheme. The ash itself wasn’t overly firm, but it wasn’t a loose ash either.  The combustion to the Habano Churchill was excellent as the cigar had an ideal burn rate and ideal burn temperature. 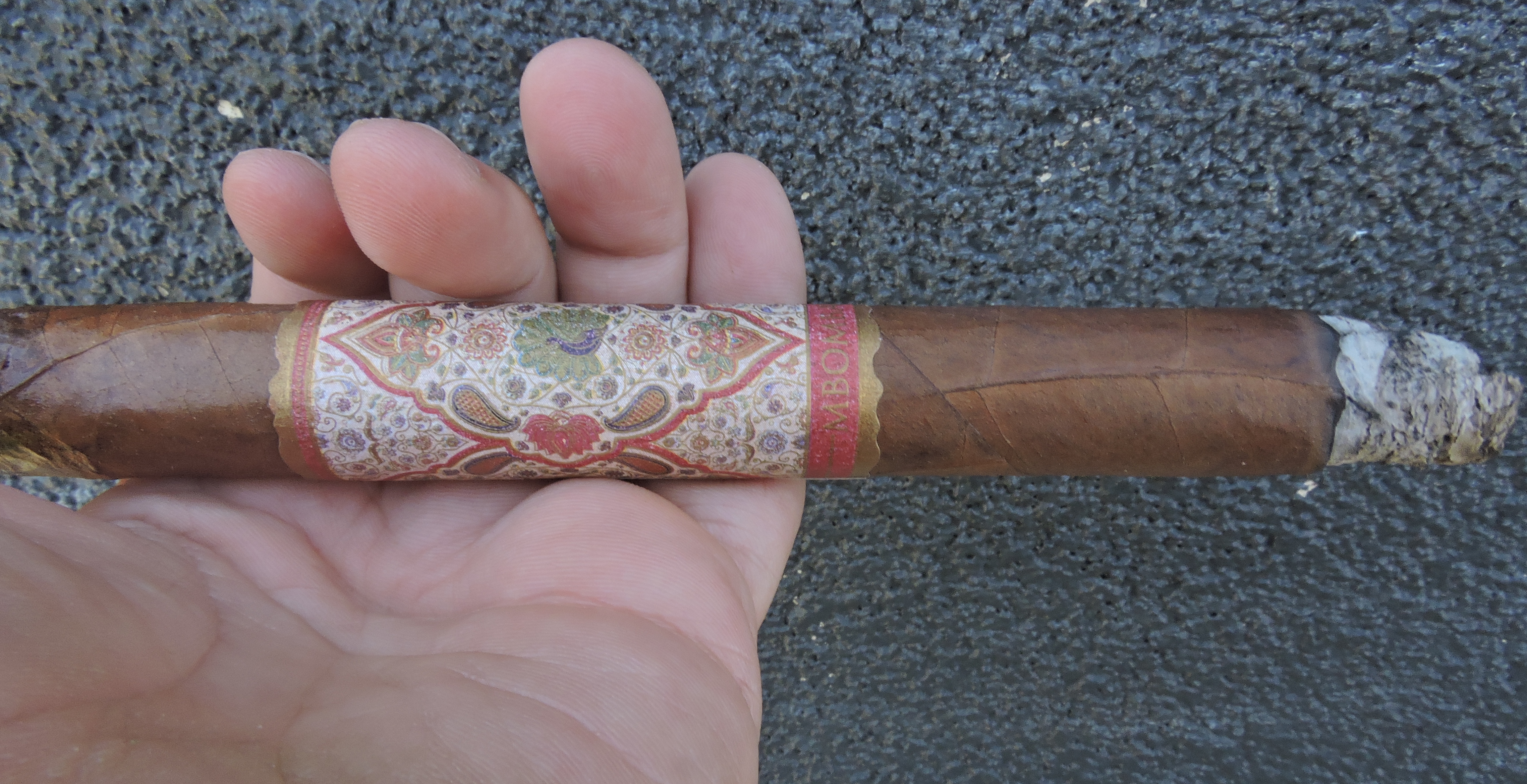 The draw performed quite well.  This wasn’t a loose draw, but it wasn’t a tight one either. I found a nice level of smoke production from the MBombay Habano Churchill. Overall, this was a low maintenance cigar to derive flavors from.

One thing I found is that the MBombay Habano Churchill was one of the more dialed back Habano blends I have had. The cigar started out with both mild to medium strength and mild to medium body. I found the strength and body slowly increased, but it wasn’t until the last third where both attributes crossed into medium territory. In terms of strength versus body, I found both attributes balanced each other nicely – with neither having an edge over the other.

As we mentioned Peruvian tobacco is a common denominator through the MBombay portfolio. The Mbombay Habano Churchill is going to do an excellent job at showcasing the Peruvian flavors – which I typically describe as having the herbal qualities to it. It takes a little while to get going, but by the second third, I found once the sweetness kicked in, it really brought in at the best of the what this tobacco has to offer. The dialed back profile in terms of strength and body worked quite well with this particular blend. In the end, this is going to be a very different Habano than most on the market. While I’m not sure it’s for everyone, I still found it quite satisfying. It’s a cigar I’d encourage novice or experienced users to try. As for myself, it’s a cigar I would smoke again. It’s worthy of a multi-cigar purchase and worthy of having a five pack in my humidor.

* MBombay Cigars is a sponsor of Cigar Coop and Stogie Geeks