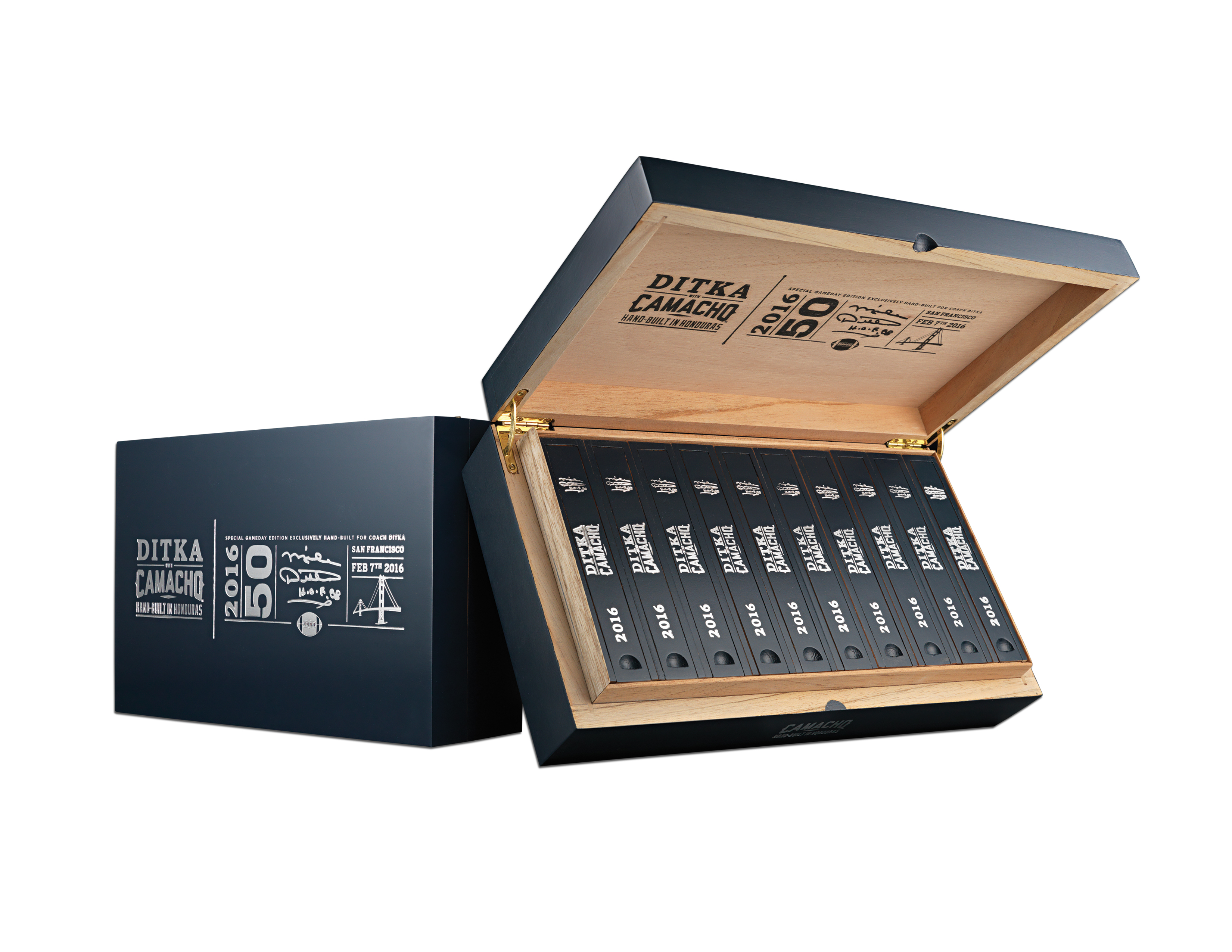 The Ditka Special Game Day Edition will feature each cigar packaged in an individual coffin. The cigar will be in the Camacho’s signature 11/18 figurado size.  There will be 20 coffins packaged per box with a total production of 500 boxes.

The Ditka Special Game Day Edition is the first Ditka cigar to use the 11/18 size.

The Ditka Special Game Day Edition is not branded as an NFL cigar nor as a Super Bowl cigar. It does make references to the big game including the February 7th date, the City of San Francisco, and the image of the Golden Gate bridge.