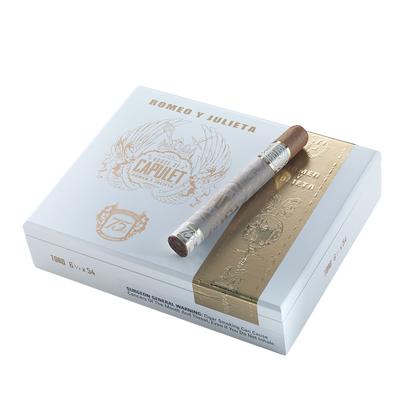 As Famous Smoke Shop continues to celebrate its 75 years in business, it has announced a pair of shop exclusive cigars by Altadis USA to commemorate the occasion. Both cigars are line extensions of the Romeo y Julieta Capulet and Montague lines – lines that are already exclusive to Famous.  The Romeo y Julieta 75th Anniversary Capulet and Montague cigars 6 1/2 x 54 vitola to each of the lines. Famous has said the cigar is now available for order.

The Romeo y Julieta Capulet 75th Anniversary is highlighted by an Ecuadorian Connecticut wrapper over a Nicaraguan binder and a combination of Honduran and Nicaraguan long-filler. The Romeo y Julieta Montague 75th Anniversary is described as a bolder blend than the Capulet. It consists of a Brazilian Maduro wrapper over a Dominican Olor binder and a combination of Nicaragua, Dominican and Brazilian long-filler. 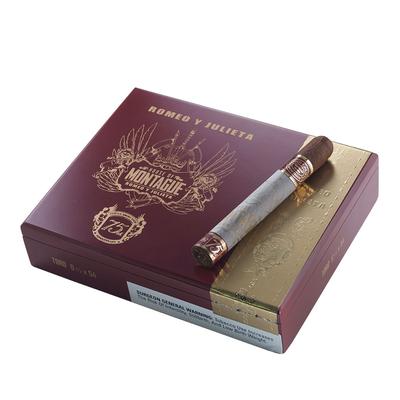 Capulet and Montague were the names of two feuding families from William Shakespeare’s Romeo and Juliet literary work – the work that the Romeo y Julieta line pays homage to.

“75 years is a major achievement for any company,” Cigar Advisor reviewer and Famous Smoke Shop copywriter Jonathan Detore commented in a press release. “But to remain family owned throughout all those years makes this occasion that much more special. And what better cigar to celebrate with than the Montague or Capulet? Both have been stellar lines since their release, and this limited edition size will only offer more of that impeccable core flavor to the mix. I was especially excited to try out the Montague because of the Brazilian longfiller which was outstanding, but the Capulet was a rock star in my taste tests as well. Very well done by the men and women at Romeo y Julieta, and a big thank you for commemorating our anniversary with this specialty cigar.”

Famous Smoke Shop has indicated the cigar is not a one time release, but will be available in limited quantities.  There will be 1,000 boxes of the Capulet blend and 500 boxes of the Montague blend.

In addition to the two Romeo y Julieta releases, the Famous 75th Anniversary Cigar was released by Padron Cigars as a shop exclusive to also commemorate Famous’ 75th anniversary.