Agile Cigar Reviews replace what we termed “Assessment Updates”. The concept is the same, but the name is different. Agile Cigar Reviews use a lightweight, shorter format. These will never take the place of our comprehensive reviews. They are only used on blends we have previously assessed. This might be a blend we are re-scoring or providing a score for a first time. It might be a blend we are looking at in a different size. Today we look at the L’Atelier Extension de la Racine ER15 (a lonsdale). This is a cigar we previously did a pre-release assessment in the ER13 (Toro) size back in 2013. 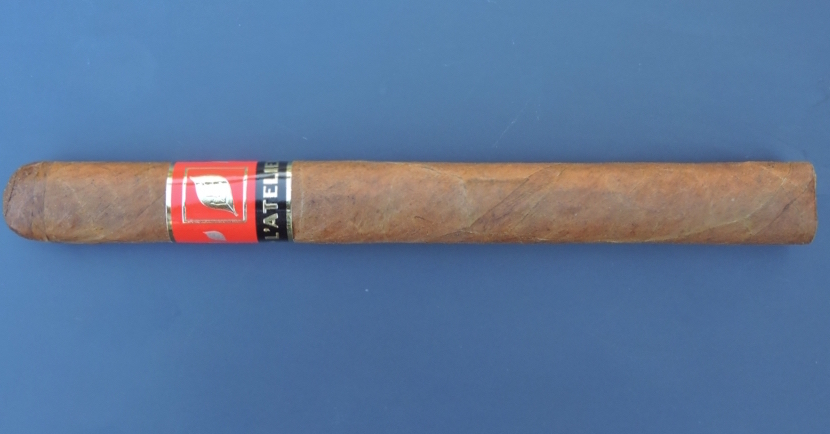 The name “Extension de la Racine” translates to “extension of the root”. The blend is an off-shoot of the core L’Atelier line. It incorporates the Sancti Spirtus tobacco – something that is a staple on all L’Atelier Import cigars branded under the core L’Atelier name. Sancti Spiritus is a hybrid of Criollo and Pelo de Oro and was designed as a replacement seed for Pelo de Oro. The remainder of the blend features a Nicaraguan Criollo wrapper as well as Nicaraguan fillers.

When I had originally smoked 2013’s ER13, there was actually a heavier sweet component that I thought was a little overpowering at times. This might have been youngness as that 2013 was a pre-release sample. With the ER15, this was not the case as the flavors were more balanced. Overall the ER15 was very enjoyable. It’s a cigar I would steer toward a more seasoned cigar enthusiast. It’s worthy of a box split in my book.