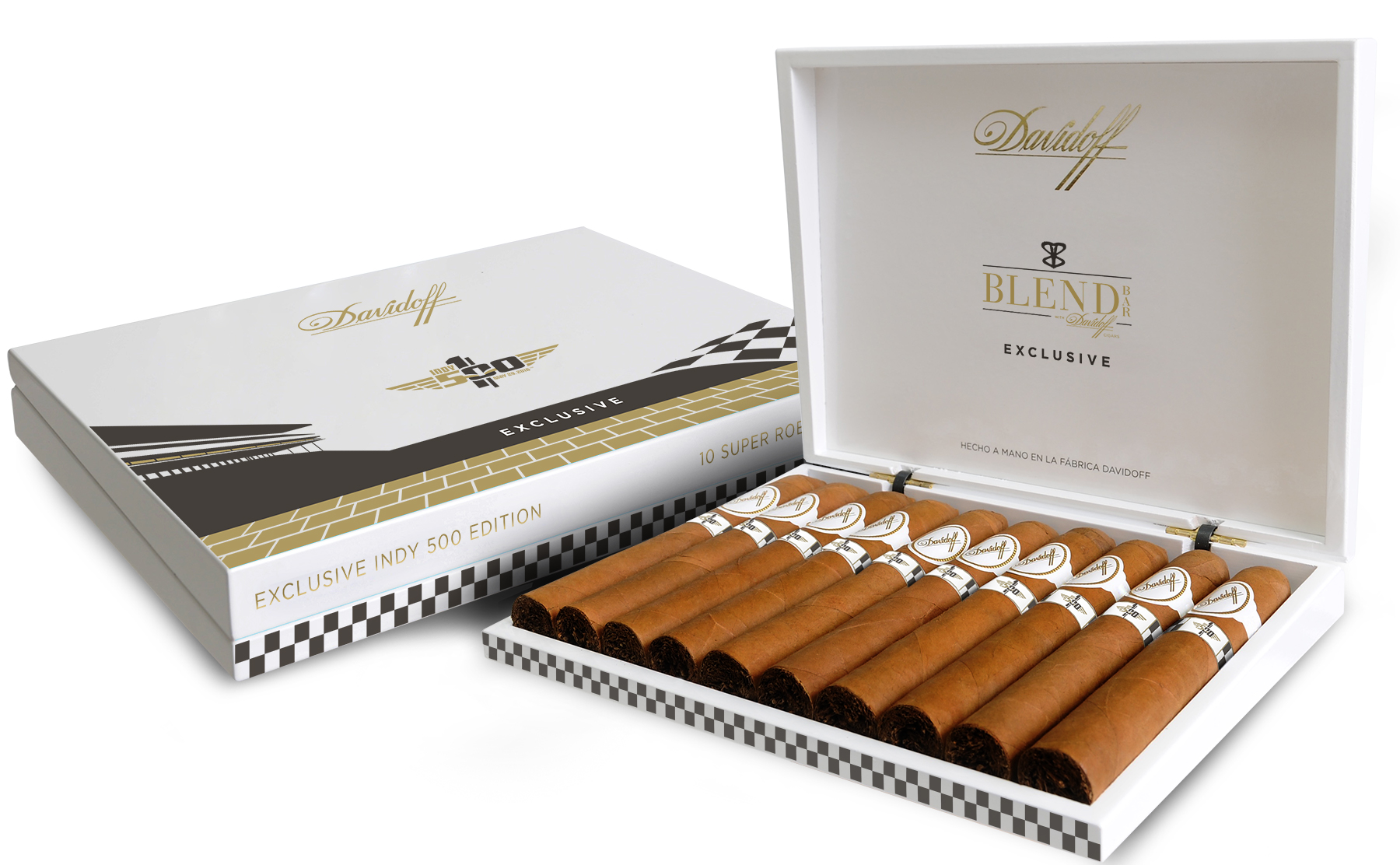 On May 29th, 2016, the Indianapolis 500 will celebrate its 100th running. To commemorate this milestone, Davidoff of Geneva USA has unveiled a limited edition cigar called the Davidoff Exclusive Indy 500 Edition. Indianapolis-based retailer Blend Cigar Bar has been named the exclusive U.S. distributor for the cigar. The cigar will be available later this month.

There is a connection between Davidoff of Geneva and the Indianaplis 500 race. It was in 1911 when Henri Davidoff opened his own tobacconist shop in Geneva Switzerland. That shop has become the foundation of the Davidoff brand. Meanwhile, the first Indianapolis 500 race was held on May 30, 1911 and was won by Ray Harroun. Due to the fact that the Indianapolis 500 was not held during World War I and II, the 100th race is being held this year.

In a press release announcing the project, Jim Young, North American President of Davidoff Cigars, stated “Davidoff of Geneva USA is absolutely thrilled to be a part of this spectacular occasion. The traditions of both the Indianapolis Motor Speedway and Davidoff of Geneva USA are so incredibly intertwined in history. With the first running of the Indy 500 during 1911 and the opening of the first Davidoff tobacconist shop during that same year, we are proud to celebrate the rich traditions of both organizations and brands.”

Cigars have a connection with the Indianapolis 500 speedway through the Hulman family, the owners of the Indianapolis Motor Speedway where the race is held. It was Anton “Tony” Hulman” Jr., a Terre Haute Indiana businessman who bought the Speedway in 1945 and restored racing following World War II.  Hulman was married to Mary Fendrich, the daughter of Evansville Indiana cigar factory owner John  H. Fendrich. Today, Anton Hulman “Tony” George runs the Speedway.

The Davidoff Exclusive Indy 500 Edition cigars feature a traditional white and gold Davidoff logo with a secondary band featuring a black and white checkered flag as well as the insignia for the race’s 100th running.

Blend Cigar Bar was recently the recipient of a 2015 Davidoff Golden Band Award for Best Performance at a Single Location. The Davidoff Exclusive Indy 500 Edition will also be available online at www.blendbarcigar.com.

At a glance, here is a look at the Davidoff Exclusive Indy 500 Edition:

The cigar will be available in a 56 ring gauge “Super Robusto”. The cigars packaged in ten count wooden boxes. Each box will be individually numbered from 1 to 1,000. Blend Cigar Bar has pre-release pricing at $299.00 per box.