Cigar News: Viaje and Quesada to Partner on Juntos Project 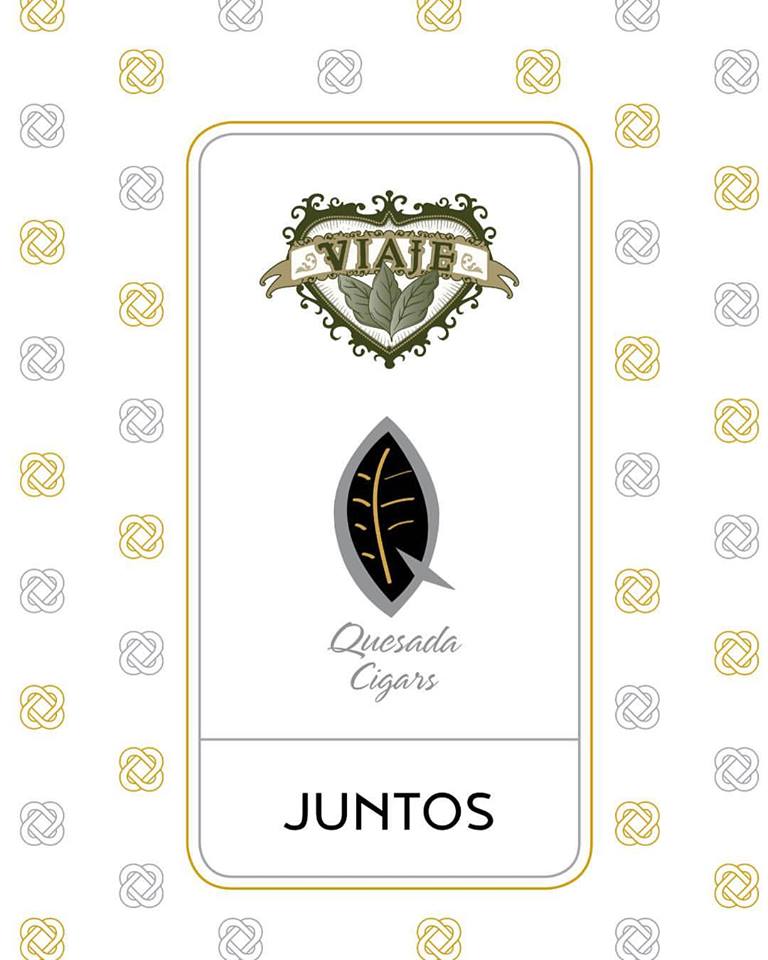 Viaje’s annual collaboration project has a new name, and a new partner. This week came word that Viaje will be teaming up with Quesada Cigars to produce”Juntos”.  Plans are for the Viaje Juntos cigars to make their debut at the 2016 IPCPR Trade Show.

The Viaje Juntos is the new name for the Viaje Collaboration Series – which has been renamed due to trademark issues. The new name still keeps to the spirit of the series as it means “together”.

According to a report by Cigar Aficionado and Cigar Insider, the Viaje Juntos will be made at the Quesada Cigars factory in the Dominican Republic. The blend consists of a Dominican Negrito wrapper, a Dominican Criollo binder, and a combination of Criollo 98 as well as some ligero for the filler.

Juntos will feature unique packaging. The cigars will come in a tall cylinder consisting of two interlocked tins. The top tin will contain ten 6 x 54 Toro cigars while the bottom tin will have ten 6 x 54 torpedo cigars. There will be 1,000 units produced containing the cigars.