Selected Tobacco has announced a line extension to its Byron Serie Siglo XXI line that will make its debut at the 2016 IPCPR Trade Show in Las Vegas this summer. The new size will measure 6 1/8 x 55 and will be known as the Byron Serie Siglo XXI Elegantes. This size had previous been available in the Century Selection Humitube pack. 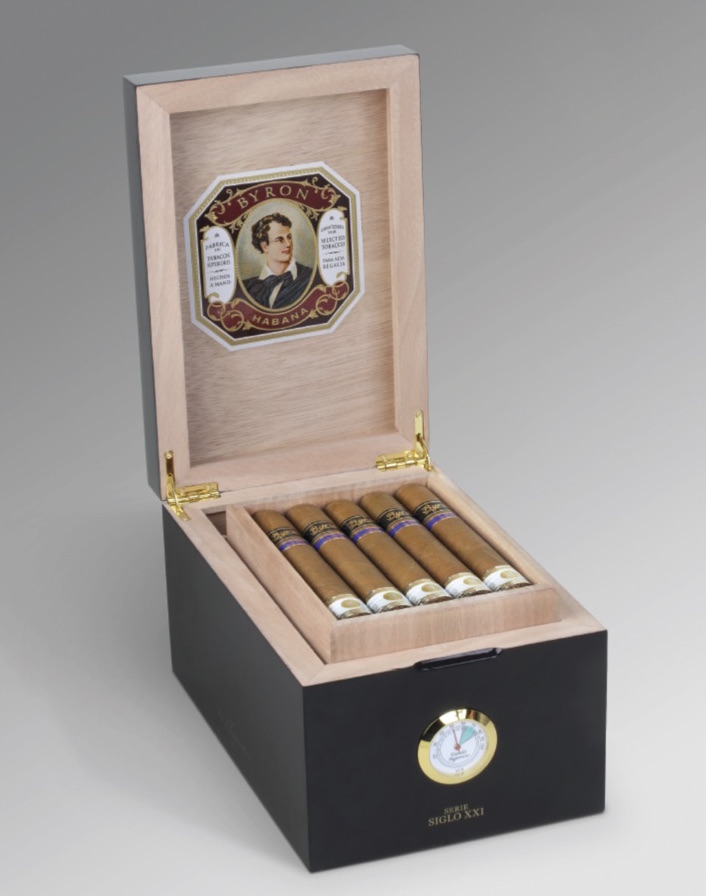 While in the past Selected Tobacco has kept blend components for its products under wraps, it is disclosing some details for the Byron Elegantes. The cigar will feature an Ecuadorian wrapper, a Dominican binder, and a undisclosed filler. All tobaccos used in in the Elegantes have been aged at least four years. Once the cigars are rolled, they are aged in cedar cabinets another five years.

The Byron brand traces its origins to Cuba in 1850 when the “Lord Byron” was created by Jose and Eusebio Alfonso – one of which was Alfonso’s great great great grandfather. The original cigar was made in a small factory in Santiago de las Vegas in the Havana province of Cuba. The name Byron honors George Gordon Byron – who was better known as “Lord Byron” – a renowned English poet. The brand lasted for over 80 years before it folded during the Great Depression of the 1930s. The brand would be dormant until 1998 when Nelson Alfonso would recover the Byron brand name.

Selected Tobacco is distributed in the United States by United Cigar.