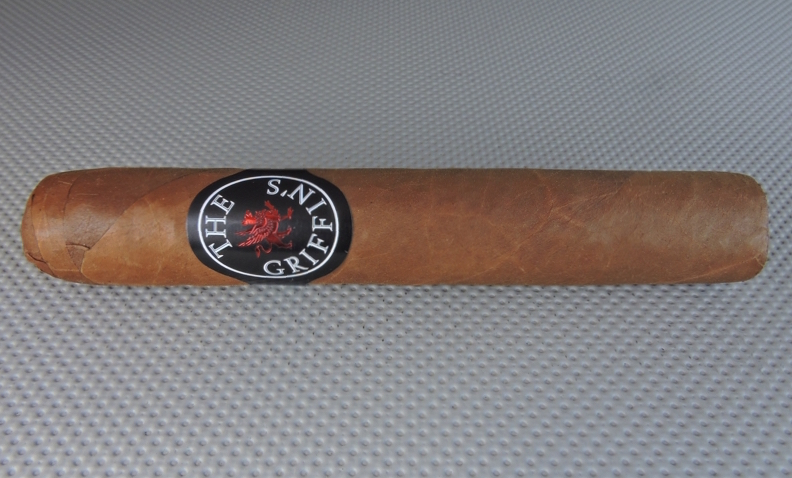 The Griffin’s brand has origins dating back to 1964 when Bernard Grobet formed The Griffin’s nightclub in Geneva. In 1984, Grobet created the first Griffin’s cigar (thus launching The Griffin’s brand) that was meant to be an exclusive to his club. Eventually he started selling the cigar around Switzerland which led to a more widespread distribution. This ultimately led to the sale of the brand to Oettinger IMEX AG – the parent company of Davidoff.

Without further ado, let’s break down The Griffin’s Nicaragua Robusto and see what this cigar brings to the table.

The Griffin’s Nicaragua is a multinational blend. It incorporates not only from Nicaragua, but also from the Dominican Republic and Honduras. The cigar is highlighted by a Nicaraguan Habano wrapper.

The Griffin’s Nicaragua is made in three sizes. Each is packaged in 25 count box slide top cabinet boxes.

The Nicaraguan Habano wrapper of The Griffin’s Nicaragua has a medium brown, almost caramel colored wrapper. There is a  light coating of oil on the wrapper. In addition, there are some thin visible veins and thin visible seams. I’d categorize the surface of the wrapper as slightly bumpy.

As I normally do, I went with a straight cut to remove the cap. Once the cap was clipped, I moved on to the pre-light draw experience. The dry draw delivered a mix of natural tobacco, hay, cocoa, and slight cedar note. Overall I considered the pre-light draw of this cigar to be excellent. At this point, I was ready to light up The Griffin’s Nicaragua Robusto and see what the smoking phase would have in store.

Out of the gate, The Griffin’s Nicaragua Robusto delivered a mix of cocoa, hay, and cedar notes. I found the cocoa and hay notes moved into the forefront quickly. The cedar notes became a background note. At the same time, the cedar notes were more prominent on the retro-hale.

Throughout the first third, the cocoa and hay notes alternated as to which was the primary note. By the end of the first third, there was also a slight natural tobacco note. Meanwhile some black pepper was now mixed in with the cedar on the retro-hale.

As The Griffin’s Nicaragua Robusto moved into the last third, the flavor profile pretty much stayed the same. The cedar and hay notes were primary and there still was a mix of cocoa and natural tobacco in the background. This is the way the cigar experience came to a close. The resulting nub was firm to the touch and cool in temperature.

The Griffin’s Nicaragua easily garners a nomination for one of the best burning cigars I have had in 2016. The burn was almost perfect on each of the cigars I smoked. I found this cigar maintained a straight burn path and maintained a relatively straight line. This was a cigar that needed minimal touch-ups along the way. The resulting ash had a silver color with some dark speckling. The ash was tight and firm – coming off the cigar in clean chunks. As for the burn rate and burn temperature – both were ideal. In a nutshell, this cigar earns an “Exceptional” rating for its burn. 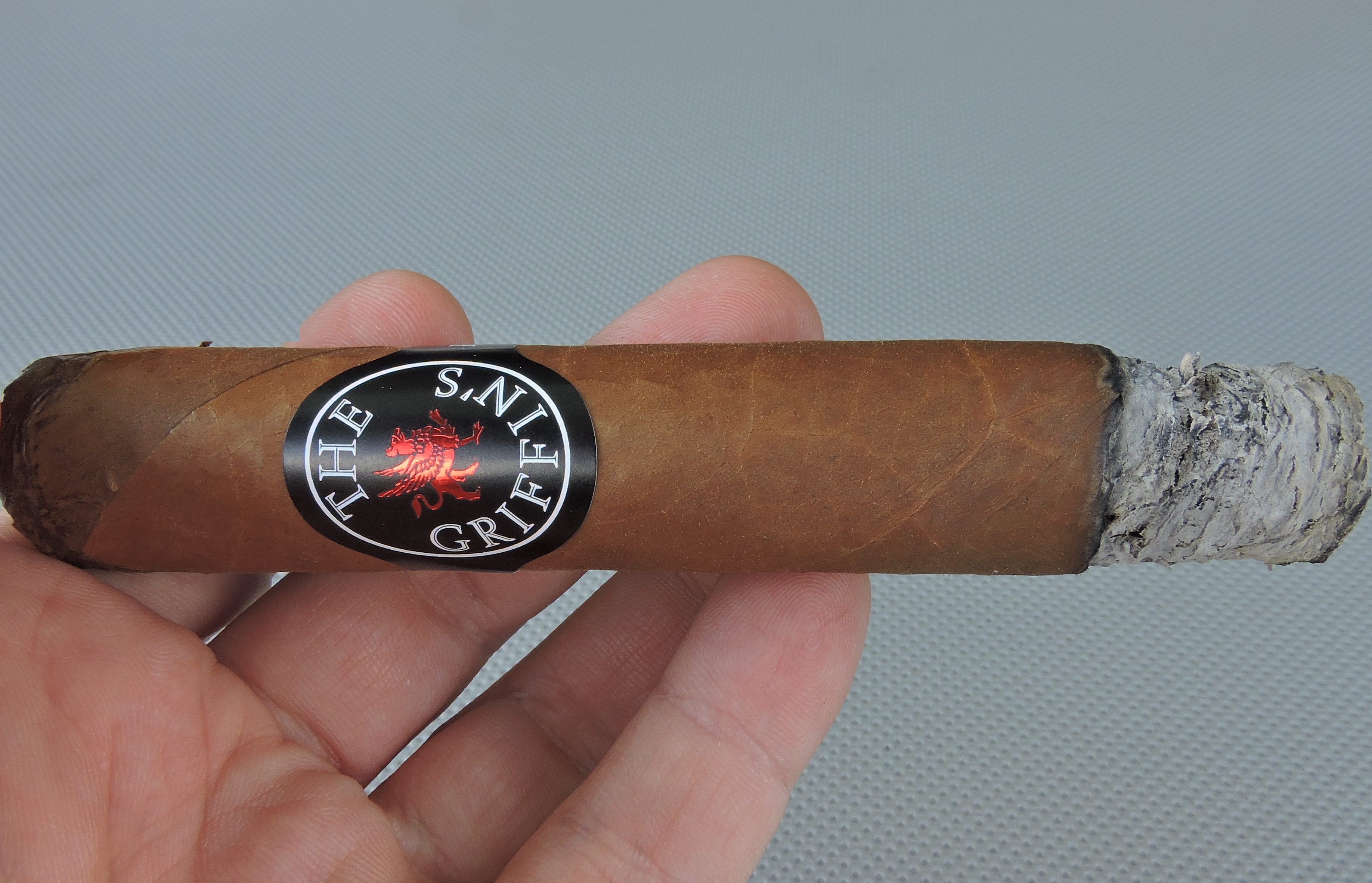 Burn of The Griffin’s Nicaragua Robusto

The draw performed excellent as well. There was a touch of resistance – which is something that I like. The result was a very enjoyable cigar to smoke from start to finish.

In terms of strength and body, I found both attributes balanced each other very nicely with neither attribute having the edge over the other. While The Griffin’s has a reputation as a milder blend, the Griffin’s Nicaragua is a bit bolder. I assessed The Griffin’s Nicaragua Robusto as being a medium strength, medium-bodied smoke. I also didn’t find this to be a cigar that had a lot of variance in the strength or body as the cigar experience progressed.

While The Griffin’s is one of the smaller and more low key brands in the Davidoff portfolio, it is not one that should be overlooked. There have been some very good releases in this brand – and The Griffin’s Nicaragua Robusto is a very good one. Not only is this an under the radar release, but it is one of the best Davidoff releases over the past 12 months. Finally as a bonus, my gut tells me this is a cigar that is going to well when long-term aged. This is a cigar I can recommend to either a novice or experienced cigar enthusiast. As for myself, this is easily a box worthy cigar – and one that I would smoke again.